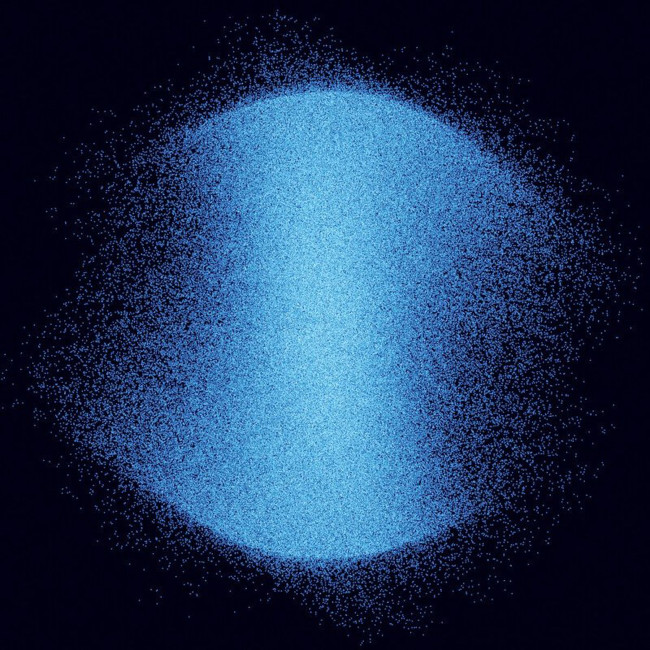 The album cover for ‘Infinite Granite’

Deafheaven are a US-based Blackgaze band formed in 2010. Since the beginning, and especially with their 2013 milestone ‘Sunbather,’ the band has consistently pushed the envelope when it comes to combining the mellow sounds of Shoegaze with the harsh gloom of Black Metal – furious, blast-beat-driven walls of sounds leading into a soft piano solo were the norm, not the exception.

This formula has been pushed to the extreme with Sunbather’s follow-up, ‘New Bermuda,’ moving the bleakness to a new level. However, the band dialed sharply back with the following album, ‘Ordinary Corrupt Human Love,’ which abandoned a large part of the chaos in favor of slower drum beats, less distortion, and overall a more optimistic tone. The harsh vocals remained, however, with a few exceptions.

It’s this pretext that makes the sound of the latest Deafheaven release, ‘Infinite Granite,’ less ambivalent than one might expect: nobody exactly saw it coming, but it makes sense when you consider the steps that lead to its inception. And this is also what makes the album difficult to rate for me. On one hand, we’ve got exceptional Shoegaze that’s crafted to perfection. But on the other hand, the album never shies away from letting us know what we’ve “lost” along the way. A common observation is starting slowly and then ending on a near-climax; this review draws a lot of parallels.

Let’s go through it step by step.

The album kicks off with ‘Shellstar’ and you immediately know what you’re getting into with the soft synth pads laying the foundation of what’s to come. The moment the first chorus kicks in– hold on, a chorus? Yes! Previous Deafheaven albums didn’t really follow a traditional verse-chorus-verse structure, but with songs upwards of 10 minutes, that’s to be expected. With an average song length of 5-6 minutes, the songs are still longer than your average pop song, but definitely way closer to those.

It’s after this song, however, that the album loses me and doesn’t really know how to pick itself up again. From here on out, every song is more or less suffering from the same problem: Deafheaven’s talent to build up excitement and tension, only they do not release it anywhere on this album; or at the very least, not enough. In the old albums, this was used in a clever way by making eventual chaotic breakdowns feel like climaxes after long downtempo sections. But here it’s the opposite way around, like a valve that’s only been twisted for about half an inch, when the boiler is already about to blow up.

‘In Blur’ is a good example of where it almost works, but it just doesn’t quite reach any conclusion. For the first roughly four minutes, the pace is roughly even. Then, by the end, some tension starts to finally build-up, only to let it all go nowhere, as the song ends.

The lead single ‘Great Mass of Color’ follows and personally shows one of the greatest weaknesses of the album: George Clarke’s clean singing. It’s not the timbre or even the melody, it’s the lack of power. Whether this was intentional or not to give the songs more of a desperate, pleading sound, I don’t know. What I do know is that having a big chorus with energetic major chords being accompanied by a voice that sounds like it’s not really in there doesn’t help. However, it’s worth noting here that the song ends with a climax as the voice picks up a hint of the old shrieks again. You can hear the notes that are being sung, without sacrificing any of the power. It is that exact voice that I would’ve loved to hear more of throughout the album!

But just as the energy seems to have returned, they immediately drop it again. After ‘In Blur,’ instead of a sound explosion, the song leads directly into the instrumental, electronic piece ‘Neptune Raining Diamonds,’ serving as a transition to ‘Lament for Wasps,’ a 7-minute beast that doesn’t sound too different to the opener ‘Shellstar’ in terms of song structure. Up until the finale at least, when a very unexpected guest enters the room: double bass. If mixing Metal with a hint of Shoegaze annoyed purists back in 2013, mixing Shoegaze with a hint of Metal won’t please them either, as the clean guitars and singing hum along throughout.

Whatever it is, the final song of the album, ‘Mombasa,’ is single-handedly the reason why I’ve even decided to spend so much time going into lengths about why I dislike the constant energy being built up, only to lead to nowhere. If you’ve heard the song, you already know what I’m talking about.

The album finale starts as probably the slowest piece yet, a calm melody played on acoustic guitar, as campfire sounds crackle away. Then the drums and soft singing join, as the bass lays down a foundation of comfort. All the while, a constant feeling of optimism is increasing, the piano slowly converts into a forte.

And then, 5:26 happens. Seriously, if you have any time to spare, listen to the song and skip to that timestamp. About three minutes of the song – of the album – are left, and with one bombastic, triumphant return, Deafheaven speak in their own language to let you know that they’re very much still aware of their origins. Clarke’s unremarkable shrieks, blast beats, and the feeling of 45 minutes of pent-up climax denial finally getting unleashed.

For everything I’ve said so far, these last three minutes make it worth it. If not for the musicality involved, then for the band showing they’re still very much there, and very much not going anywhere.

The only thing that’s left to ponder about is what the intention of that heavy finale was. Was it solely to fit the contrast of the otherwise slow ‘Mombasa?’ Was it to say goodbye to the old sound, like looking around at your hometown for one last time as you move into a new city? Or was it just to mess with the old fans?

Whatever the answer is, to me, it’s a sign of optimism. Described in a single comparison: ‘Infinite Granite’ is to Deafheaven what ‘Shelter’ was to Alcest. Or in more precise terms, a Blackgaze band going full Shoegaze for an album. Alcest did return to their traditional sound afterwards, leaving Shelter as the odd-one-out, but still appreciated when it comes to mixing up setlists. Maybe that’s what Deafheaven were striving for as well? More songs to not have the concerts be one continuous wall of sound?

Only the future can tell.