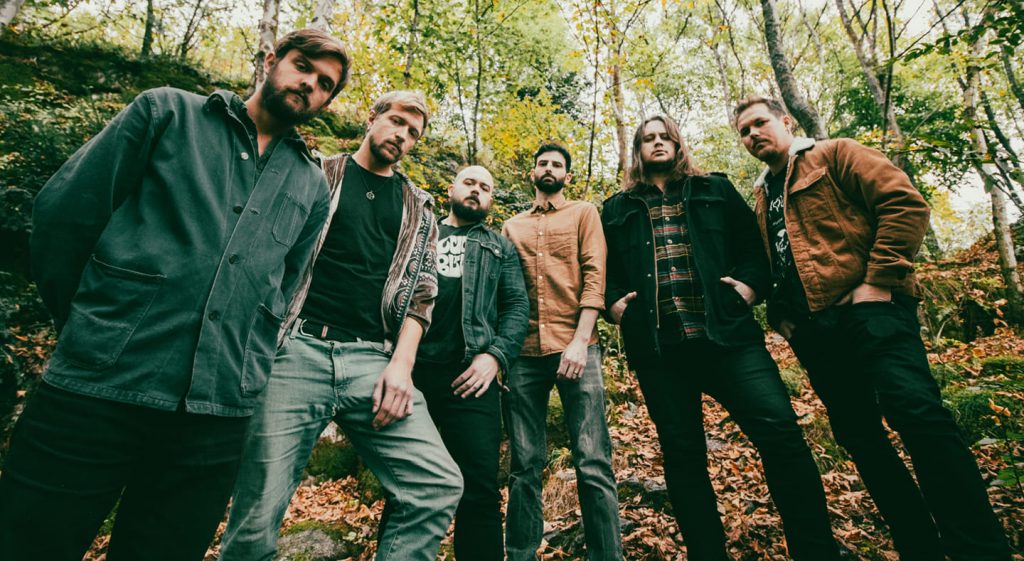 Himmellegeme in their natural habitat

As the world is still coping and responding to the Covid-19 pandemic, Norwegian atmospheric prog-rockers Himmellegeme have now released their second album ‘Variola Vera’. The tile is a reference to another highly infectious disease Small Pox that was eradicated by use of inoculations in the mid to late 1970s . Himmellegeme states that their influence for the album was to portray the impact we humans have on planet earth, and the destruction we lay in our wake wherever we go. Not only in regards to the planet itself, but also to the people inhabiting it.

So let’s dive into the album. Their previous release, 2017s ‘Myth Of Earth’, followed a song structure popular with atmospheric rock music of establishing a valley at the beginning of the song and riding out that valley for a majority of its length until the end where it would jump up to a climactic peak. “Variola Vera” portrays a much more mixed group of  song structures than it’s predecessor and also one new major ingredient in groove rock. Himmellegeme has also announced some lineup changes to the band. Returning is the bands lead vocalist and rhythm guitarist Aleksander Vormestrand, lead guitarist Hein Alexander Olson, and keyboardist Lauritz Isaksen . Newly added to the lineup is bassist Stian Brungot, drummer and backing vocalist Leiv Martin Green, and acoustic guitars and percussionest Matt Weigand.

‘Shaping Mirrors Like Smoke’ is the opening track and immediately establishes the band’s reliability on the new song structure as it opens with a brief atmospheric setup between the keyboard and lead guitar. Based on the previous album you would expect this type of setup to last for a long period of the song, but just a few seconds in you’re hit with Green’s drums and Brungots bass and a wall of sound amongst all instruments establishing what will be the songs chorus. This quick climax establishing the songs chorus is short-lived as it’s brought back down to its valley as Vormestrand starts in with the vocals for the first verse. The song’s shape and sound is a lot like Marillion’s Hotel Hobbies, a roller coaster ride of early moving keyboard followed by a large full chorus and brought back down again and again for the verse sections and solos.

The band’s addition of Weigand’s acoustic guitar work is put on full display in the second track titled Heart Listening as it opens acoustically with some accompanying slide guitar and keyboards. You also get to hear Vormestrands lush falsetto singing during this intro. This introduction sounds very Opeth like as it comes to Opeth’s more acoustic driven tracks like I Feel The Dark or Universal Truth. Next the drums and bass enter adding a nice slow driving groove with a nice ambiance added in the background as the vocals continue. A really nice moment for this song that is great ear candy is at the 2:30 mark as we get an interlude with multiple layers of moving acoustic guitars and Vormestrand holding out some longer falsetto notes. All other instruments gradually join in creating their own melodies and counter melodies. Eventually they all build back to the drums and bass establishing the original groove for a nice lyrical guitar solo.

‘Blowing Raspberries’ the third track on the album is the first to flaunt this new ingredient in Himmellegeme’s arsenal of groove rock. As the song follows a very mechanical boom chunk groove from the bass that persists throughought its entirety. To describe Blowing Raspberries, it sounds like Himmellegeme had set out to make a 2021 recreation of The Cars’ song ‘Moving In Stereo’ from their 1978 self-titled album. For many this will trigger memories of the famous Phoebe Cates pool scene from the 1982 film Fast Times at Ridgemont High as Moving In Stereo is the song playing during that scene. Blowing Raspberries  begins with the same distant sound of a spaceship ascending and immediately goes into that boom chunk groove that both songs employed. You are also treated to a repetitive thump thump thump thump mechanical breakdown section as well which was also a highlight from Moving In Stereo. Special props are given out from me for this songs use of pixel art in its music video that gives the appearance of a classic NES or PC video game.

The Icelandic post rock band Sigur Ros is another influence of Himmellegeme and that influence is heard a lot in the fourth track titled Brother. Brother opens with block acoustic guitar chords strummed with Vormestrand’s falsettos singing over sounding very reminscient to Jonsi of Sigur Ros. The keyboard’s use of bell and celeste-like instrument sounds is also another feature you hear a lot from Sigur Ros that Himmellegeme also use in brother. The song continues to grow as drums and a looping bell part are added to the vocals.  The song climaxes as it builds to an ambient guitar solo. Without context I could see many listeners thinking this actually is a Sigur Ros track.

‘Let The Mother Burn’ returns to the more pyschadelic and atomospheric roots of their first album. Again we get some nice ear candy in the intro section with the combination of sitar drones, electric piano, simple guitar lines and moving bass all working in tandem very well. The chorus has some intensity as the falsetto vocals take on a chant like feel with all other instruments moving below it. Musically it sounds like a magical summoning procedure from fantasy stories. The second time through the chorus adds an element of distortion to make it even more intense which brings us to the tracks conclusion. 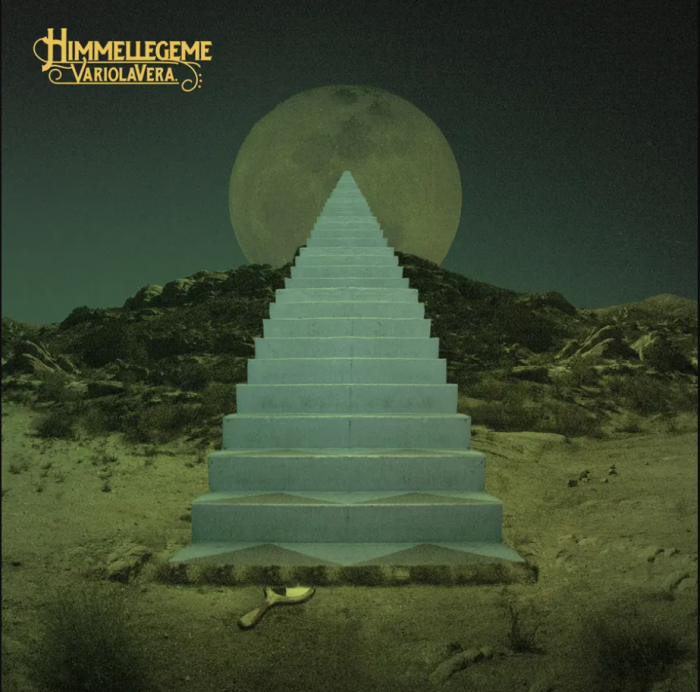 ‘Caligula’, the next track, is similar to ‘Blowing Raspberries’ with its mechanical sounding grooves and monotone vocals. The song switches in and out from standard time to double time feels between the verses and choruses. Caligula features one of the more moving and shred like guitar solos as most have been of a lyrical nature to that point on the album. A nice moment happens with that guitar solo leading to a drop off point in the song to where all the instruments gradually join back in to build up to the final chorus.

‘Agafia’ is the second to last track and it starts off with a repetitive moving guitar part that comes and goes often throughout the track usually leading to a lead guitar-driven chorus. The song feels like an instrumental as the vocals are there but work more in the background while the focus relies on those lead guitar parts and grooves established by the other instruments.

The final track is the title track ‘Variola Vera’. It acts kind of like an epilogue to the album as it’s a short ambient acoustic track that builds in intensity to the albums finale.

Upon receiving this assignment I had not previously listened to Himmellegemes music. After research and several listens to both of their albums it is easy to see that they do often wear their influences on their sleeve but at the same time blend those influences to create their own unique sound. This sound made for a very enjoyable album and I look forward to listening to them more in the future.