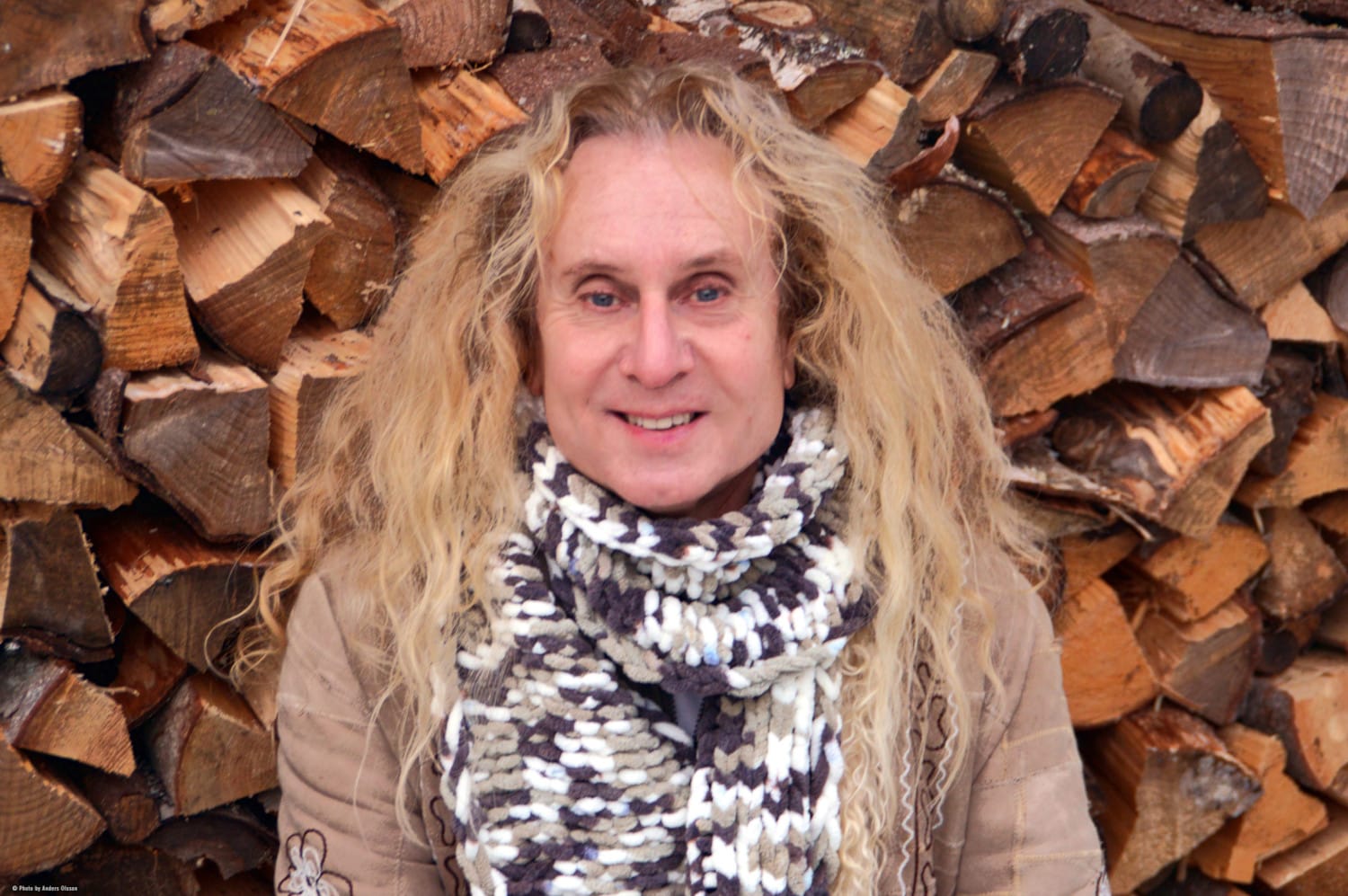 The man himself, Nad Sylvan

After taking a 12-year solo release break after releasing ‘Sylvanite’ in 2003, Nad released a trilogy of albums starting in 2015 with ‘Courting the Widow’, ‘The Bride Said No’, and The Regal Bastard’. And now he is back, with a brand new solo album ‘Spiritus Mundi’.

For those that don’t know Nad, he’s usually found fronting the Steve Hackett live band singing Peter Gabriel’s parts in the Genesis sections of the sets. He’s also sung with Agents of Mercy, as well as guested on a handful of albums from The Flower Kings.

Nad’s gone in a different direction with his creative process making this record, and forced himself to focus on the vocal arrangements instead of the lyrics, relying on the famous poet William Yeats to provide the literary content. This is also the birth of a new musical collaboration with Andrew Laitres, a Canadian multi-instrumentalist and composer, who provided much of the founding material for the album’s instrumental side.

It’s a far more peaceful work, making one conceptualise a tranquil atmosphere as the music progresses. There’s plenty of acoustic orchestration from an oboe to a Chinese flute. Having an assortment of guest musicians to lean on such as Steve Hackett (12 string guitar), Tony Levin (Bass), Jonas Reingold (Bass), Mirkko De Maio (Drums), and more allows for varied playing throughout the work to create an enthralling blend of variety.

The album opens with ‘The Second Coming’, based on the Yeats poem with the same name. We’re met with an intro packed full of orchestral arrangements before leading into an acoustic section to give Nad’s vocals a place to shine. I enjoy the gentle build throughout this track so as not to give anything away too quickly.

‘Sailing to Byzantium’ is slightly more upbeat as it progresses on to one of my favourite parts of the album which sounds heavily inspired by the traditional folk reel. There are also some wonderful string parts on this track too that weave in and out of the music to create a softer texture.

‘Cap and Bells’ starts by showcasing Nad’s pipes with an accompaniment of nature sounds enveloping the acoustic field, before building to an emotional chorus. I love the gentle piano solo with the strong bass accompaniment that creates a window of melodic interest to bridge together Nad’s vocal sections. There are so many nuanced moments happening in the background of this track that are easy to miss without a careful ear.

I believe that ‘The Realists’ is the track to feature what I presume is the Chinese flute, although I’m not too well versed in that genre of instrumentation to be able to identify it purely by ear. The short solo moment is wonderfully peaceful whilst retaining a technical fortitude. It sounds beautiful accompanied by the harpsichord that has featured across many of Nad’s previous albums. It’s almost a signature mark for him – and at this point, would it really be a Nad Sylvan album without one?

‘The Stolen Child’ is the first moment on the album where my ear explicitly picked up an electric guitar. Used as a gentle textural addition underneath the main vocals, its subtly and simplicity really showcase the stripped-back approach to composition on this record. Being used to hearing Nad accompanied by Steve Hackett’s virtuosic electric guitar playing in live scenarios, this is certainly a welcome exploration in his musical path.

‘The Hawk’ is enough example of a track where the paint for this album has been delicately laid on the canvas. Nad’s vocals intensify on this track, we have a more lively bassline keeping a bouncy 6/8 time signature to energise the back half of the album. The key changes and accompanying strings give the listener a real sense of progression following the story of ‘The Hawk’ as it flies towards the end of the record.

Overall I’ve found ‘Spiritus Mundi’ to be far more reserved than Nad’s previous recent trilogy of works. Possibly due to the fact that this is a collaborative album with Andrew Laitres, a musician he’s not worked with in great capacity in the past. If you’re looking for a more stripped back acoustic release from this artist, then this album is certainly for you! I loved it.

And as always I’m curious to see what Nad comes up with next, as well as feeling eager to see him back on the stage once again with Steve Hackett once restrictions on live shows start to lift.

Corrections: We’ve heard from Nad that the Chinese flute can be found in the outro of “To An Isle In The Water”. And that there in fact aren’t any electric guitars on “The Stolen Child”. It seems like this writer needs their ears checking… Thanks Nad!