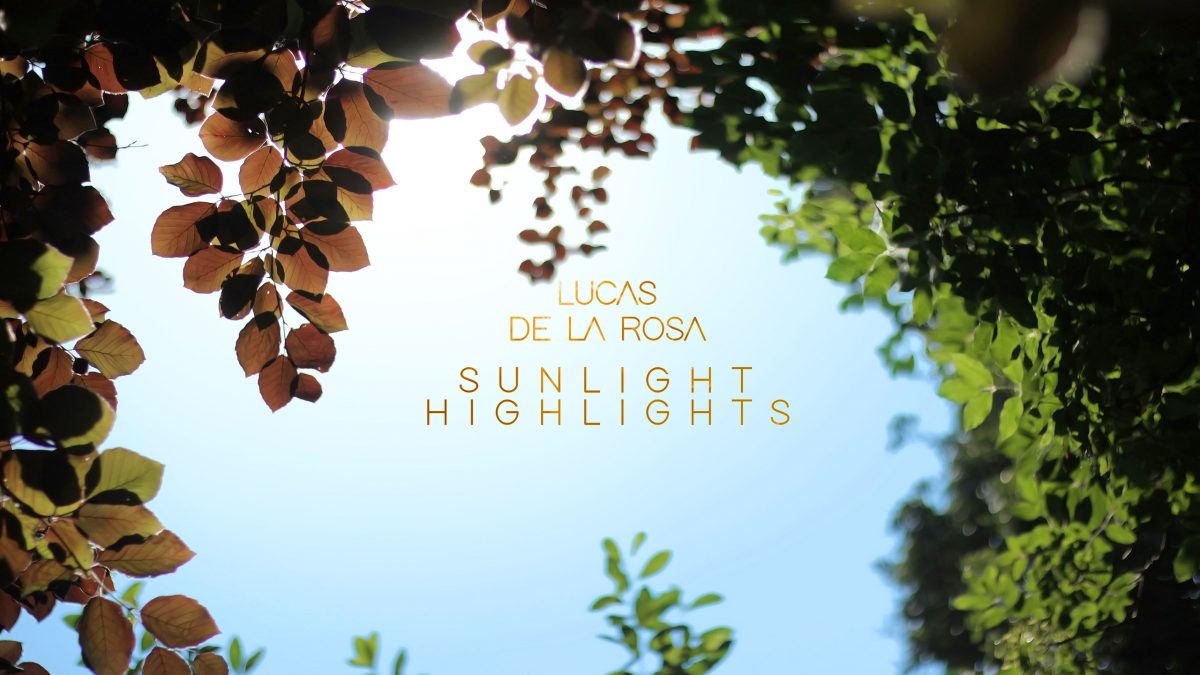 Lucas de la Rosa has released their first ever solo EP entitled ‘Sunlight Highlights’. Other than Sithu Aye guesting on ‘Sky’, all of the instruments are played and programmed by Lucas themself.

Coming in at 19 minutes long, Lucas has packed in everything the modern instrumental metal listener would desire into a snackable size, and leaves us wanting more. A lot more.

‘Lightrays’ starts off the EP full of complicated tapping melodies on the guitar, something that has become almost synonymous with the instrumental prog genre in recent years. The synth pad patches soar over chunky riffs which create a grandiose sound across the frequency spectrum. Lucas has mastered the push and pull of instrumental prog and knows exactly when to add in mellower sections to let the track breathe.

‘Sky’ features Sithu Aye whom is notorious for covering music from various anime, as was the case at Radar festival last year…  You can hear his influence on the solos in this track throughout.

‘Waaar!!!’ is the heaviest and shortest track on the EP, starting with relentless riffs reminiscent of ‘Nil By Mouth’ by Haken – a track that Lucas covered last year on their YouTube channel where they single handedly played every instrument.

‘Original Condition’ is the final track on the EP the latin piano breakdown in the middle of the track reminds me of ‘Dance of Eternity’ by Dream Theater. Lucas demonstrates pin point precision with their staccato guitar playing here with a plentiful amount of perfectly articulated licks. Furthermore, the high tempo that they’ve chosen to write the track in creates a need for extreme precision which is absolutely delivered on.

Lucas was kind enough to answer some questions I had about the release.

Grace: What are your biggest musical influences for the EP?

Lucas: Audience from the niche might mostly recognise ‘Helix Nebula’, ‘David Maxim Micic’, ‘Periphery’, ‘i built the sky’, and ‘Symphony X’. You can tell it draws from many artists off outlying genres, namely j-pop/k-pop, math rock/post-rock, jazz/R&B, pop-punk, and tech-death.

Grace: How long did it take to from initial composition to finishing for release?

Grace: Where did the album artwork come from?

Lucas: “Sunlight Highlights” means these songs are 4 highlights of all the tunes i had been writing during daytime when it was sunny and I was happy. So the artwork is a pic i took in the closest park to my house, it was the most literal way to picture the point of the EP.

Grace: And finally, when can we expect more?

Lucas: I don’t really plan on having a steady schedule for my solo releases though, I can’t force inspiration – but I probably will occasionally drop standalone singles i think. I also have ideas for future solo full albums in a rather wildly different style, but that’ll take some time.

You can support Lucas by buying the release on Bandcamp, and following them on social media.