BRUIT ≤: ‘The machine is burning…’ Review 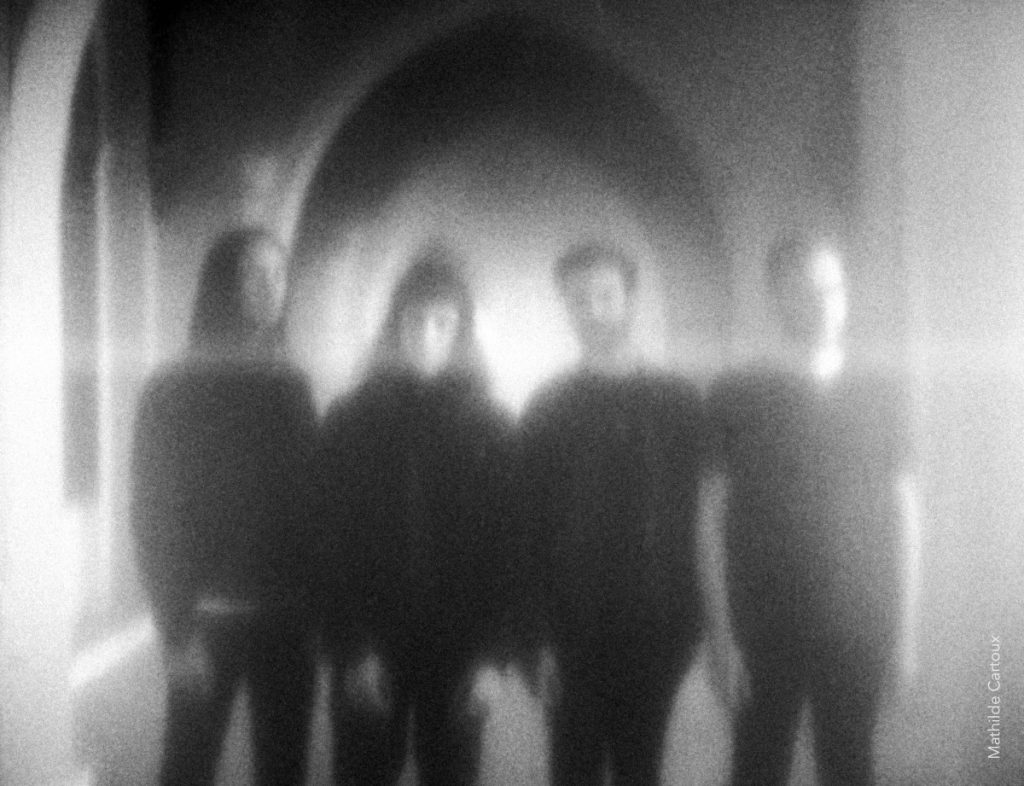 Recorded last November in the Gesu church in Toulouse, France – ‘The machine is burning and now everyone knows it could happen again’ is the debut studio album from BRUIT ≤. It’s a very atmospheric album that’s been a slow burn, but I consistently come back to it and fall in love with the soundscapes that the band create – alongside the instrumentals.

“The album is written like an imageless movie, containing two chapters that illustrate an inevitable repetition of events and a vicious cycle that human civilisations are stuck in. It is an existential tale describing a humanity that experiences apocalypse and rebirth.”

‘Industry’ is the first track of four tracks on the album, starting off with an unsettling soundscape. As the track builds, it beings to move into a slightly more structure instrumental section, with the strings bringing the music to life. BRUIT ≤ have used a Violin (Clément Libes) paired with a Cello (Luc Blanchot) to create delicious harmonies over a complicated drum beat (Julien Aoufi) – whilst still retaining an eerieness as painted by the accompanying sound design. Theophile Antolinos brings in guitars to create yet another textural element to the already dense mix which is the icing on the cake for me.

The further into the track you listen, the more it starts to build and build until it eventually explodes into an atmospheric wonderland. Unfortunately, I’m not well versed in French, so the lyrics are sadly lost on me.

I love the subtle transition into the next track ‘Renaissance’. Clearly to show that this is the next track in a suite of music. Straight away we are brought into the music with a new texture from an acoustic guitar blended with piano. Gradually a lead violin line comes in and it’s just astoundingly emotive. In some ways, the minimalistic style arrangement reminds me of Mike Oldfield’s ‘Tubular Bells’ with how the repeated melodic motifs are introduced and developed upon gradually as the music progresses.

I won’t spoil any more of the surprises in ‘Renaissance’, but it truly is essential listening.

‘Amazing Old Tree’ starts the second half of the album and focuses much more on synths and sound design as opposed to orchestral composition. I love in particular how the unlying piano motif stays consistent whilst the synths on top create chaos and uncertainty that juxtapose the overall composition.

The final track ‘The Machine Is Burning’ I’d like to say has some doom metal influences. Heavy, slow, progressive, as well as still keeping the emotive atmosphere we’ve grown to fall our ears into over the course of this musical masterpiece.

This album pulls on so many of my heartstrings, blending new with old, classical with electronica. It’s absolutely beautiful, and certainly worth checking out.