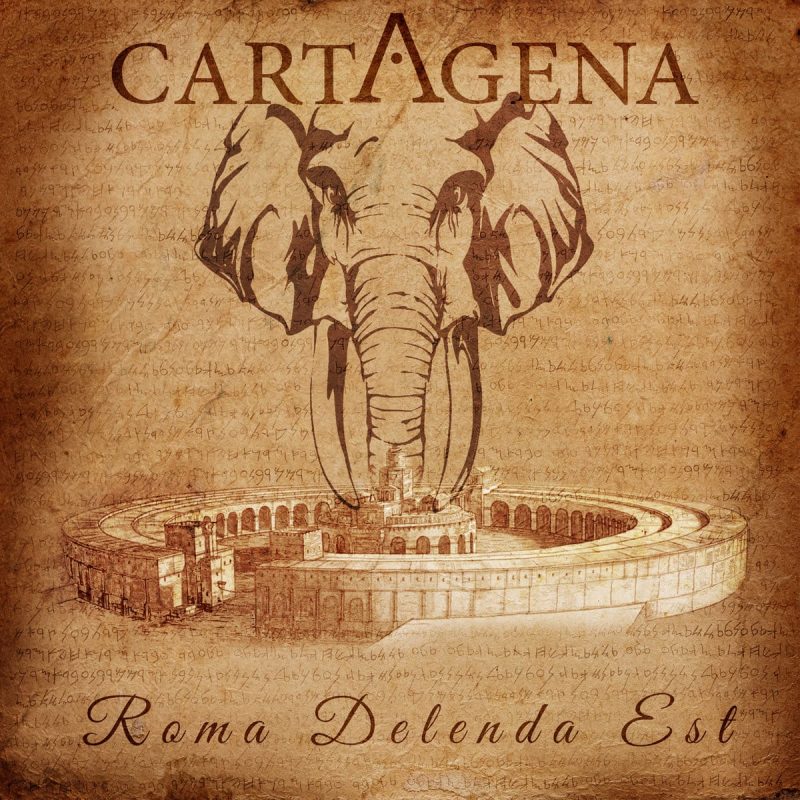 ‘Why You Should Try’ (WYST) covers albums that have slipped through the cracks when it comes to mainstream recognition. The articles are designed to give you a taste of what you’re missing so that you can check out the album yourself.

‘Roma Delenda Est’ is a symphonic prog metal concept album that covers the 23-year conflict between Carthage and the Roman Republic for domination of the Mediterranean known as the Punic Wars. It is the debut and only album released by the Tunisian band Caratena. The narrative is a work of historical fiction, providing vignettes of the war between Rome and Carthage in a way similar to a documentary. The opening track, ‘Prelude’ sets the stage for the album’s story. In this track, a father sits by a campfire and tells his sons about the warriors of old who valiantly fought to protect Carthage from Roman conquest. The following track, ‘Roma Delenda Est’, is a glimpse into ancient history that features an orchestra, sounds of swords clashing, hearts beating, horses galloping, and a soldier crying out ‘for Carthage!’. The music takes itself seriously but permits itself the perfect amount of corniness.

To rehash what I have implied, the theme of this concept album deserves notice. The Punic Wars are rather ancient history, having limited cultural presence in modern times. The most significant names to come out of it are Hannibal Barca, Scipio Africanus, and Cato the Elder. History remembers Rome- the victor- but Carthage is often overlooked. This is largely due to its tragic history. Legend says that the Romans salted the earth around Carthage so that the one-great power would never rise again. Whether that is true or not, Carthage became a Roman stronghold before being conquered by the Umayyad Caliphate. Rather than hold the city, the Umayyads chose to pillage and destroy Carthage to keep it out of the hands of the Byzantines. Islamic forces then lost the city’s fortress to the Crusaders in the 13th century. Upon recapturing it, the Islamic forces chose to destroy the fortress so it could never be used again. Much of Carthage has been lost to time and warfare. In this way, the Tunisian band Cartagena celebrates its nation’s cultural roots.

The album is like listening to a documentary. Samples of busy markets, swords clashing, and fires burning are used to great effect. Their judicious application, paired with the lyrics, paint images of Carthaginian streets, cavalry charges, rainy valleys, and sieges. What makes the album sound like a documentary rather than an audiobook, however, is the orchestral arrangement. It is masterfully arranged, almost as if it were for a major TV network like the History Channel or National Geographic.

The narrative, samples, and choice of genre lend themselves to some very unique songwriting. While the track ‘Glory’ is heavy and evokes images of Carthaginians valiantly heading off to war atop elephants, the track ‘Liu Heng’acts like a subplot that forays into exotic Asian territories. A few tracks later, the listener will then come across the song ‘Progenies’, which integrates Middle-Eastern elements. As a consequence, ‘Roma Delenda Est’ is as beautifully diverse as the historic Mediterranean cultures it features. If you decide to give Roma Delenda Est a try, it’s worth your full attention.