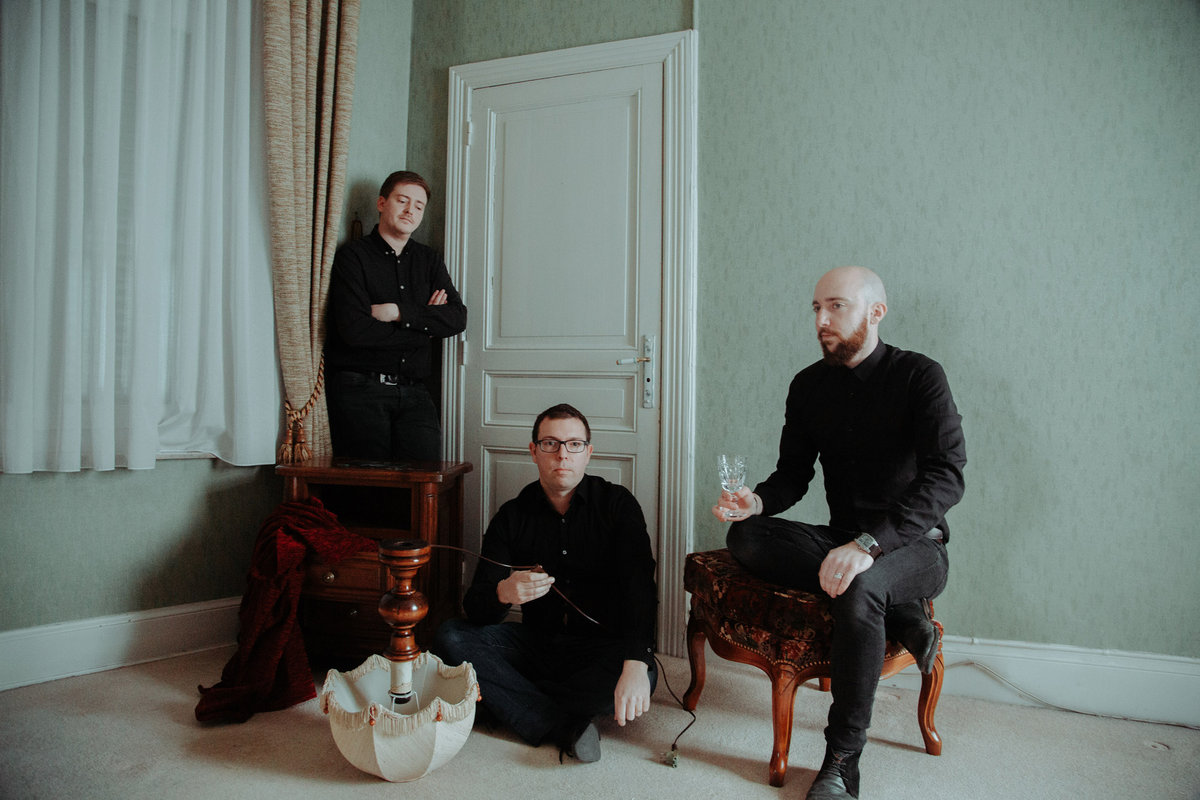 Just when I thought that screamo had been explored every which way possible, the French Trio Lorem Ipsum release their second studio album – that just sounds like little else. Hoarse, screamed vocals against a backdrop of vibrant neo-classical music that, at times, sounds like a pastiche of all the classical greats. Featuring just an acoustic trio of instruments, the band has shone the genre of screamo in a novel light. Unencumbered by any preconceived notions of what the genre should entail, Lorem Ipsum are ploughing fallow fields of screamo to sow the seeds of a new crop that hopefully will soon be incorporated into the recipes of musical staples.

For much of the runtime of the album, the backbone is formed by the violin and the keys – with an acoustic guitar playing second fiddle to the violin. Gently nestled in this carefully constructed framework lie the screams, omnipresent but never overpowering. The sheer delivery of every melancholic lyric flanked by plangent instrumentals effectively convey a certain painful emotion that transcends language. The group says this is a concept record about “body failures” – the lyrics tell stories of heartbreak and loss, covering topics from war to alcoholism. The group seem to be exploring the ragged edge of human desperation, moments where one is faced with losing it all.

The album features some clever interpolation of the dramatic rhythmic flourishes often found in screamo onto a neo-classical context. Haggardly wavering violins push a certain dramatic ethos that lends itself to the genre. They help propel the songs to a feeling of power, notwithstanding the absence of two established appointments of this genre – the drum and bass. Dramatic dynamic shifts and urgent melodies lend themselves to the general theatrical feeling, rooted in grounded emotions. Tasteful execution that never feels overbearing ensures fundamental accessibility. The instrumentals are gracefully fluid, yielding to the natural ebb and flow of the music, accentuating the poignant melodies featured here.

Much of the dynamicity of this album is propelled by brisk violin playing. Right out of the gate, the opening tracks, “Damoclès”, and “Andrée”, feature such windy violins after incrementally electrifying build-ups. The second track opens with a mournful, key-driven segment that quickly ramps up in energy – a perfect example of how the band maintain thematic intensity. The band showcase their variety through a beautiful confluence of neo-classical chamber and dark-folk music in the form of the fourth track, “Patrick”. Opening with meditative vocals and fingerstyle guitar, this track has an earthly feel.

The lyrics mirror this pastoral mood, featuring lines such as «Comme toutes les semaines, son fils à l’affût//Du bruit du moteur qui retentit dans la rue» and «Debout dans la cuisine, les heures défilent// À échanger des mots indélébiles» that discuss mundane tasks till a breaking point where the singer, Maxime, as Patrick, screams at his father, asking him what he thinks of the verdict. Parallelly the instrumentals spool up into life in a perfect example of synergy between the lyrics and the instrumentals.

There’s an immediacy to the sound as the songs push through in earnest, and it fittingly is devoid of any underlying sense of resolution. The fast-paced, high energy music isn’t exuberant and doesn’t feel wistful — it bears an inescapably stark and desperate aura. The final track, “Véro” alternates between faster and slower sections, representing different points in one’s life, before slowly devolving to static noise – “body failures”, as the band puts them, are inescapable.

My introduction to western music came through progressive rock in all its glorious exuberance, after which I migrated to punk and its subgenres – the aggressive melodrama that is at the centre of this music spoke to me. Over time, I’ve grown to appreciate more mature, stripped-down music that accomplishes the same with steadfast simplicity – arrangements that are stripped down, yet masterfully executed. This album is a point of convergence, blending into a near-perfect masterpiece that has far more than just the appeal of novelty. It is a polished, well-produced monolith of multiple stories backed with beautiful, engaging neo-classical arrangements and passionate vocals.