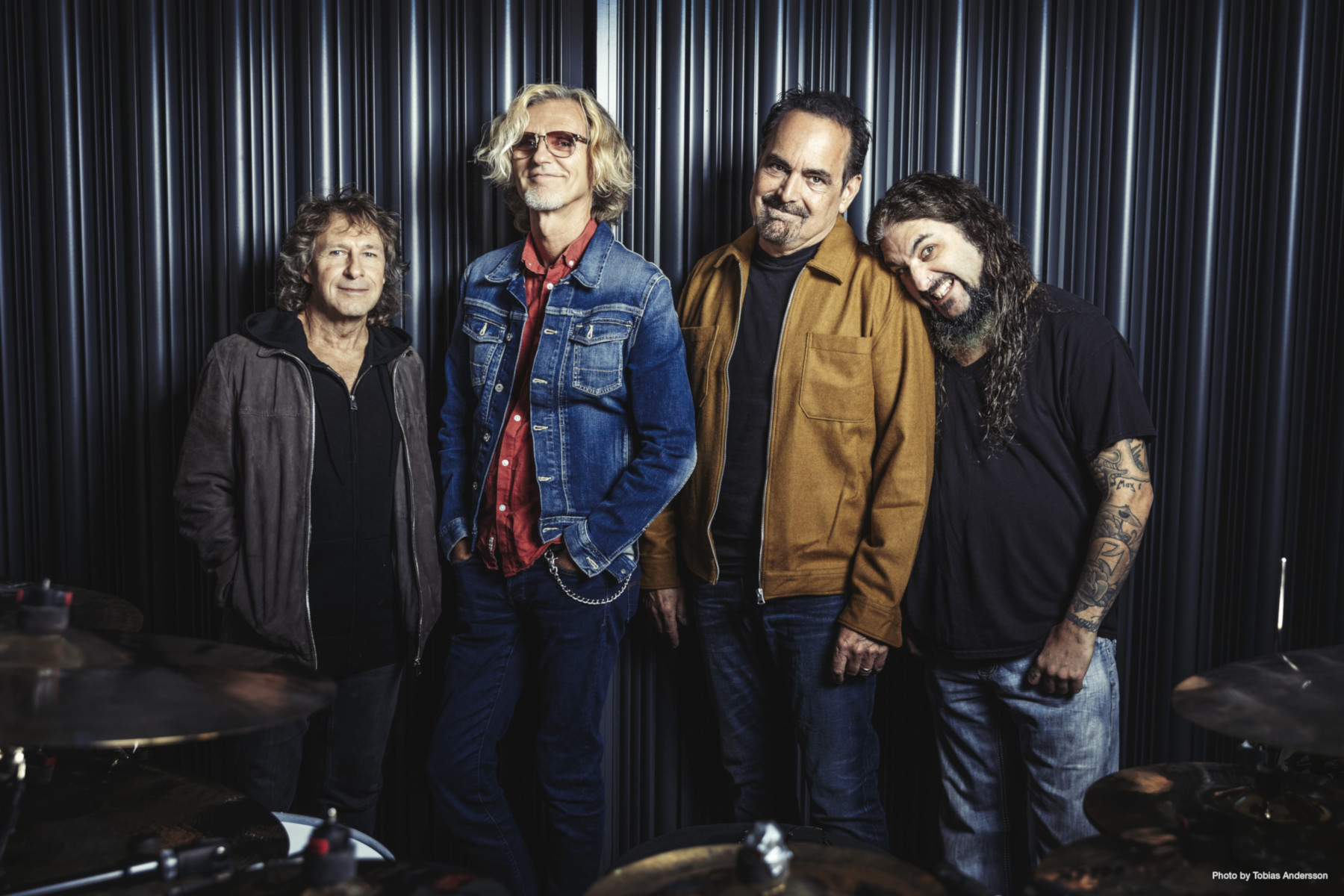 Transatlantic, originally formed in 1999, is a progressive rock ‘super-group’ consisting of

If that level of royalty and influence isn’t enough to draw you in straight away, then I’m not sure what will be. These legendary musicians have once again gotten together for a 5th studio album, over half a decade since their last release ‘Kaleidoscope’.

It’s also worth noting that this is the 4th release from Portnoy and Morse in the last year. Those two never seem to catch a break! And are already working on the Neal Morse Band’s next studio album…

‘The Absolute Universe’ is slightly different from prior Transatlantic releases as there are two unique versions of the album. An abridged version entitled ‘The Breath of Life’ (65 mins runtime), and an ‘extended’ version entitled ‘Forevermore’ (91 mins runtime) which both have differing recorded parts, arrangements, and tracks. You can see at a glance by the song titles where melodies and lyrical themes are likely to intertwine, but for the purposes of the bulk of this review, I’m going to be focusing on the abridged version, although many of my thoughts apply to both versions.

And not only have they done two versions of the album, but the song structure is also different to previous releases too. As opposed to having larger epics at the scale of 20+ minutes, the tracks are more evenly split up. Similar to that of more recent Neal Morse works. I think possibly that’s due to streaming revenues trying to outsmart ‘the algorithm’ for greater streaming revenues which we’ve seen Haken do last year.

The album was written in 2019 as a continuous concept about “The struggles facing everyone in society today” [Portnoy] which is why all the tracks are seamlessly blended together as one grand composition. Overall the music flows very well, and none of the transitions are jarring – which can be the hardest part of a continuous compositional work to get right! In fact, they’re wonderfully musical which subsequently makes it incredibly hard to press pause whilst listening. And that is no bad thing.

As all good Neal Morse albums start, we’re presented with an instrumental ‘Overture’ to summarise the elements of what’s to come. We get plenty of themes and motifs introduced to use right off the bat that will return back into our ears later on. I also find it does a great job at giving us a window into the various personalities of the band as everyone gets to shine through straight away – clearly signalling that this is a balanced collaborative and creative effort between the members as per usual for this outfit.

The layering of instrumentation in the track ‘Higher Than The Morning’ brings pleasure to my ears as in the verse we’re hit with marimba layered with guitar, a prominent bassline, mellotron, and Neal’s lead vocals as a garnish on top. These vocal lines really remind me of the harmonies from 70s Yes where Squire and Anderson bounced between each other.

‘Take Now My Soul’ is possibly the best track on the album to show the full display of all the bandmates. There are little elements I can take from each members influence. The acoustic guitar ballad style of Morse, the guitar flourishes from Stolt, Portnoy trucking through the drums and providing the backing vocal harmonisations, with Trewavas pushing the music forward with his tight bass playing.

I also love on the whole how prominent the Trewavas is in the mix of this album. I find that in a lot of modern albums, the bass can get mixed out of the music – particularly so with modern metal. Here however, the bass guitar cuts right through and continuously drives the music. 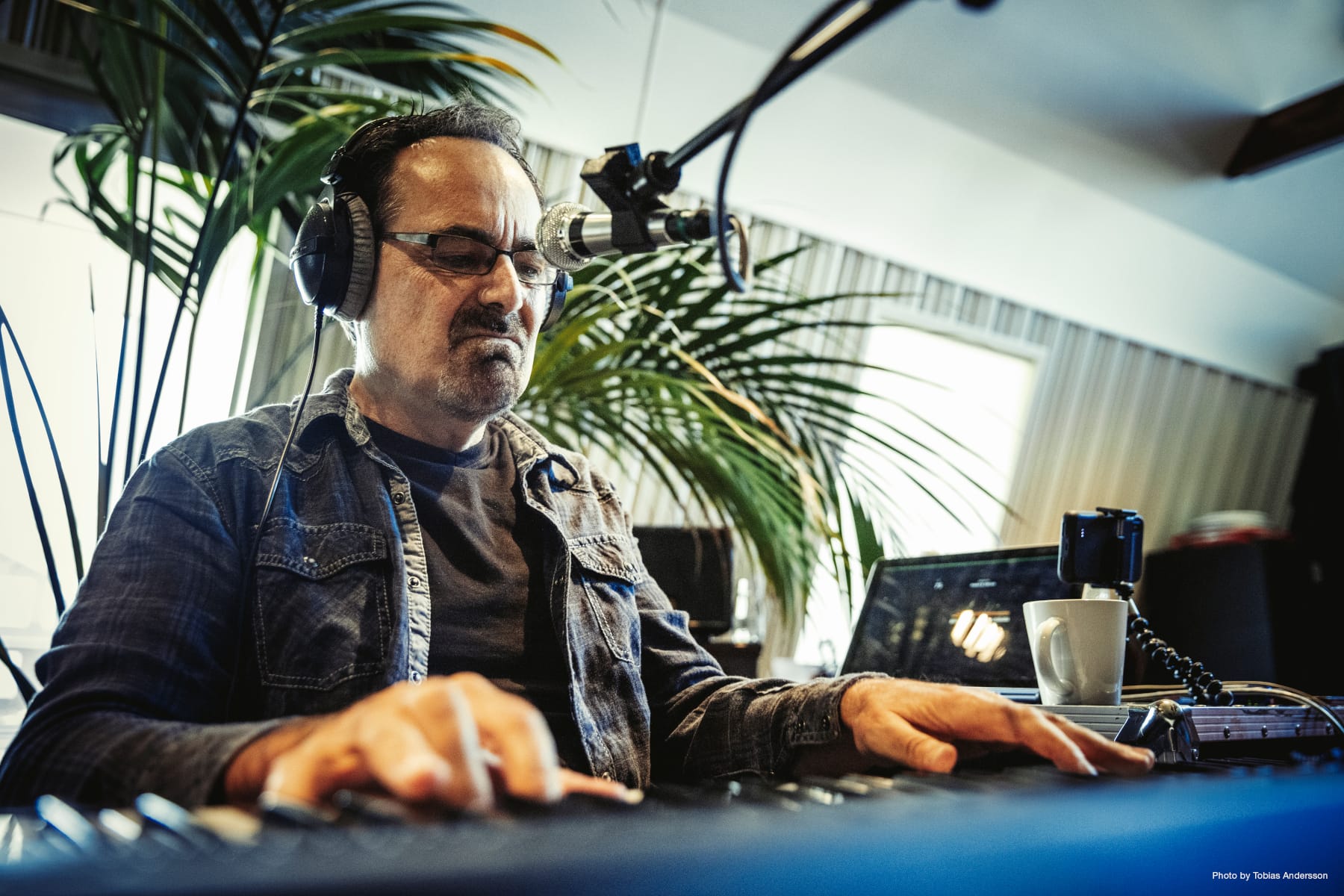 Neal Morse in the studio

The ‘Love Made A Way’ prelude features a melodica in the introduction playing an ostinato in the melody line to a chord progression that I can’t shake. I also love that this ostinato comes back for the finale too as a way to make closure on the album by referencing what’s gone past.

Leading straight into ‘Owl Howl’, again with more memorable melodic writing that’s built with a dirty organ sound that brightens up the track. Even though the instrumentation is mostly the same throughout, the band still manage to implement contrast incredibly well to keep the music varied and interesting as you listen along.

‘Solitude’ marks a mid-album ballad which I melt into every time I hear it with some beautiful orchestration from the string department, as well as some emotive guitar solos from Roine. I hate playing favourites, but this really is a lovely track.

The uh… ‘sound effect’ at the start of ‘Belong’ is incredibly offputting. I’ve no idea what it is, possibly trying to imitate children in a playground. Regardless of what it’s supposed to be, I hate it irrationally and just have to get that off of my chest before moving on.

There are so many melody lines throughout that have glued into my brain which has really made this release stick out to me making it effortless to start singing along without even realising; much to the dismay of those I live with. With all of these fantastic musicians coming together trying to get their ideas to burst to the forefront of the music, we’re left with every nook and cranny filled with something of melodic, harmonic, or rhythmic interest. ‘Can You Feel It’ is a great example of this with synth lines weaving in and out of the vocals with multi-part harmonies, blending seamlessly into key changes and solo sections.

Obviously, the final tracks on the album are amazing, with ‘Love Made A Way’ coming in as the epic finale of this album at over 9 minutes long. Buuuuut I’m not going to give any spoilers there. You’ll have to wait and listen for yourself. And trust me, you’ll want to.

I tried out the extended edition a handful of times, and it immediately sounds cripsier to me from a mixing point of view. And I think that’s likely due to this being the first version of the album, with the abridged version being glued on to the main event. It was Neal Morse that was pushing for a shorter album which is what led to the split in releases, and it certainly makes for an interesting conversation to be had about variations on existing releases when it comes to reworkings and remixes. 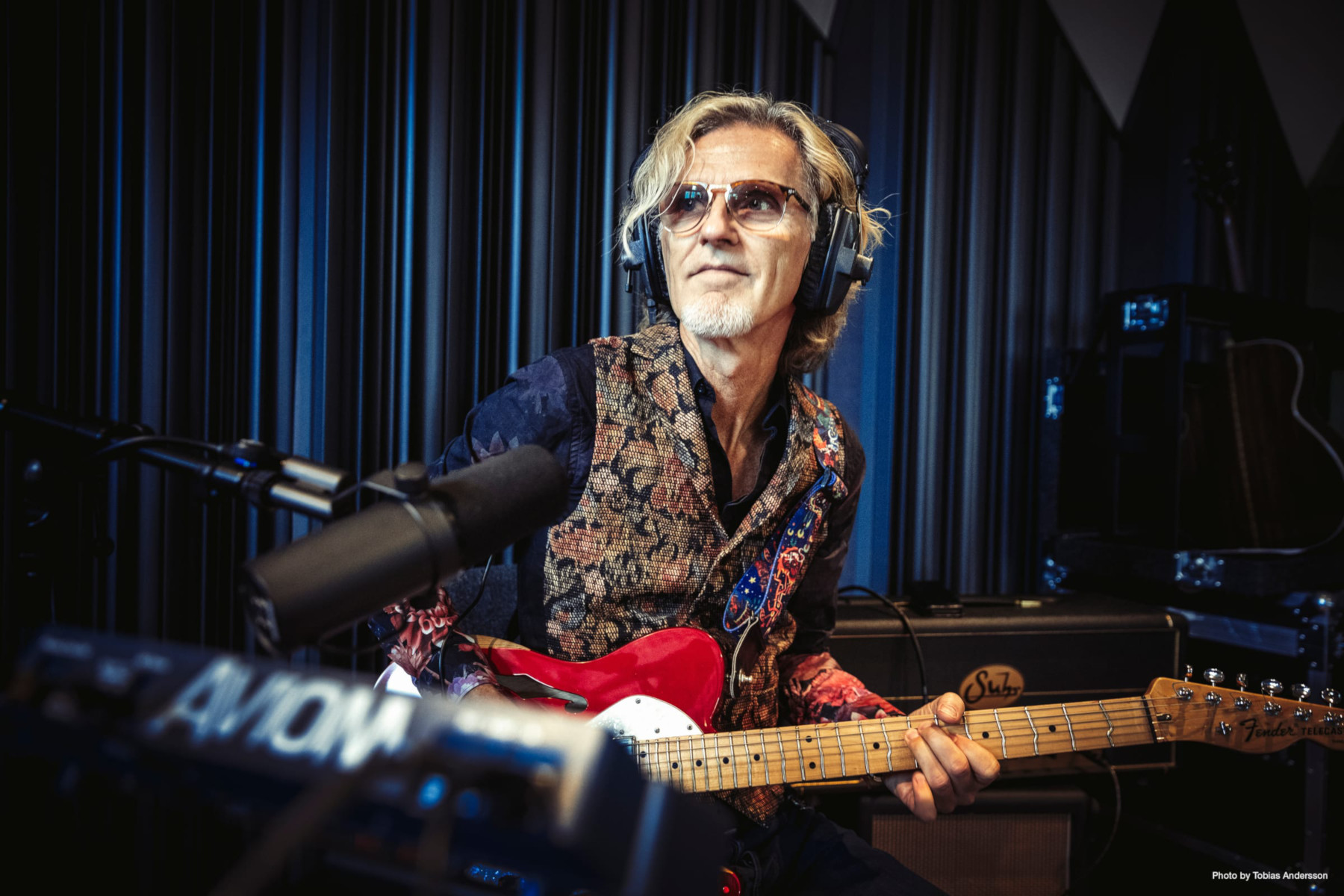 I think the prime example I can think of is Steve Hackett whom over the decades since leaving Genesis has put out numerous reworkings of classic Genesis songs in live and studio form. ‘Genesis Revisited II’ even features Roine & Neal! I’ve always found those adaptations interesting, how the music could have sounded if it was taken in a different direction with slightly different personnel or instrumentation. Transatlantic have merely sped up this process and done it at the point of release instead of waiting a decade for a remaster.

From a more generalised perspective outside of the prog-sphere, how Beethoven symphonies were heard in the 1800s will be entirely different to what we hear today; subject to the direction of the orchestra’s conductor. Should music sound exactly the same forever? Or are themes, variations, and adaptations a good thing?

It’s of my personal opinion that they are. The way Transatlantic have handled this is certainly fresh for the progressive music world, and it gives a unique creative perspective on how there’s an infinite number of ways to put together an album – with there not necessarily ever being an entirely correct way of doing it.

One stand-out extra track for me on the extended edition that deserves its own mention is ‘The World We Used To Know’ – the first third or so has what I’ll dub a ‘Mike Portnoy moment’ with some technical yet expressive drumming over an array of restrained instrumentals from other members of the band.

All in all, this is indeed another Transatlantic album. And a fantastic one at that. It’s really kicking 2021 off with a musical bang on what hopefully ends up being the year that live music is able to return. Maybe one day we’ll even be able to see another Transatlantic tour with Daniel Gildenlöw (Pain of Savlation). You know, 2025 or so.

‘The Absolute Universe’ comes out on February 5th 2021. You can order it using the link below