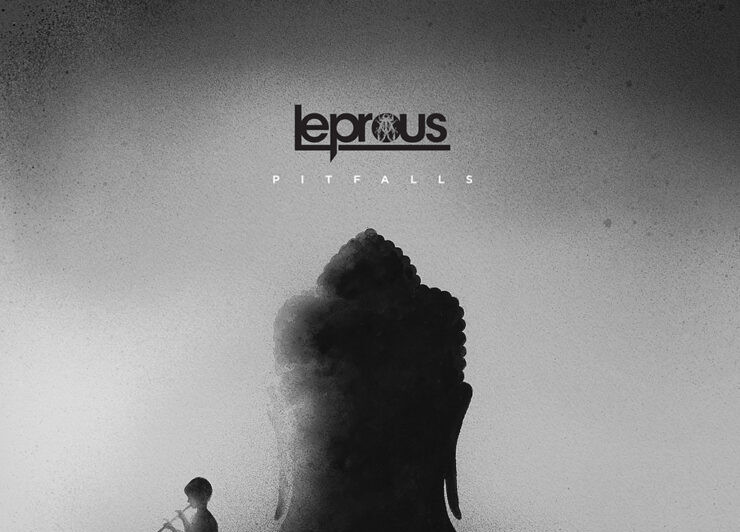 Well well well. Leprous are back with their 6th studio album ‘Pitfalls’. Ever since I first heard ‘The Congregation’, I fell in love with the compositional style of the band, and the beauty that was Einar Solberg’s vocals. In each of their albums, they never fail to deliver an emotional journey unlike any other band I’ve listened too.

‘Pitfalls’ has a much mellower sound than their previous records. As usual, the instrumental arrangements are expertly crafted together with a fine needle of precision, but this time it feels like the instrumentals are there to support Einar’s singing, as opposed to standing out as much on their own. For me this is less a critique, and more an observation of the construction of this album. The mix is far more spaced out that previous albums which allows the music to breathe, as if each verse and chorus is the first sip of an old fashioned after a week of hard graft.

When you first play the album you are greeted with ‘Below’, the intro of which is familiarly uneasy. A tiny modulated synth lick begins the start of the latest journey in Leprous’ discography. The pause before the first pre-chorus made my heart drop. Einar had been working on this track longest, which led to this track being the basis of everything else written for the record.

The start of ‘I Lose Hope’ could be the start of a synth-pop top 40 song with an edgy tonality and neat 4/4 time signature. But it isn’t. As the song progresses, it is clear that Leprous have sprinkled their magic touch on another genre that may not be overtly family to die-hard fans of the progressive metal scene. I think my favourite part of this track is Leprous’ signature use of strings which place Einar’s vocals on a fluffy cloud floating above the rest of the instruments and synthesizers.

‘Observe the Train’ is a favourite track of the majority of the band according to an interview published on the InsideOutMusicTV YouTube channel earlier this week. It reminds me very heavily of some of Radiohead’s sweeter songs that don’t go straight for the rock style accompaniments.

In the same interview, Einar said that ‘Alleviate’ is “the most uplifting Leprous song that’s every been written”. Possibly this could be down to the use of a F major triad in the main vocal lick, even though the track as whole isn’t firmly major or minor.

‘At The Bottom’  is a far punchier track than some of the other on the record. Right from the first chorus, Leprous use stabs to space out the chords which get accompanied by the funkiest of basslines. Later in the track, I absolutely adore the instrumental break followed by the eventual musical explosion is so satisfying to listen to. When the suspended chord gets resolved right at the end of the song is just an ultimate zen moment on the album for me.

‘Distant Bells’ is another example of a track that start’s out with a softer idea, then builds and builds into an explosion of colour. The high hat slowly opens up, the strings start playing higher inversions of the accompanying chords, the toms become the focal point of the percussion, the snare rolls, and Einar’s voice explodes into the climax of the song. The pacing of the buildup is so perfect that the sound melts into your ears.

The next track ‘Foreigner’ is far more concise and up-tempo. It’s much more of a rock pop song compared to others on the album, which is no bad thing. After the previous two tracks require a lot of emotional indulgence to get to grips with the overall message of the songs, ‘Foreigner’ is a refreshing head-banging break before the finale.

‘The Sky Is Red’ is a prime example of something different yet again. It’s an 11 minute epic that is personally a highlight of the album for me. It has a sound that will be familiar to those accustomed to the earlier albums in Leprous’ discography. It’s far more focused on instrumentals to carry the weight with plenty of polyrhythmic riffage. I think the record as a whole wouldn’t have worked as well without this being the finale. It’s their ‘Octavarium’, or ‘Heart of the Sunrise’. A track that stands out on it’s own superbly, but also acts as a very controlled ending to a brilliant overall album.

‘Pitfall’s overall makes me feel a little uncomfortable, anxious and frightened. Nervous, indulgent, and relaxed. It’s made me think about how a lot of progressive bands miss the mark with slower ballad style songs, where Leprous have hit the mark. You don’t need overly flashy solos, 9 string double necked guitars, and sweep picking to make a progressive record. Even now in their career, Leprous are still pushing the limits of the progressive genre by munging fresh compositional techniques that don’t get widely featured together in conventional records. It’s a 10/10 from me.

I absolutely loved diving into this album, and can’t wait to see them live later this week.