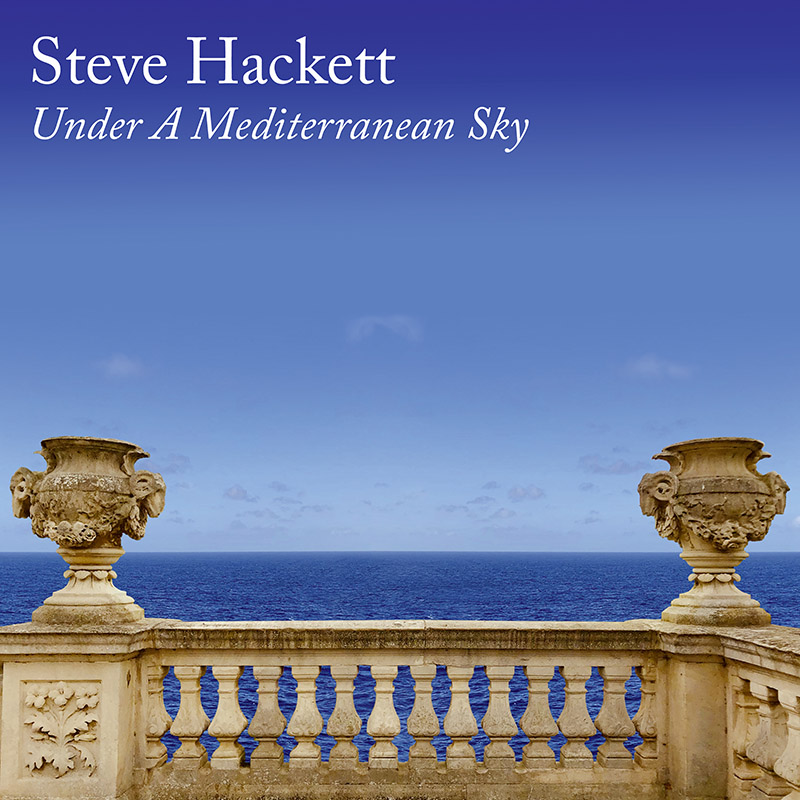 Steve Hackett has released another album to go with his monstrous discography. This time he’s released a fully acoustic album for the first time since 2008’s ‘Tribute’. Granted, with some orchestral elements.

There aren’t many guitarists that are known for being fantastic at both electric and acoustic guitar, but Steve is something special in this regard. Historically he’s taken up all kind of stringed instruments during his career such as the lute and sitar, but the traditional Spanish and acoustic guitars have been a stable accomplice to his electrics in his band and solo material.

Presumably, the album was recorded with Roger King in September of 2020 as we had a few sneaky previews from Steve’s Twitter account over the course of late last year. And for some context in the UK, there was an ease of coronavirus restrictions during that period which allowed for recordings like this to happen on a smaller scale.

Recording some great music today with Roger and Rob… pic.twitter.com/7zEcS0Pga2

The first track ‘Mdina (The Walled City)’ is the longest and has been stuffed full of orchestral arrangements, likely coming from Roger King. A frequent collaborator of Steve over the last two decades both live, and in the studio. The overall harmonic composition of the track reminds me of some of the more “eastern” inspired sections in ‘At The Edge of Light’, mostly due to the stereotypical harmonic minor scale. They do well to provide contrast and support Steve’s dreamy acoustic playing on his Spanish guitar.

However, I have found the quality of some of the orchestral samples to be rather jarring. It’s mixed together well, but the attack and decays of so many of the instruments end up sounding very synthesized which is disappointing for a classical album. Some of the orchestral runs just sound too perfect. I guess on the other side of that bridge though, you’ve got to look at this as an album recorded during the coronavirus pandemic, and access to any sort of orchestral recording has been near impossible, or expensive – particularly in the UK where Steven is based.

‘Adriatic Blue’ and ‘Sirocco’ are both beautiful pieces of music that have had a great deal of attention paid when it comes to the romantic melody lines that swirl into our ears. I should also say, ‘Sirocco’ is a place where the orchestral arranging has worked well for me and compliments the guitar playing to a tee.

‘The Memory of Myth’ takes a darker turn with slightly different influences charging the writing. In my brain, this song in particular projects images of an Italian mafia on a cool summers day. A bizarre visualization, but given the title of the album I’m not surprised that Steve has managed to cast those sorts of visuals towards with some clever melodic writing.

Reading Steve’s autobiography last year, ‘A Genesis in my Bed’, he references along the way all manner of classical musicians that inspired his guitar playing and writing over the years. Particularly in his youth he was obsessed with music from the baroque and classical eras. The track ‘Scarlatti Sonata’ was originally by Domenico Scarlatti, an Italian composer during the baroque period (~1650-1750) who left behind a number of wonderful piano sonatas of which this is an adaptation. The only track on the album that isn’t Steve’s original work.

Now, I’m a sucker for classical music, so this was right up my boat hearing an adaptation of an already beautiful track onto a comparatively modern instrument. It certainly lifts the album up for me.

Steve Hackett’s autobiography ‘A Genesis In My Bed’

‘Cases del Fauno’ has some beautiful flute writing in it, where we can only presume Rob Townsend is responsible. The harmonisations between the lead lines make for a playful atmosphere in a far more upbeat fashion than some of the spookier tracks here.

Another favourite of mine from the album is ‘The Dervish and the Djin’ where we can again hear Rob Townsend’s soprano saxophone making an appearance. He’s a phenomenal player live when I’ve seen him the past with the live band so I’m always glad to hear more of him in the studio side of things. His virtuosity shines on this track with Steve laying down a beautiful rhythm underneath on his guitar.

The two closing tracks ‘Andalusian Heart’ and ‘The Call of the Sea’ make for a peaceful listening. The first being more orchestrated, with the latter giving us a sublime dose of Steve and his guitar before closing out the album mixed in with some warming string arrangements.

I think that on the whole, this isn’t Steve’s best acoustic work when it comes to production – but it’s certainly an incredibly emotive one, as well as being a welcome addition to his classical guitar repertoire after a considerable drought. I’ll certainly continue to spin this in the near future, even though I really wish the orchestral elements were pulled off a little better.