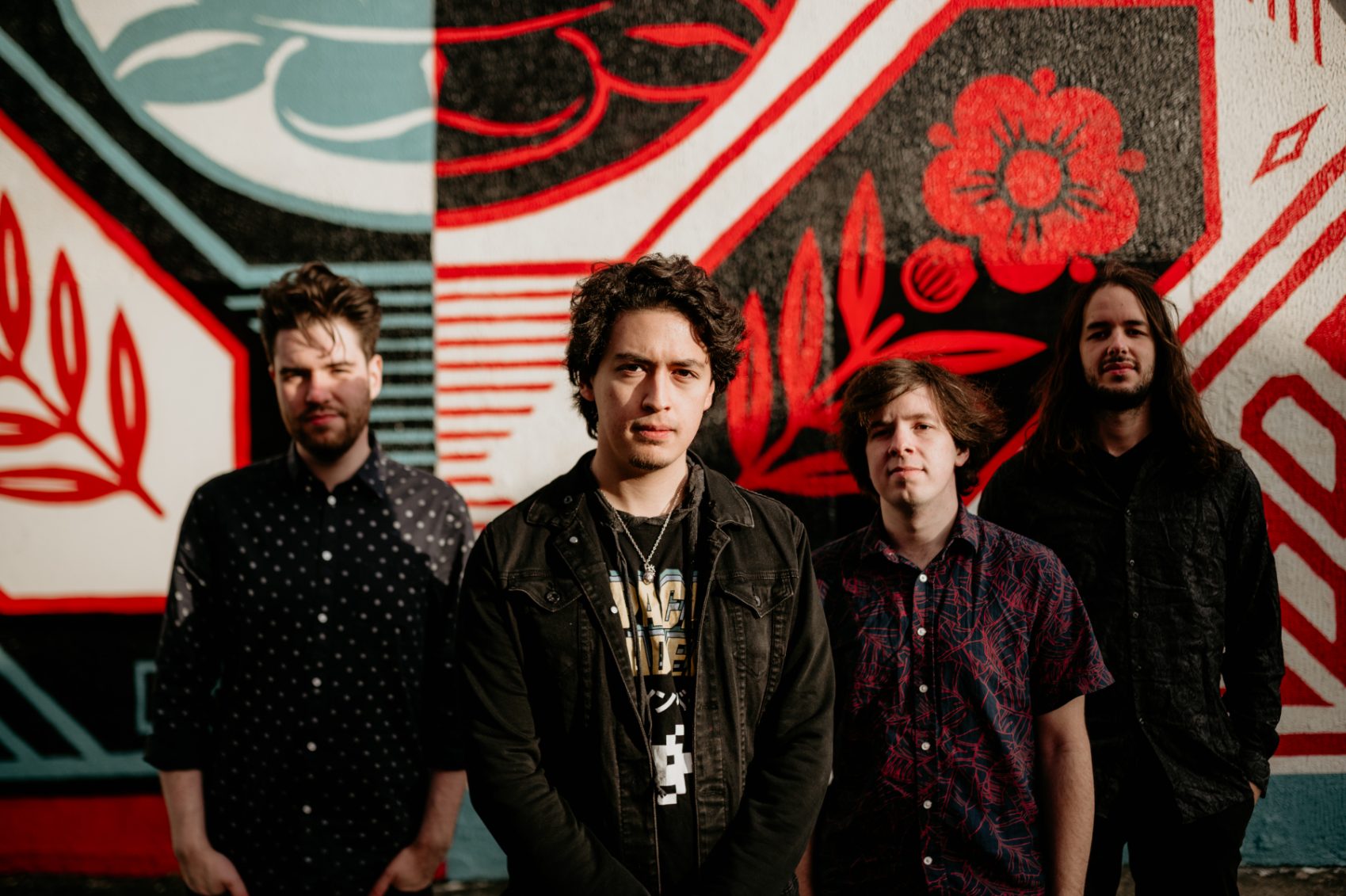 A group photo of the band (Robin, Shelby, Joey, Peter)

Much to the pleasure of us all, Kyros have released their third studio album ‘Celexa Dreams’. The band have created an eclectic assortment of sounds and arranged them together into a fantastic record. I’d go as far to say it’s the most unique album I’ve heard so far this year.

I can only begin to imagine the excruciating number of hours that went into the production for this. It’s as if every album I love dearly had a giant party and created this masterpiece.

As the record starts, you get instantly sucked in with ‘In Motion’. No introduction, just immediate vocal lines to carry you into the world of Kyros. Already this track is packed full of funky bass solos, brass synth chord stabs, and even a saxophone solo during the outro. So much sound and texture compressed into a tiny space.

The countermelodies in ‘Rumour’ work ridiculously well to compliment the leading melodies throughout this track. Even though they’re sometimes subtle, it just means that everything adds together to make a piece of cohesive art.

There’s so much to say about ‘In Vantablack’. It’s the longest track on the album at 14 minutes, and also features the biggest blend of genres and influences. The synthesisers sound absolutely huge through the track, backed up with choirs, and wonderfully melodic leads reminiscent of Octavarium era Dream Theater with regards to the sound design. Their ability to to create massive synthwave textures filling out all of the frequency spectrum, and pull back into a softer indie rock verse is just absurd in a good way. The latter half of the track is packed full of filthy synth lines that will make even the most casual listener grit their bang their head in appreciation. Followed by a reverb heavy piano instrumental section accompanied by softer vocals lead this epic 14 minute track to being a real stand out on the album for me.

There’s such a huge assortment of sounds that have been pulled together particularly so on ‘Technology Killed the Kids III’. Another huge highlight of the album for me, this track has so much going on. It’s a part of a series of tracks found throughout Kyros’ discography which I’ll speak about with Shelby a bit later on.

The latter half of the album feels much more influenced by bands like Affinity era Haken as well as Devin Townsend’s Empath. Particularly the instrumental track ‘Uno Attack’ which reminds me heavily of Haken’s ‘The Endless Knot’. The munging of electronic and acoustic instrumentation is wonderfully executed, and doesn’t sound at all forced or cheesy as it has done for me when other artists have attempted this style fusion in the past.

The final track ‘Her Song is Mine’ reminds me heavily of the album ‘The Snow Goose’ by Camel. The mellow piano lead lines with no firm melodic resolutions creates homage to the Canterbury scene. 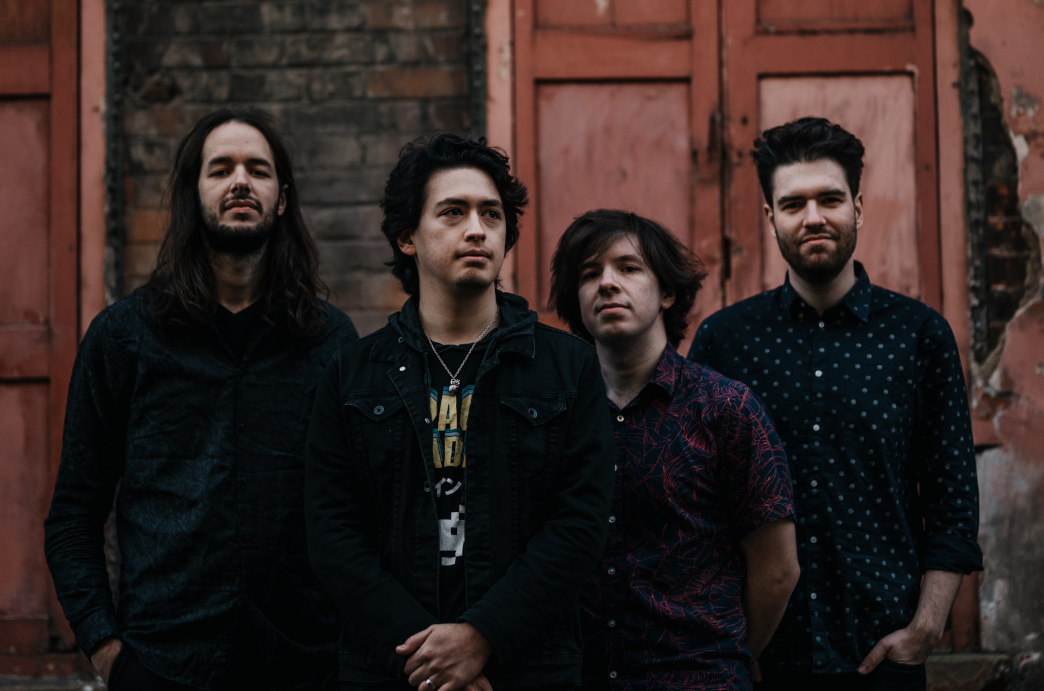 Another group photo of the band (Peter, Shelby, Joey, Robin)

There’s so much more to say about the album, but I’ll let Shelby Warne (Vocals + Synths) take over as I had the opportunity to ask her some questions.

Grace: How are you all doing?

Shelby: We’re doing great! Keeping busy with all sorts. Whether that be working on upcoming Isolation Gigs, new videos for songs on the album or just generally doing our part to promote it. It’s been a fantastic time so far seeing people absorb the music and the material and get to know it. The positive comments and the encouraging words have been incredibly motivating.

Grace:  I imagine it’s tough to run promotions exclusively through the digital medium. However I found the album, so you must be doing a good job of it!

Talk me through some of the concepts of the album, what themes are narratives were you looking to convey during the composition process?

Shelby: The album primarily revolves around personal experiences in relation to mental health. Specifically feelings surrounding anxiety, depression, and depersonalisation through to experiences of burning out. The root of the album – and the title it self – all derived from my experiences of being prescribed the antidepressant Citalopram back in 2016 and the absurd, bizarre dreams I would have as a result.

2016 was certainly not a good time for me and my mental health off the back of our experiences with Vox Humana, splitting from our first label and everything else that happened surrounding those two milestone moments and I knew I absolutely had to write about it. Along with Joey and Sam’s lyrical contribution, this snowballed into Celexa Dreams.

Grace: I’m very sorry to hear that. I hope writing this album has helped you find some closure on that period in your life.

What links the three part suite for ‘Technology Killed the Kids’ together?

Shelby: These tracks are a somewhat tongue-in-cheek criticism of modern technology and it’s effects on society and individual people. The first installment is a bizarre instrumental that sets the tone for the absurdity that is to ensure. The second installment focuses on the over-reliance of technology for companionship in an unhealthy way – tying into the rest of Vox Humana’s concept. And the third installment focuses on unhealthy internet culture, online abuse and the political echo chambers we find now more than ever thanks to the algorithms on social media.

Grace: Ah interesting. It’s certainly an important topic of debate in our current society on how social media can be such a negative influence on so many people’s lives, and trying to balance that with the positives.

Are there plans to continue this (technology killed the kids) into future albums?

Shelby: We intend to keep this series going for the foreseeable future, until we feel it’s the right time to wrap it up. It’s a fun jumping off point for us as the writers, and for the fans to latch onto something that threads through the concepts of each album to link it altogether.

Grace: Fantastic! I’m glad to hear it, and look forward to what comes next.

All throughout the album there’s a lot going on. How much back and forth did it take to flesh out ideas until they became ready for the recording stage

Shelby: Our process is a little odd in that we have the resources available to write and record as we go along. I’m a professional studio engineer, and so is our manager Dean. Guitarist, Joey also has experience when it comes to recording, mixing and mastering. So bringing together all of our skills means we can essentially record the final product to a high standard whilst still writing the album.

In terms of the fleshing out of ideas, it’s a case by case thing. Some tracks just came together naturally. Written sequentially from beginning to end as you hear it on the album. Rumour, UNO Attack, Her Song is Mine were all written ‘as is’. Whilst In Vantablack went through a lot of ‘fat chopping’ as it was originally 19 minutes long, Two Frames of Panic went through a complete rewrite of a number of the sections as well as more slimming down and on In Motion we experimented with an entirely alternative ending with a tribal percussion driven thing before settling on the ending we have now with the sax solo.

Grace: So in short, you’re all very talented musicians. I did have my suspicions…

Talk me through some of the synths and instrumentation you used for the album.

Shelby: One of the defining features of the album is the driving percussion. It’s a very percussion heavy album in general. Beyond the real drum kit – there are lots of drum machines – including hardware machines. Especially featuring the Yamaha RX5 and Alesis HR-15 – both of which I continue to use today as we write towards album 4.

There’s a hardware Simmons SDS1000 across the album, along with plenty of samples of other drum machines and drum synths. The album actually features less hardware synths compared to Vox Humana.

Grace: I’ve heard that The 1975 have had a huge influence on your sound. Which one of their albums (or EPs) is your favourite?

Shelby: Robin takes a lot of influence from The 1975 especially. George Daniels’ drumming is really interesting and thrilling to listen to – especially in a pop context. Lots of linear, syncopated drumming with a fantastic sense of groove and pocket.

Personally, I have specific songs across their discography that stick out. One of my favourites being ‘She’s American’ (of which, the drum intro inspired the intro for Rumour) – but I suppose generally, I believe their strongest work to be the ‘I like it when you sleep…’ album.

Grace: What other releases in 2020 have you either most enjoyed, or are most looking forward to?

Shelby: I’ve been a big fan of Poppy’s new album, ‘I Disagree’. I’ve been following her since her early ‘Bubblebath EP’ days when she put out the single ‘Low Life’. I’ve always enjoyed her bubblegum pop thing. But the somewhat sudden change of pace into borderline prog metal on the ‘I Disagree’ album was a very welcome change. It’s still very melodic, yet the production value is better than it’s ever been and the quality of songwriting is up there. By far my album of the year as of now.

Beyond that, I’ve also been really enjoying the new Dua Lipa album, ‘Future Nostalgia’ and the new Hayley Williams album ‘Petals For Armor’. I’m looking forward to hearing the new Haken release. Super curious to see how they developed from their previous album, Vector.

Grace: Oh wow, lots more music for me to check out. I’m also excited to hear Haken’s ‘Virus’ when it comes out.

Where can we find more of Kyros?

Shelby: You can check out our website at www.kyrosmusic.com, head over to www.kyros.bigcartel.com for our merch selection or find us on Facebook under facebook.com/KyrosOfficial and YouTube under youtube.com/kyrosuk – Thanks!

Make sure to buy the album! It’s absolutely fantastic.