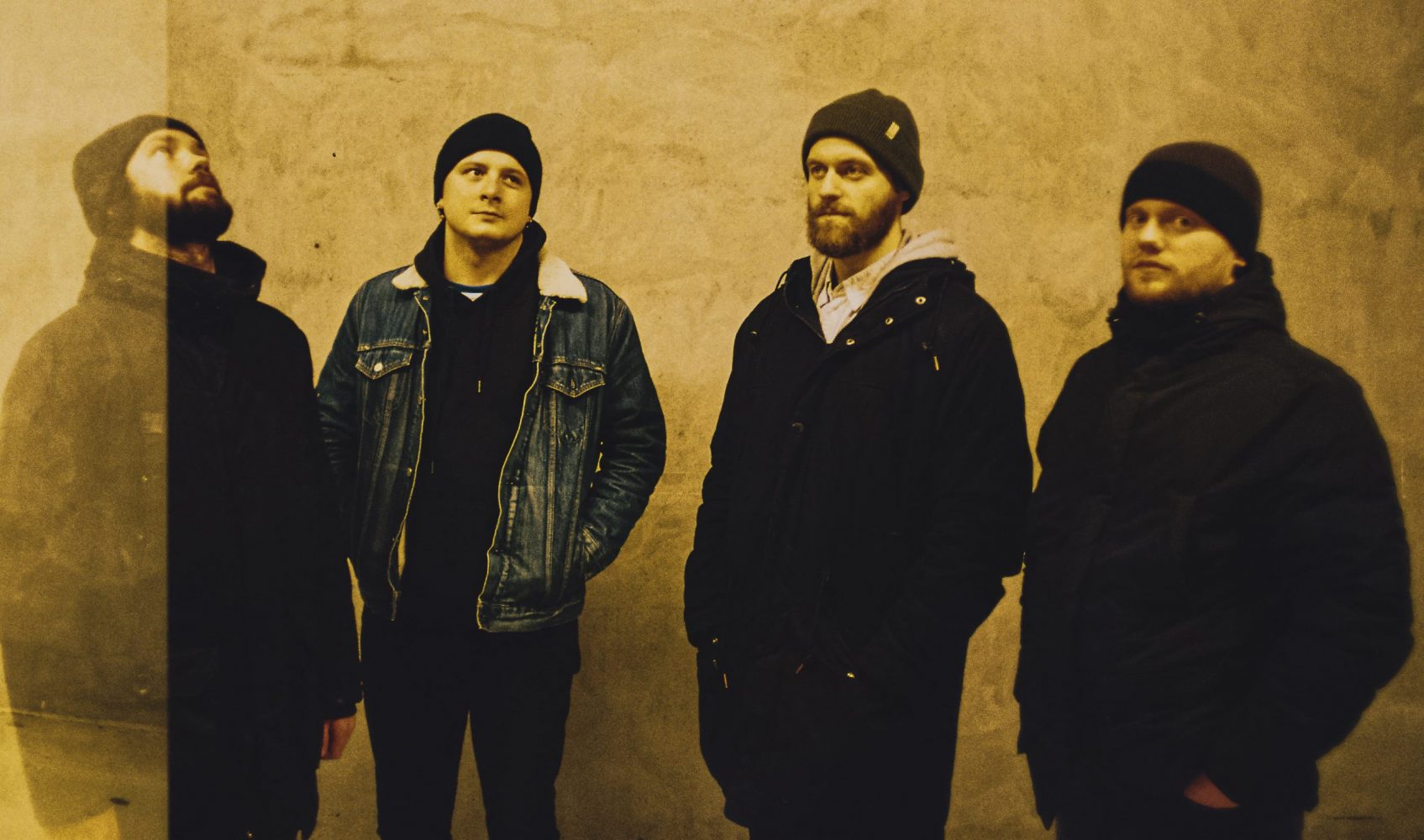 The post-rock band ‘Shaman Elephant’ from Bergen in Norway have released their second album, following on from their 2016 release ‘Crystals’. ‘Wide Awake But Still Asleep’ is full of interesting and unique harmonies that make it easy to immerse yourself inside the grooves of the music. I’ve found it to be the perfect balance between energy and zen over my last few weeks of listening.

The band consists of Eirik Sejersted Vognstølen on vocals and guitar, Jard Hole on drums, Ole-Andreas Sæbø Jensen on bass, and Jonas Særsten on keyboards.

Although there are a number of parallels between the first two tracks, track two is far more fast paced in contrast. I love the sirens in the outro of the second track too which sound like they were recreated using fancy guitar tricks. It’s such a bizarre sound effect to use, but it fits in so well to amplify the peak of the song.

‘Steely Dan’ is the first track on the album to have vocals as the primary focal point. It starts with a crunchy riff, flute, and laid back drums. Very reminiscent of bands like Camel and Caravan for me, but with more up to date production. When the verse starts, the off beat entries create melodic tension between the various instruments that are playing which is very satisfying to listen to. I’m also a sucker for triplets in the melody line, and this track is filled to the brim with them.

‘Ease Of Mind’ is more of a pop folk track that’s been blended together with a number of other writing styles. The gentle piano melodies, clean guitars, and crisp vocals combine together in a really well written instrumental arrangement where every part has room to breathe. Reminding me of bands like ‘Fleet Foxes’, this may be my favourite track on the album.

‘Traveller’ is the longest track on the album coming in at 11:28. When Eirik starts singing “Inner space traveller” I move into a state of absolute bliss. Everything about the track at this point is off the rails with punchy guitar tones, overdriven rhodes, explosive drum fills, and more. As the track goes on we still get bizarre modulated effects channeled through our ears that create an incredibly thick texture. A lot happens in ‘Traveller’, and you really need a few listens to properly appreciate it.

The vocals in the finale track ‘Strange Illusions’ remind me of Jeff Buckley meets Soundgarden. This song is so emotive and expressive it’s hard to not fall back into your chair, close your eyes, and just enjoy. It’s a perfectly crafted comedown after ‘Traveller’, and ties a bow on Shaman Elephant’s second album making it feel complete.

Lucky for me, and for you, I had the chance to speak to the band about the production of the album, and asked them a few questions.

Grace: How long did the album take to write?

It was a continuous process since Crystals. Some parts of the title track were actually recorded during the Crystals-session, but did not end up on the record. The second track, H.M.S: Death, rattle and Roll, is also an old one. We’ve been playing this live since the Crystals-tour. The rest of them came about between the summer of 2017 and 2018.

Grace: Where did the album artwork come from?

We wanted to go a different direction with the artwork for this one. We’ve had two releases with more of classic psychedelic aesthetic. We felt that this new material, and ourselves personally, had matured since the previous releases and wanted the artwork to reflect that.

The photos are taken by photographer and painter Tom Wøbbekind. We love his work, and Jard’s (drums) parents actually got one of Tom’s paintings in their living room.

Grace: Who are the biggest vocal inspirations for Eirik?

Grace: All fantastic vocalists. You can pick out elements from all of them throughout the album. I also picked out a lot of modulation effects combined with complicated delays and reverbs throughout the album . What do the guitar pedal boards look like? Or are more complex systems at work

When answering these questions often gets a bit nerdy, but we’ll try make it short.

Jonas plays a vintage Fender Rhodes through a bunch of pedals.

For modulation the rhodes goes into an Electro Harmonix Clone Theory for univibe and sometimes Chorus effect. Then it goes to a classic MXR Phase 90 and a Boss Tr-2 tremolo.

Next in the chain is a Fulltone OCD, which is used for overdrive, before it ends up in a vintage Roland Space Echo tape delay and Strymon Blue sky. There’s some natural analog modulation going on due to the old tape – gives it a spacey vibe.

Eirik uses a bunch of effects on his guitars as well. First of there’s a Vox wah which then goes through some really nice fuzz pedals. Our good friend Daniel Thornhill of the Bergen based band Junk Machine makes these amazing fuzz pedals under his brand Fjord Fuzz. On Eirik’s pedal board you’ll find Bufo, Embla early edition and the Embla late edition by said brand. The signal takes the trip through a Xotic EP Booster, the weird and quirky EHX Attack Decay before ending up in the modulation beast Strymon Mobius.

Grace: That is indeed incredibly nerdy. Way to make me feel lame with my mere 10 pedals! I clearly need to go shopping again… You also recently did a livestream show, how was it performing to a virtual audience?

It was a weird experience. The lack of audience in the room makes it feel like a rehearsal just up to the moment the thing goes live and you get that same feeling and state of concentration when playing a concert, but you can’t see and feel the response of the audience you’re performing for. It’s hard to explain!

Grace: I can imagine. I guess it’s a similar comparison for an audience member watching a DVD vs. being at the live show itself. The atmospheres just aren’t comparable. Have you got plans to get back on tour once venues start opening again across Europe?

Yes, we had some plans for gigs in both London and Germany that got cancelled. But we hope that we can reschedule and get back on the road.

Grace: I shall look forward to it! Finally, any other bands that you want to shoutout that are also releasing albums in 2020?

People should look to Bergen. There’s so many great bands and musicians from our hometown. There’s too many to mention but there’s been some great jazz records from constellations such as Toivo Quintet and Marstrander Trio, stoners and doomers will love the new Bismarck and the upcoming Slomosa records and one of our favourites, Knekklectric, is recording their third album as we speak.

If you want to check out our other projects you’ll find a Shaman Elephant in bands like Lint, Kolossmos and Heatwaves among others.

Grace: What a selection! I’ll be sure to listen to some of them in the near future.

You can buy Shaman Elephant’s new album at all good record stores, and their bandcamp.