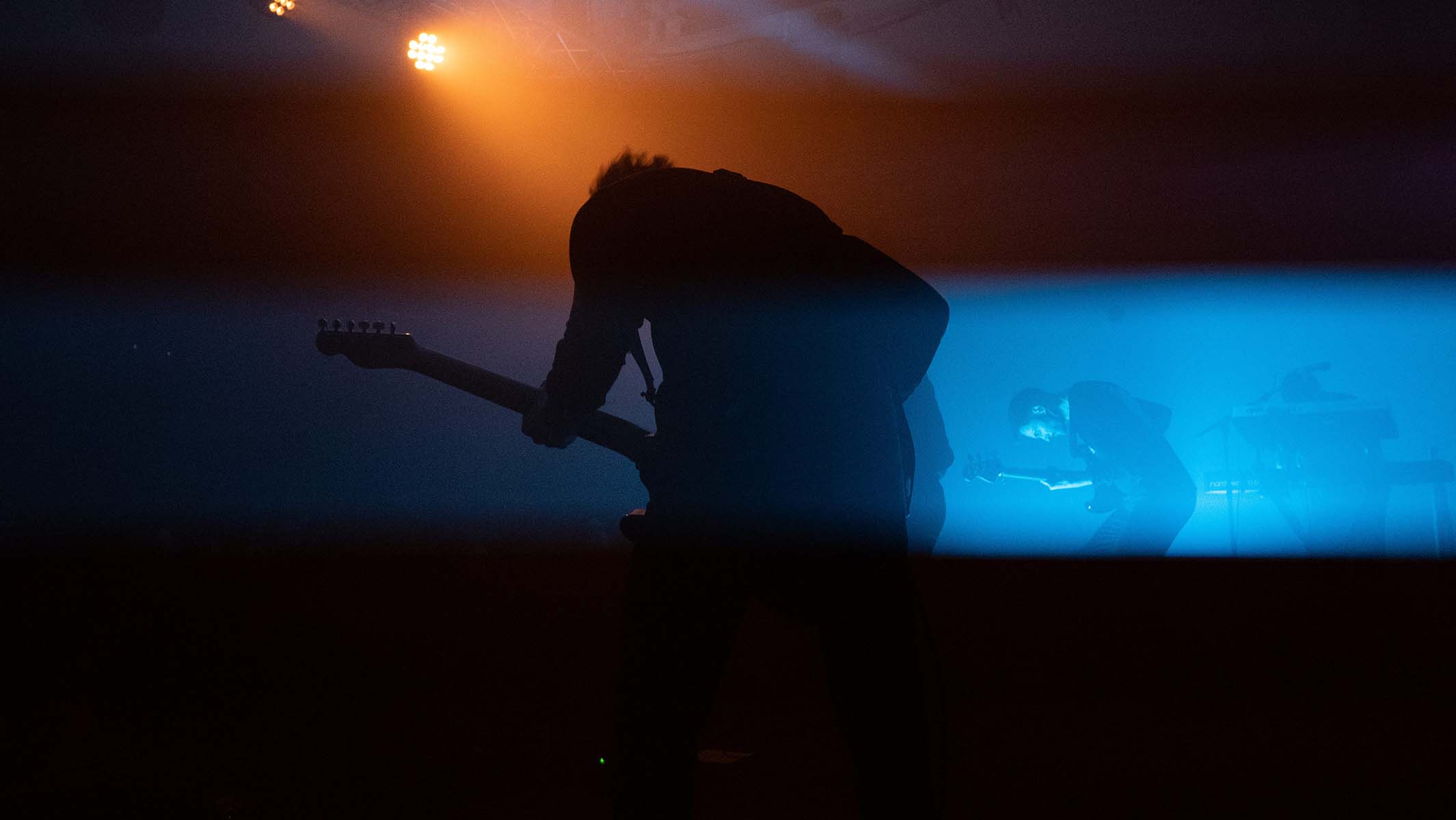 Rolo Tomassi have been out on the road touring off the back of their latest album ‘Where Myth Becomes Memory’. Tonight, they played the Oval Space which is one of the few venues around London I’ve not found myself in before. This was Rolo’s biggest headline show ever, and deservedly so as the band have come a long way in the last few years.

Pupil Slicer were the main support band for tonight, and they were joined by an assortment of guest vocalists that were featured on their most recent album – the first of which after finishing his feature jumped straight into the crowd started a mosh pit. That’s certainly one way to get everyone moving about! 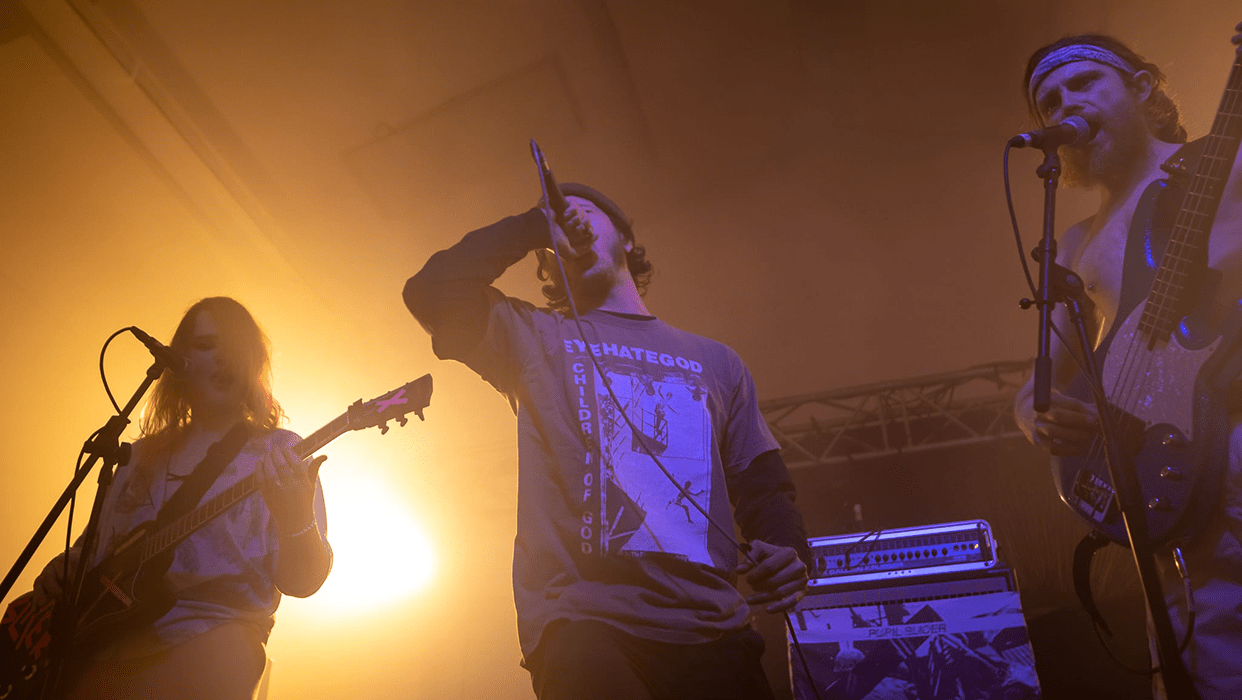 I was slightly frightened at how heavy the band were able to get, showing absolutely no chill to the audience. I’d not listened to them before of my own accord, but they were a great fit on the bill with riffs and vocals fit to get even the most casual of mathcore fans grooving.

A short break – enough time to pick a Rolo Tomassi beer – which was bloody tasty – and the headline act were on.

Rolo Tomassi started with ‘Cloaked’, the lead single from the new album, and quite frankly an obvious opening track. It’s short and sweet, but showcases all sides of the band’s sound. And you could see the audience absolutely mopping it up straight away. The soul-crushing riffs, destructive vocals, and bass pounding through the venue. 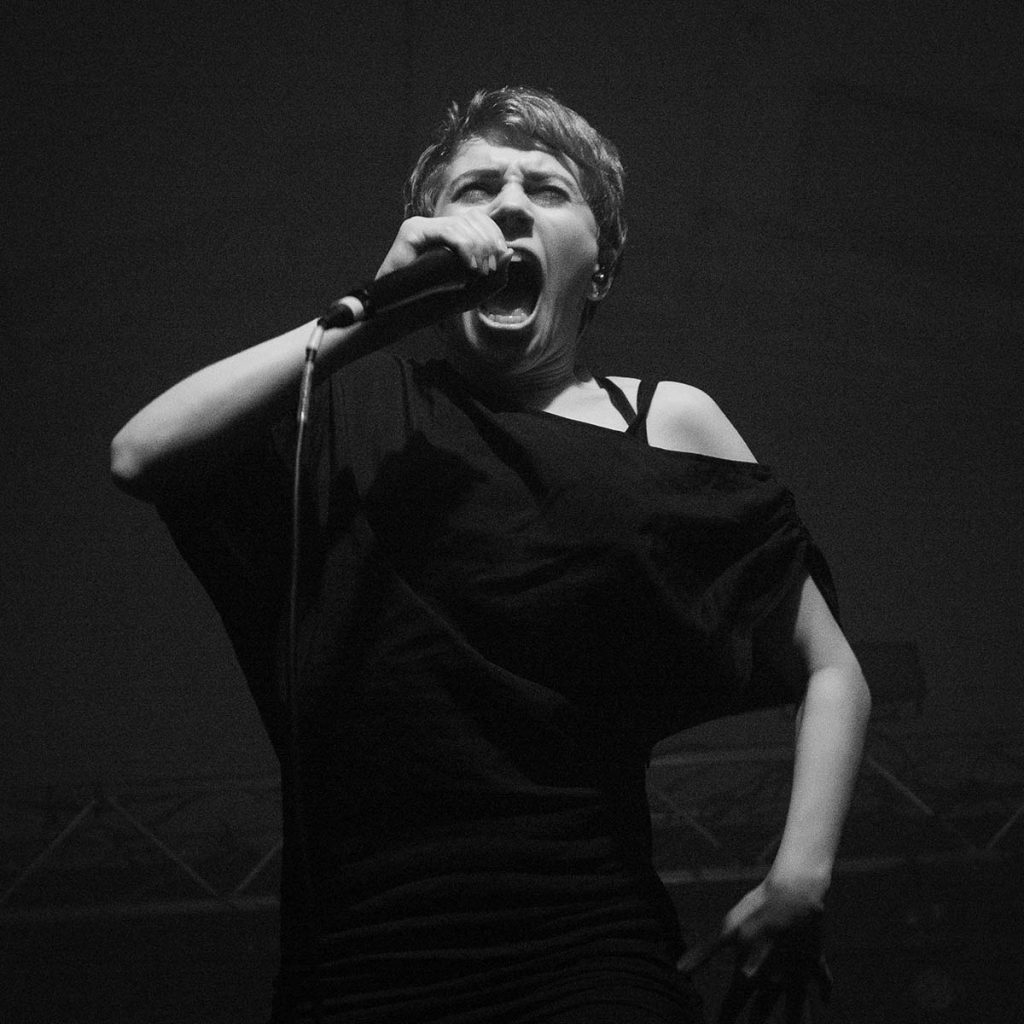 We had ‘Labyrinthine’, Balancing the Dark’, ‘Alma Mater’ following up next giving us a balance of music between their last two albums. And in fact that was a side of a disappointment for me that the setlist comprised entirely of songs from those two albums. The band’s discography does go back 6 releases now, so they’ve got plenty of older material to choose from, and even more so their last three albums are linked together as a part of a conjoined concept. So why they wouldn’t touch on some of the older parts I don’t know, but hey there’s always next time.

I shalln’t go into every song they played, but ‘Closer’ coming along in the middle of the set was a  nice and warm song to take down the energy a touch after we’ve been slapped in the face consistently for every song up until that point. It’s such an incredibly beautiful song, and Rolo Tomassi captured the audience’s full attention when bringing this one to the stage.

James Spence’s keyboard starts with his gentle intro before Eva Korman’s angelic vocals come to shine through the darkness. I think because of the contrast this might have been my favourite song of the night. It’s such a fantastic track on the album, but the band brought it to life live, fully encapsulating the audience into the moving lyrics. 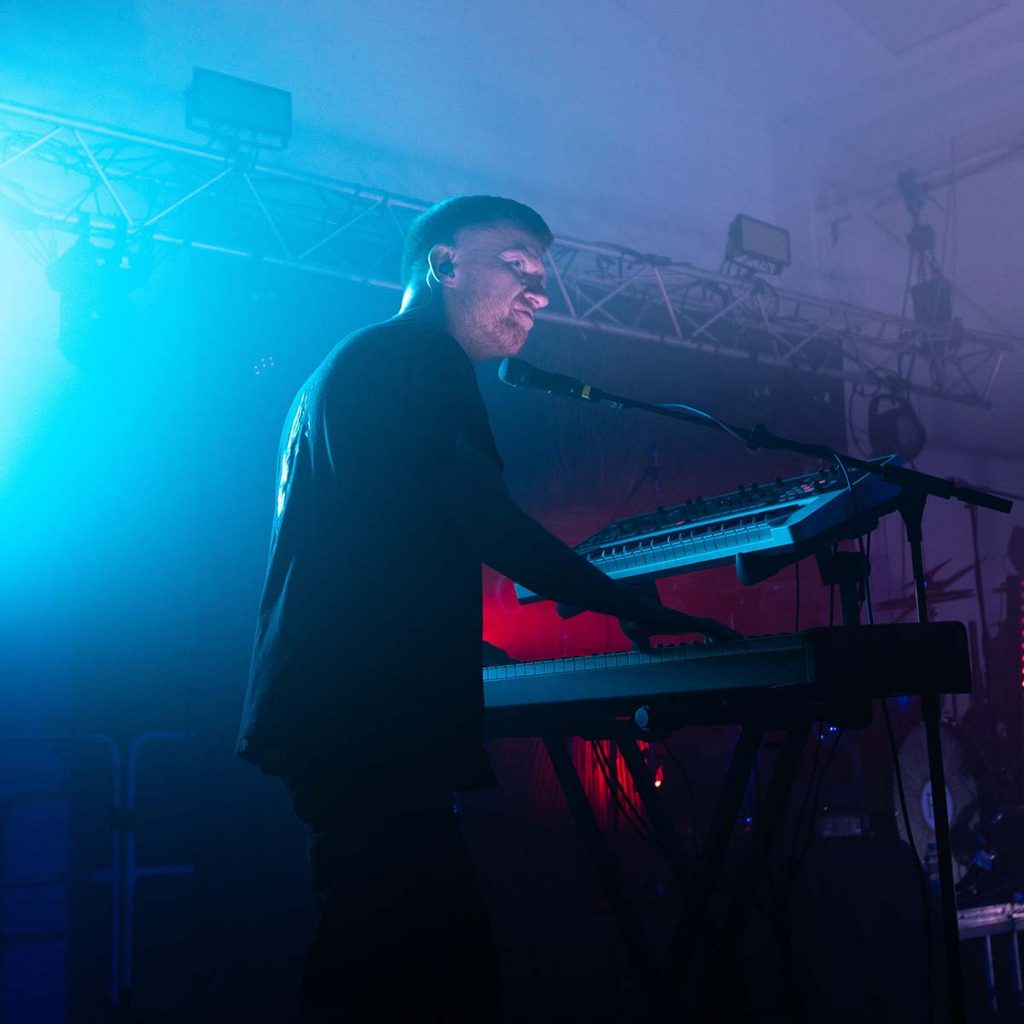 James Spence getting his synth on

As we were getting to the end of the night, it was about this point that I was in the photo pit, blissfully unaware of my surroundings, getting some fabulous up-close shots of the band, and letting my mind get sucked into the music…

…and someone crowd-surfed directly onto my head. My memories become slightly fuzzy after that point because I was trying to work out how to stand up again. I’ve been shoved around mosh pits before, but usually I can see it coming! At least my camera only ended up with a minor dent… 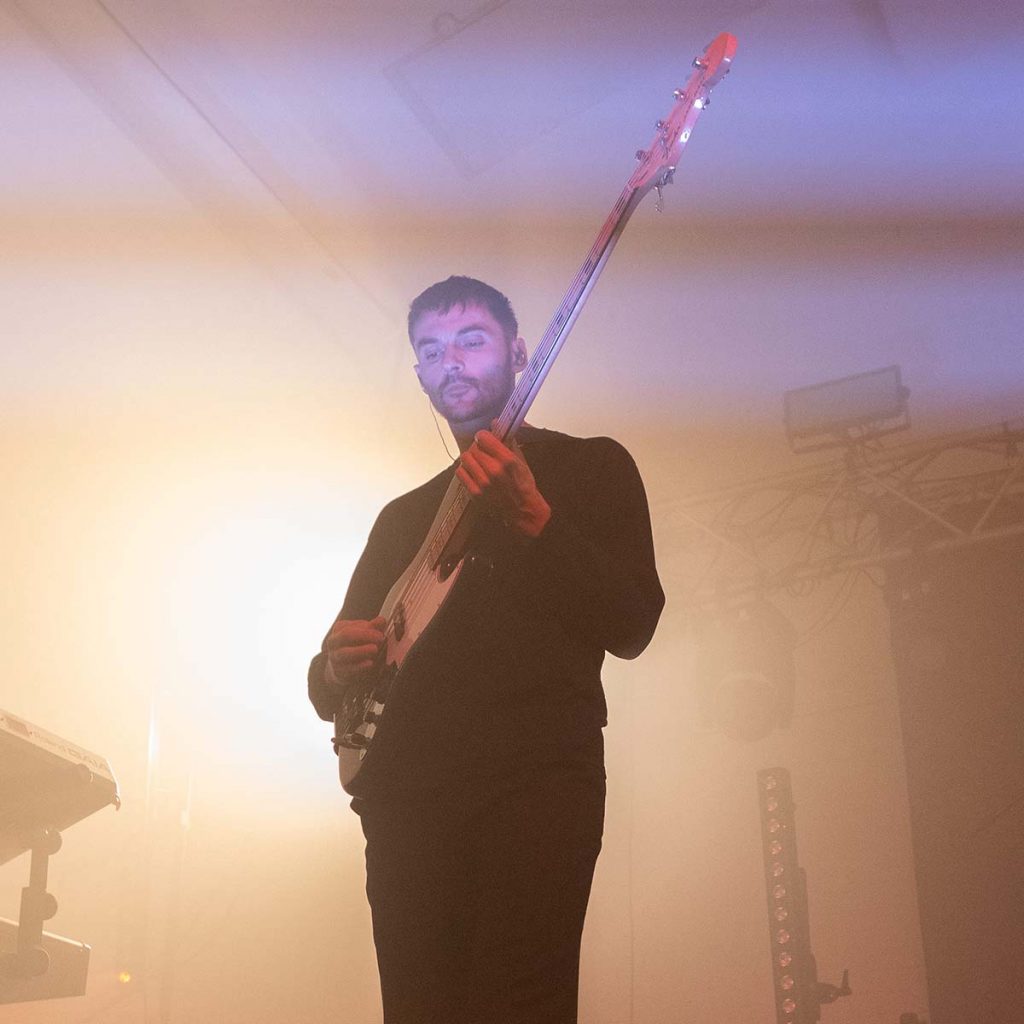 Nathan Fairweather grooving on the bass

The final song ‘A Flood of Light’ had the audience in absolute awe with the crowd chanting the final lyric “But there you are always”
in complete unison. It’s not often you get the entire audience singing back to you, but this was one of those special times.

The audience having fun

Rolo Tomassi put on an absolutely fantastic show this evening, cementing themselves as one of the big players in their genre. This live show makes me very excited for their future tours, releases, and more. And if you get the chance to see them live? Don’t say no, because they’ll blow your socks right off.