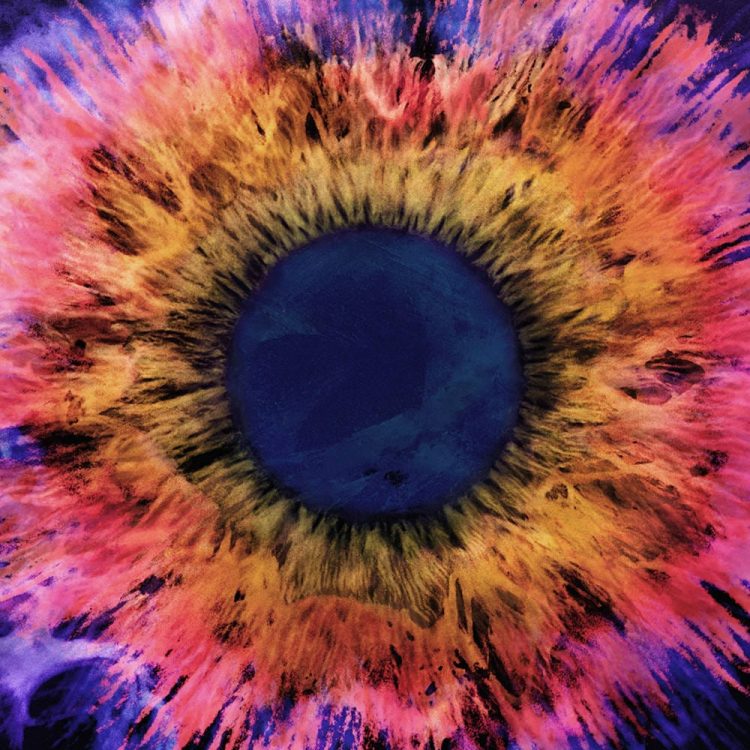 The album cover for ‘Horizons/East’

Consistency among an artist’s discography is a privilege. Some bands earn that consistency with very numbered studio outings like Rage Against the Machine or System of a Down. Some have amassed a legacy with their albums’ consistency over a prolonged period of time with very few drawbacks like Nine Inch Nails. With a band like Thrice and a history as long as theirs, 23 years and counting, odds for any artist to remain consistent are pretty paper-thin.

You may or may not be familiar with their work but if you are, it’s quite commendable to see what the post-hardcore quartet underdogs have brought to the table for the past 23 years and counting. For their first two studio outings, ‘Identity Crisis’ (2000) and ‘The Illusion of Safety’ (2002), Thrice seemed to be just your typical band jumping on the bandwagon of the emo/post-hardcore scene of the late 90s and early 2000s. Eventually, they attained much more commercial success with ‘The Artist in the Ambulance’ (2003) which was an album that refined the post-hardcore formula with some melodic hardcore elements added into the mix.

It wasn’t until 2005 though that the band achieved a significant milestone with ‘Vheissu’, a much more experimental rock-driven outing in an effort best described as “Radiohead meets at the Drive-In”. That sonic experimentation would then carry on to their next two albums, ‘The Alchemy Index Vols. I & II’, (2007) and ‘The Alchemy Index Vols. III & IV’ (2008). By the time ‘Beggars’ hit the scene in 2009, Thrice had almost completely shifted into a more mainstream driven sound with very few remnants of their post-hardcore sound. This trend would continue until ‘Major/Minor’ two years later which offered their most balanced and emotional outing of alternative rock and their return to their trademark post-hardcore sound to date.

Alas, it would be their last album for a while as they decided to go on a hiatus after touring the album. The band’s future seemed uncertain by then as they had been recording and touring for more than 11 years at that point. It would be another five years before Thrice would return and hit back harder with ‘To Be Everywhere Is to Be Nowhere’ in 2016, a superb combination of post-hardcore and hard rock that showcased Thrice with a much more mature sound. Unfortunately, their creativity didn’t exactly yield the best of results for 2018’s ‘Palms’ which far from bad, was mostly forgettable and lacked the ambition that made them a great band.

Coming fresh off the lackluster ‘Palms’, I didn’t exactly have the highest of expectations for the band’s eleventh album, ‘Horizons/East’. After hearing it though, I’m extremely happy to say that this album is yet another terrific addition to Thrice’s catalogue. There’s one thing to note about the album; it’s that excluding ‘The Alchemy Index’, ‘Horizons/East’ is by far the most balanced and diverse outing of Thrice’s catalogue. It’s evident as early as the opener ‘The Colors of the Sky’ which is a nice prog rock-tinged track but still feels like a Thrice song. While there are plenty of tracks here that would greatly appeal to the fans of Thrice’s earlier days like ‘Scavengers’ and ‘Summer Set Fire to the Rain’, the album is equally as exciting and exploding with other genre forays.

‘Scavengers’ is a nifty call back to the post-hardcore days but the band doesn’t stop there as they delve slightly deeper into punk rock territory with ‘Buried in the Sun’, a politically driven track with an insatiable groove and an infectious guitar and bass line courtesy of Teppei Teranishi and Eddie Breckenridge around the one-and-a-half-minute mark.

‘Northern Lights’ sees the band have some fun with a nice and relaxing smooth jazzy atmosphere with some terrific rhythm with the drums and bass all while being accompanied by a neat piano and vocalist Dustin Kensrue’s vocals.

‘Summer Set Fire to Rain’ is another post-hardcore driven track featuring some excellent drumming by Riley Breckenridge and quite a memorable chorus. This is probably the closest Thrice have gotten to replicating the emotional intensity of their earlier works, especially the second half and it is a welcome addition because of that.

It goes without saying that Eddie on bass is the true star of this album and nowhere is that more apparent than on the track ‘Still Life’, an atmospheric track that dare I say channels elements of post-rock as it gradually builds traction throughout the track that unfortunately is a bit of a miss with an unsatisfying climax despite the terrific atmosphere and vocals.

The album decides to close on a rather beautiful note with ‘Unitive/East’, a heavily piano-driven track with Kensrue’s heavily effected vocals. To any diehard fan of Thrice, it is quite reminiscent of ‘Silver Wings’ off of ‘The Alchemy Index Vol. III’. It’s a calm and serene way to close off the album.

‘Horizons/East’ is not without its detractions. A track or two really feel uninspired in the long term and the lyrics can be a hit or miss with the average listener. Overall though, this album is quite a bold statement from the band that they still have plenty of fuel left in the tank by showcasing their experimental as ever tendencies while also giving something for their longtime fans to enjoy. A sonically diverse album that makes for a really cohesive listen, ‘Horizons/East’ is easily a step up over ‘Palms’ that while nothing new or terribly exciting is still a step in the right direction for Thrice and another great addition to their discography.