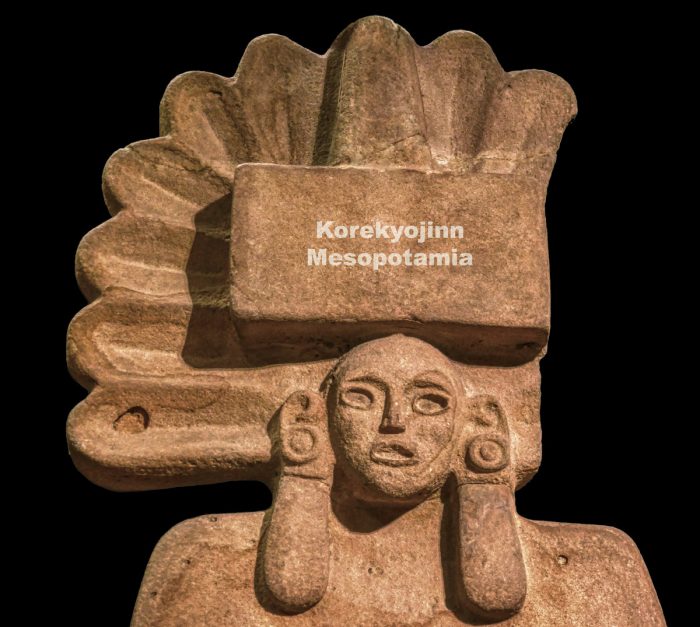 The album artwork for ‘Mesopotamia’

Korekyojinn are an instrumental progressive jazz-rock trio from Tokyo, Japan. The group is spearheaded by composer and drummer Tatsuya Yoshida, who is a prominent figure in the Japanese underground music scene. After having heard Yoshida’s work in the zuehl group Koenjihyakkei, I was interested to hear his take on progressive jazz-rock in his most recent release, ‘Mesopotamia’.

The album begins with its title track, wasting no time in introducing us to the nature of the album. High tempo guitar-driven riffs, abrupt but consistent changes, and lots of rhythmic play are on display. This song has a bouncy feel to it and feels reminiscent of something Discipline-era King Crimson would write. The song also features a neat guitar solo that is distortion heavy and almost feels like the notes are played backwards.

Similar to the title track, ‘Lucky Dip’ focuses primarily on a simple musical phrase and toys around with it in a multitude of ways. The rhythm section does a great job of keeping things feeling spontaneous but consistent.

‘Karakotorum’  has a more traditional rock sound and composition. A relatively simple tune with bits of prog sprinkled throughout that makes for a nice change of pace to the album.

‘Junction’ exemplifies a heavier, more dissonant sound that fits well with their high tempo style. The basswork in particular is splendid, featuring lots of chordal work that feels very unique. Guitar and bass shredding demonstrate how adept the band can be. Tatsuya provides excellent drum work as well, feeling groovy and complex.

‘Oval Moon’  is a song that has so much going on that I enjoy. The rhythm section contributes some incredible grooves. The guitar and bass maintain a mind-blowing back and forth throughout the song, and occasionally play some enjoyable unison lines. The jazzy guitar solo is one of my favourites on the album. The melodies are wonderful, and the song overall has a tropical, math-rock feel. Definitely my favourite track on the album.

‘Polite Force’ brings back the aggressive tone that ‘Junction’ introduced, but still has an identity of its own. Certainly, the most complex song on here, containing non-stop action and constantly shifting through a variety of musical ideas.

‘Nine Tails’ closes out the album very nicely, debuting some beautiful acoustic work that quickly transitions into the frantic and groovy style of music seen throughout the album. A nice summation of the album overall.

I really enjoyed what this high octane power trio had to offer. Although Tatsuya handles all of the writing, every member contributes to the music consistently well. The album primarily focuses on creating a fun and spontaneous experience in the prog-rock style, as well as using experimental composition. I would recommend this album to fans of The Aristocrats. While I am still relatively new to Tatsuya’s material I am definitely interested to hear more from him and the rest of Korekyojinn, as well as his other ensembles.

The album is available on Bandcamp https://korekyojinn.bandcamp.com/album/mesopotamia