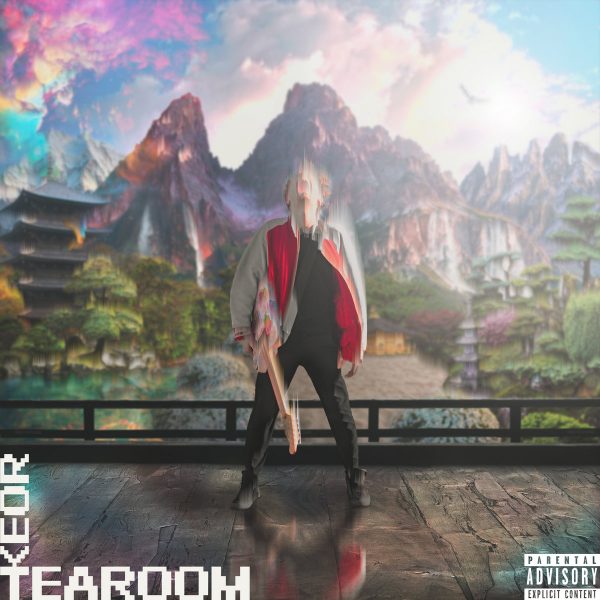 In 2018, Keor (Victor Miranda Martin’s alter ego) released a very solid fantasy prog metal album called ‘Petrichor’, which was well-received by his audience. In 2021, Victor gave us a fresh new take on prog with the new release, called Tearoom. This album is pretty different from Keor’s previous releases ‘Hive Mind’ and ‘Petrichor’; the two latter albums are pretty similar in terms of style.

Previous releases have been a combination of pretty melodies, riffs, and acoustic guitar passages. ‘Tearoom’ on the other hand, has taken a more rock approach and has more of a narrative album with bits of dialogue scattered throughout. The high narrative nature of this album implies that it’s a concept album that should be experienced as one continuous journey that takes you to a lot of different places. It should be noted that, with a runtime of 37 minutes, this is Keor’s shortest album to date.

The album kicks off with a small introductory filler track called ‘!!!’ that surely wakes you up, so to say, and makes you intrigued and excited to know what happens next. After that, we have ‘Blossom’, which was the only single chosen to be released before the album. Blossom thrives on an interesting groove that’s maintained by the bass line and the drums throughout almost the entirety of the track. Adjacent to the groove, Victor sings some beautiful melodies that remind us of the vocals on ‘Petrichor’.

Next up, we have ‘Warlike’, and yes, this song sounds somewhat similar to how it’s called; it starts off with a percussion-driven beat that evolves into some rough chanting distorted guitars, all while the percussive beat still plays in the background. The song takes a drastic turn around the middle where it goes silent for a short while and then opens back up with some ambience and a majestic Bansuri Flute played by Tim Garson who also played the drums on some tracks, accompanied by a nicely mixed Tabla performance.

If you’re looking for a super catchy song you can easily sing along to, ‘Underworld’ is for you; this song starts off with a groovy, semi-distorted guitar riff that is immensely playful and makes me want to tap my foot or bop my head whilst listening.

Victor said that this is his most personal album so far, and that whilst this certainly holds true, we certainly can’t look over the musical elements that sit between narration and textured soundscapes, and the last two tracks on this album, ‘Learning God’ which is a long track that runs for 11 minutes 54 seconds and ‘Marta / I Am Keor’, showcase this beautifully.

A common element that is noticed in the two songs is spoken words intertwined with some tasty riffs, surreal acoustic chords, and arpeggios. Victor also manages to combine melodic vocal hooks, heavy riffs and poetic sentences where he breaks the fourth wall and talks straight to the audience. The album closer is exactly what I expected it to be; it is relatively short and ends on a nice riff that stayed with me even after the album ended. This album is definitely meant to be experienced as one continuous journey that takes you on a gorgeous adventure through a vast canvas drawn by Victor’s mind.

I realize how different this album is from the two other albums Keor has released, and even though not many of his fans agree with this direction, I’m personally a fan. Artists need to evolve and express themselves in different ways, ‘Tearoom’ has really resonated with me, probably due to it being so personal; it made me feel somehow close to the author of this piece of art and because even though it’s not exactly the general style of Keor, there were plenty of callbacks to ‘Hive Mind’ and ‘Petrichor’ which made it seem less unfamiliar per see.

Overall; this album is well mixed and mastered, even though the loud parts are LOUD and the quiet parts are… Well, quiet. But it was otherwise exceptionally entertaining to say the least.