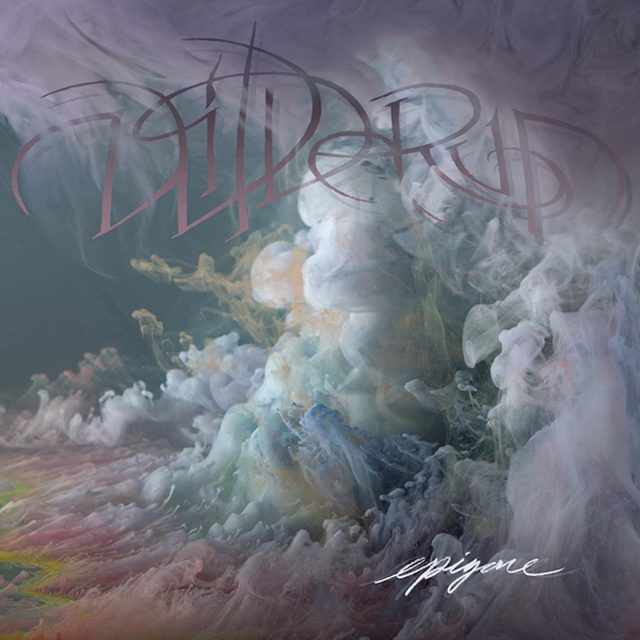 Wilderun have returned with their fourth studio offering, ‘Epigone’. The band made waves in the prog scene with 2019’s ‘Veil of Imagination,’ which has since become a modern classic in the genre for me. Now, after 3 singles, the highly anticipated follow-up is one of the first major releases of 2022.

Symphonic metal is one of many genre tags that could be applied to Wilderun. It may sound like an oxymoron to some, but it’s a well-defined genre that’s been around for a few decades now. That said, I think there are few, if any, bands that work as well in tandem with the symphonic elements as Wilderun does. Their guitar and vocal melodies collide beautifully with strings and epic orchestration. Operatic vocals are performed to a backdrop of blast beats and distortion. It’s a listening experience that’s difficult to match.

With ‘Epigone’, Wilderun continues their streak of beautiful yet intriguing album covers. The rainbow-painted clouds rolling by is a fantastical image, and ‘Identifier’ continues paying off that image. A 6-minute radio edit of this song was released as the third single late last year. The full track is nearly twice as long and much more fleshed out and satisfying, in my opinion. ‘Identifier’ has some of the more immediately recognizable hooks on the record and is yet another example of Wilderun’s refined songwriting ability.

‘Exhaler’ kicks things off unexpectedly with an acoustic ballad. For a band that typically has so many layers in their music, this track is uncharacteristically simple, but still engaging in its own way. The second half swells with violins and other folk instruments. It’s a very charming song and an interesting choice to open ‘Epigone’. It feels like the sort of track most bands would place toward the end of the record, given that it doesn’t at all represent the sound of the album at large.

The second track is the longest on the album at 14 minutes, and it’s titled ‘Woolgatherer’. While all the elements of their past work are present here, it’s much more restrained than usual. A more mature brand of organized chaos than I was used to from Wilderun. Most impressive to me was the quiet eerie sections in the intro and middle, where all the bombastic aspects of the music are stripped away and the music is carried mostly by vocalist Evan Anderson Berry. The vocals are such a pillar of what makes this record great. Berry transitions seamlessly from belting infectious and touching chorus’, to dishing some of the most crushing growls in the game.

Wilderun has an amazing ability to make music that transitions from a ballad to death metal, and back again. The lead single, ‘Passenger’, is a fine illustration of that ability. It took a few listens to grow on me, but once it did, it was one of my favourite songs released last year. Like many tracks on this album, ‘Passenger’ seems to build into two separate climaxes. The first one toward the middle of the song comes with a dazzling guitar solo, followed directly by an impassioned chorus. The second climax harkens back to the band’s folk metal roots with its galloping riffs and uplifting tone. This track, as a single, showed me immediately that Wilderun was picking up right where they left off with ‘Veil of Imagination,’ making first-rate prog music.

The last 4 part epic from this band came on their 2015 record, ‘Sleep at the Edge of the Earth’, titled, ‘Ash Memory.’ Seeing 4 songs titled ‘Distraction’ on this album’s tracklist definitely set my expectations high, and I was not disappointed. We actually got a taste of this song a couple of months ago in what is one of the most interesting release strategies I’ve seen. ‘Distraction I’ was the second single for ‘Epigone’ and despite having an abrupt and unsatisfying ending without its subsequent parts, it managed to stand on its own. The early parts of this track loosely reminded me of something Devin Townsend might have written in the late 2000s.

‘Distraction II’ might be the most metal sounding song on the album. We’re introduced to groovy riffs and a heavy dose of growls. It’s a contender for my favourite individual track on the record, and as one part of a larger song, it serves its role and builds nicely into ‘Distraction III’. The third part takes a sharp turn in the opposite direction. Soft strings and synths lead us into the climax, another emotive and melodic guitar solo. Parts two and three are the meat of this song, and despite polar opposite tones, they both nail what they were going for.

‘Distraction Nulla’ in many ways feels like it’s not the same track as parts one through three. It begins with some unsettling ambience before exploding into a wave of harsh noise. Blast beats and guitars are distorted far beyond what they are on the rest of the record. What sounds like black metal style vocals pierces through this wall of sound, and then the album ends. It’s an interesting choice that caught me by surprise at first, the harsh ending is abrupt and jarring. While I don’t fully understand it, I’ll never fault an artist for trying something different and that seems to be what they tried here.

While ‘Distraction Nulla’ is this album’s true finale, I would be remiss if I failed to mention the excellent cover of Radiohead’s hit song, ‘Everything In Its Right Place’, that is included in the bonus tracks version. This sees the transformation of an experimental electronic rock track into a prog metal epic, and somehow it works so well. This is everything a cover should be in my book, a respectful homage to the original artist while also putting your own spin on it. And it’s the cherry on top of an already remarkable album.

It’s pretty obvious by this point that I’m a huge fan of this band, and this article is mostly me singing their praises. But I truly think they’re deserving. Wilderun is one of the most exciting names in the progressive metal scene right now, almost unmatched in their diversity of sound and consistency.

The expectations put on this band after the acclaim ‘Veil of Imagination’ received were monumental. While it’s impossible to decide whether one record is better than the other, I think ‘Epigone’ is proof that Wilderun’s prior success isn’t a fluke. This album lives up to the hype and shows that this band is still willing to take chances with their ever-evolving sound.