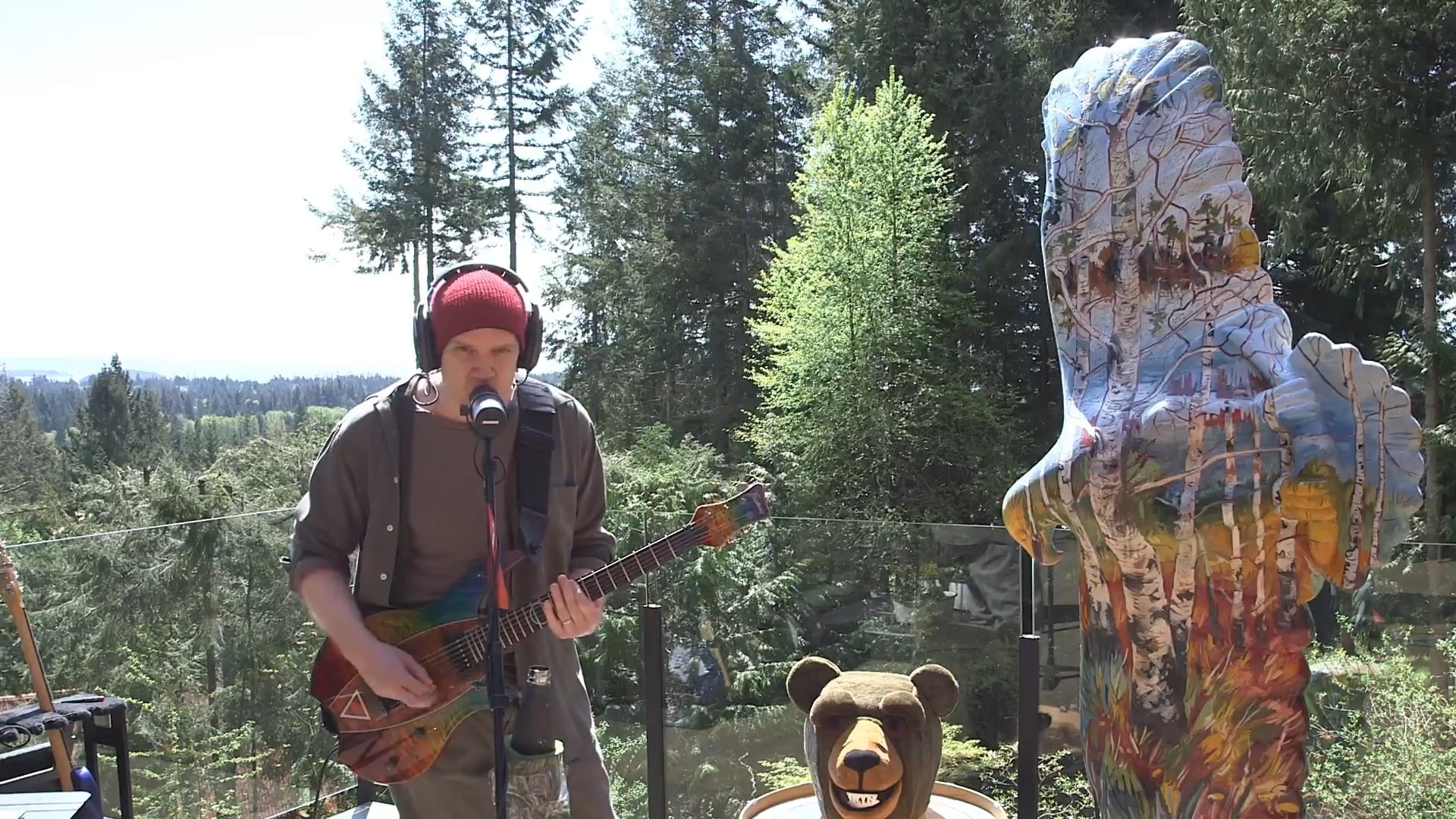 A wild Devin Townsend in his natural habitat

After more than a year since our last article on live music, we’re finally talking about it again! Granted it’s not quite as live as we’re used to, but the opportunity to see Devin Townsend performing ‘Ocean Machine’ in its entirety, even if it is ‘just’ a livestream, was too exciting an opportunity to pass. I’m personally a huge fan of this album; and having missed out on previous opportunities where Devin has played this album live in full, I’m glad this is something I’m finally able to participate in.

In his vast discography, ‘Ocean Machine’ has always been a standout album for me from his work in the 90s, crossing between Strapping Young Lad and Steve Vai’s band, his musical output during this time was reasonably bonkers to say the very least. And it’s only got weirder from there.

Over the last year, Devin has been working on various projects from his upcoming studio album ‘Puzzle’, to composing for a Cbeebies TV show (that’s kids television here in the UK).

So amidst all the normal chaos, I’m currently: doing a 14 episode children’s show on BBC, mixing a band, making a film and 2 albums and moving house. The combo is pretty intense, but I miss interacting with the audience. Bear with me during this time 🙂

And on top of this, Devin has put together a handful of livestreams covering various eras of his discography with killer lineups of supporting musicians such as Ché Aimee Dorval, Anneke Van Giersebergen, Morgan Ågren, and Steve Vai.

Anyway with that out the way, on with the concert, and the cinematography budget has clearly increased this time around. Gone is the Xbox controller, and what’s replaced it is an autonomous drone flying through the Canadian wilderness.

Devin went into the Candian wilderness to Farm Studios to play this show. The scenery was absolutely breathtaking compared to some of his previous livestreams over the last year that have had heavy greenscreen action to cover the background.

Straight away as the intro started playing for ‘Seventh Wave’, the flying drone camera started to zoom out and reveal the scenery around Devin which managed to create an epic atmosphere to accompany the music. And deservedly so. 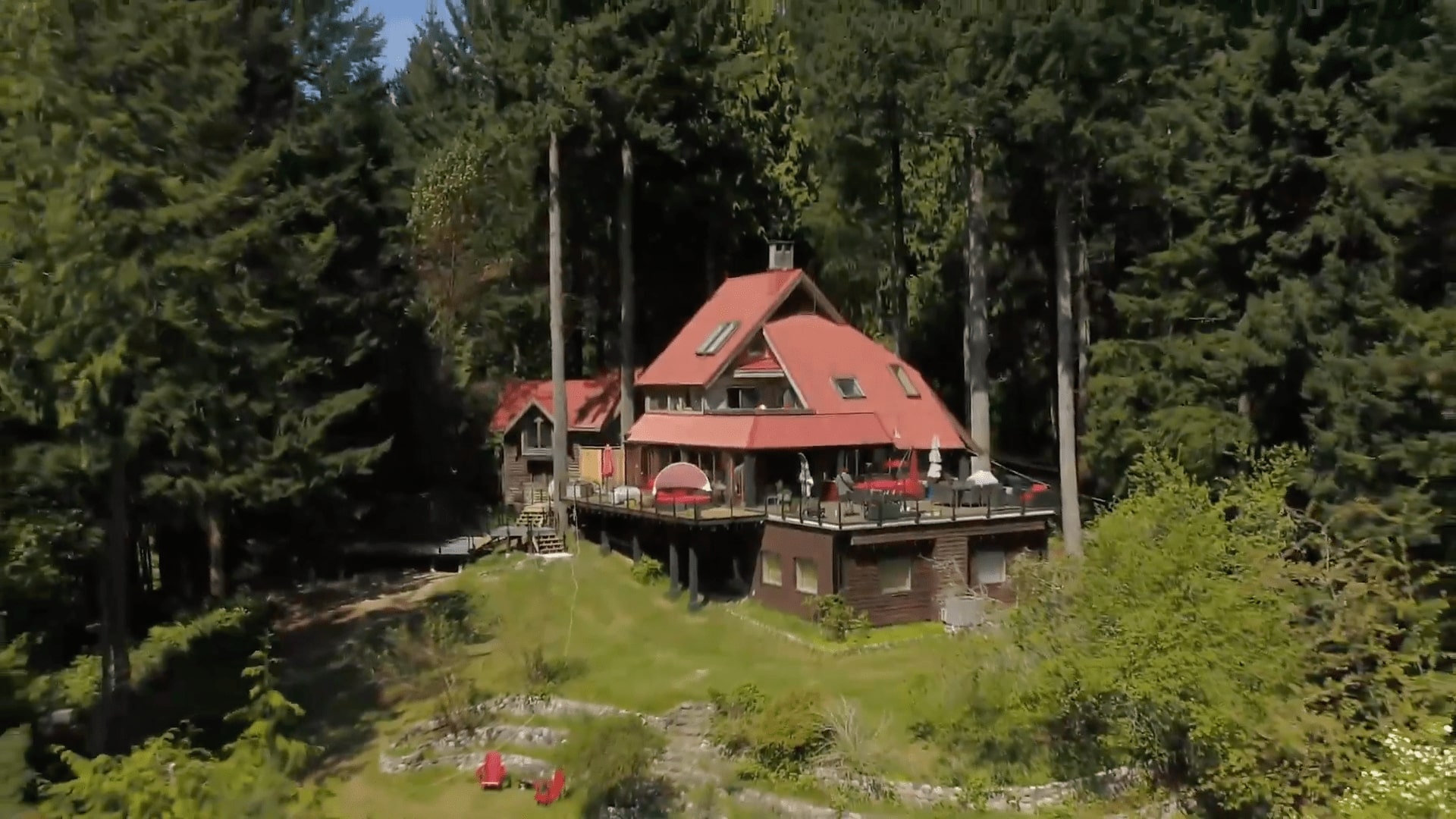 Devin also mentioned that the whole arrangement was built up from scratch which in itself is pretty dang impressive given everything else we’ve just mentioned that he’s been up to.

The setlist wasn’t an unexpected one as the prolific musician worked his way through the ‘Ocean Machine’ record, with ‘Life’, ‘Night’, and ‘Hide Nowhere’ playing next. Devin’s voice sounded insane, from harsh to clean to operatic whilst all playing the guitar parts. I can’t really believe I forgot how much I loved Devin as an artist, and this performance was a stark reminder of that.

And I know I’ve already gone on about it, but the overarching drone shots looked absolutely fantastic! Every time we got a flying drone shot my jaw dropped open. I really can’t emphasise how much I loved the shoot location. Although that’s probably in part due to the fact I’ve only left my house about 10 times in the last year. Thanks pandemic… 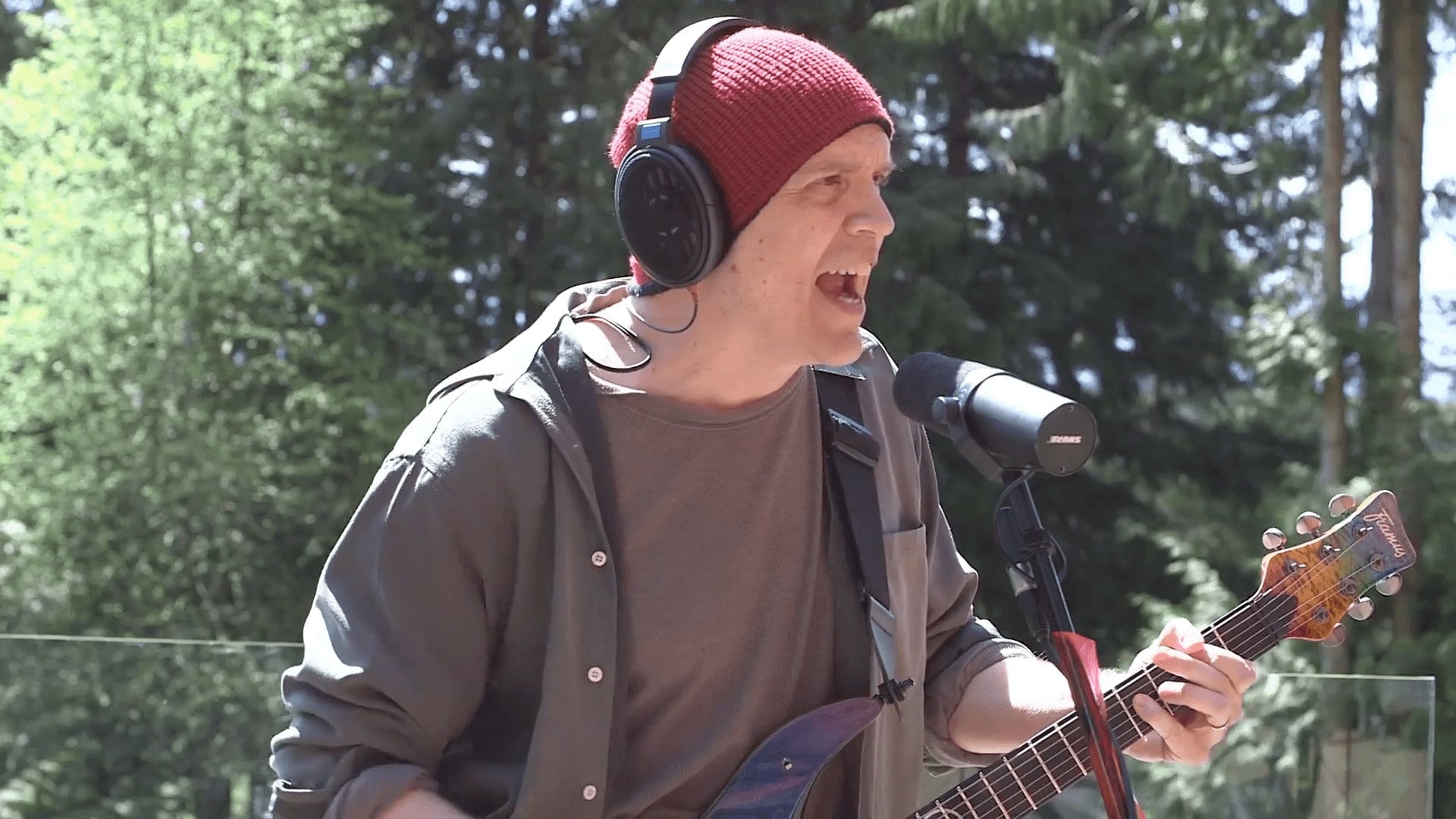 Devin screaming into the Canadian wilderness

My one minor complaint is that the SM7B that was used on the vocals was picking up everything, not just Devin’s singing. So through the more aggressively metal sections of the album, pick scrapes were coming through ruining the immersion a bit. I guess this is more of a recording studio than a live studio so they might not have the exact equipment needed to pull off a live gig, but I’m a tad surprised no one noticed that during rehearsals and thought to use a different mic with a different polar pattern.

Cooper the dog paid us a surprise visit during ‘Funeral’, and even though Devin’s voice started to strain and break, he powered on through with the emotional performance. 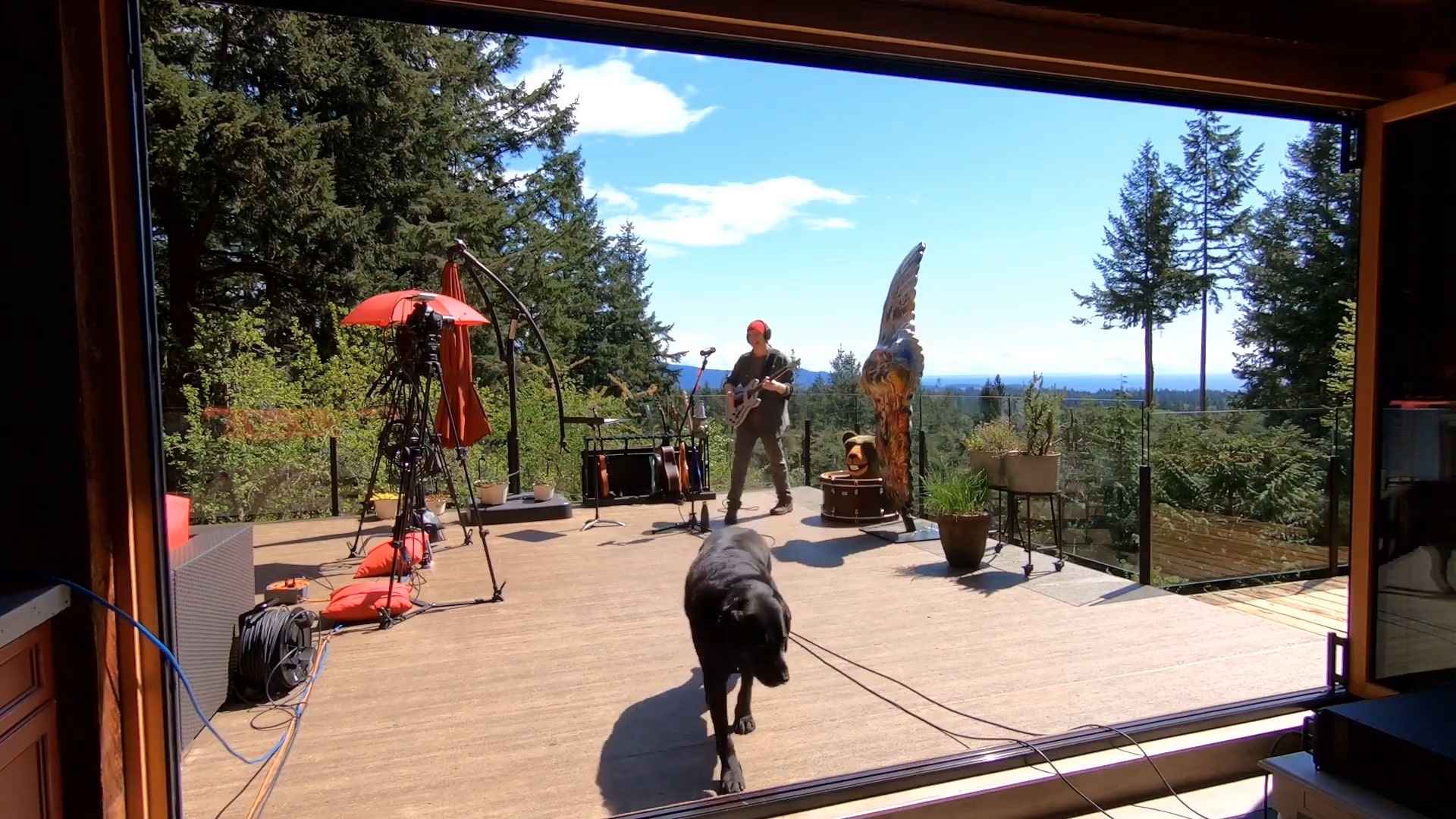 The album closer ‘The Death of Music’ was superb as usual. Devin’s voice shone through in a wonderfully powerful manner. Something about the whole aura created around him with the scenery, the lyrical themes, the hard-hitting instrumental arrangements, this might be one of my favourite Devin performances I’ve come across.

As Devin led to close the performance, he opened with “This is the most anti-climatic ending ever” as he played the chorus to the demo track ‘Ocean Machine’. The one track that didn’t make it on to the original album due to disputes with the recording studio when the original album was recorded.

I think my favourite quote from the whole show is when Devin said “The biggest middle finger you can give right now is to be happy”. I think that’s something we can all take with us as we gradually start to ease ourselves into a future without a pandemic over the next year.