Dream Theater at the Wiener Gasometer 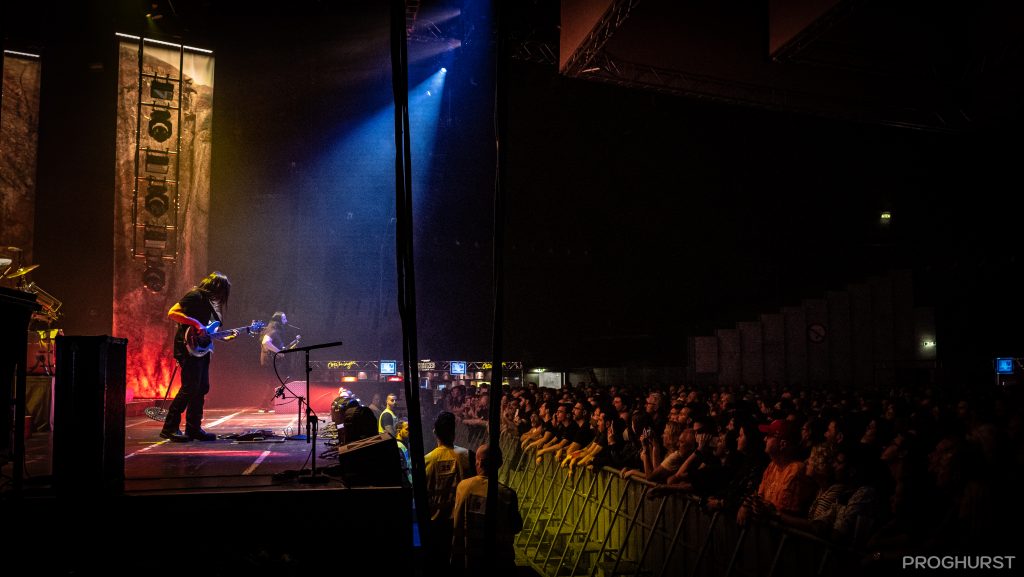 Another day, another concert. And this time we’re in Vienna, Austria, to catch Dream Theater. This is their first headline European tour since the covid pandemic began, and their leading tour in support of ‘A View from the Top of the World’. Devin Townsend has been the support act for the shows outside of the UK, whilst Tesseract took to the support reigns inside of brexitland (United Kingdom).

They played in a beautiful venue from the outside – a selection of old gas storage cylinders that got converted into apartments, shops, and a concert venue in the 80s. The inside was… your bog-standard concert venue. But then I’m not sure I should have expected more from converted gas cylinders! 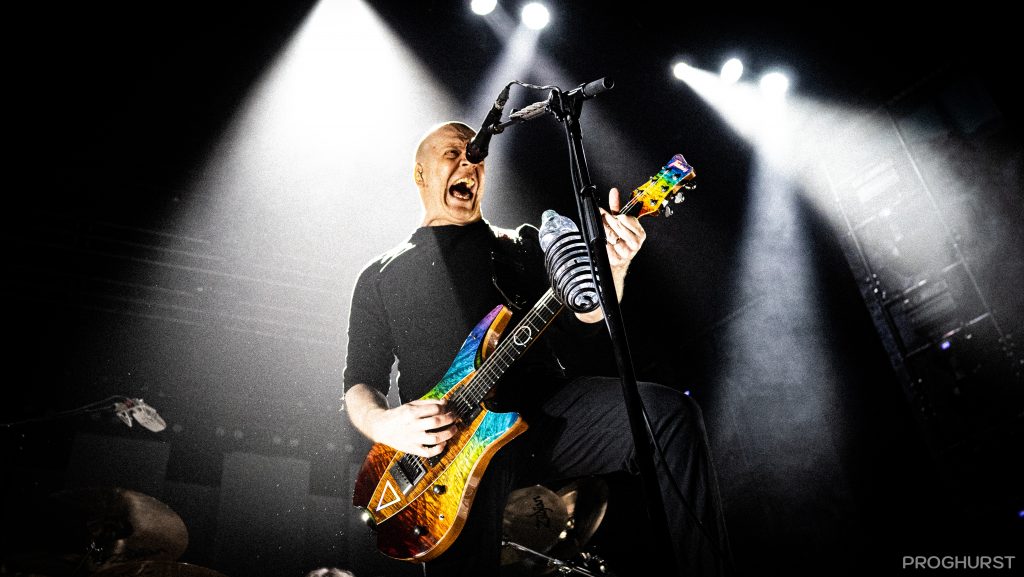 Devin growling at the audience

Devin Townsend and his entourage were up first. Now as I’d caught this act very recently at the Royal Albert Hall in the UK, it made for interesting watching catching the differences between the two performances, because now the collection of musicians on stage had some more practice between them, and a more stable setlist. Which ended up led to a greater amount of comradery and confidence when playing the material, which ultimately led to a great show.

Kingdom, Regulator, even two songs from the Ziltoid, and ‘Aftermath’, a Strapping Young Lad track. Devin was really trying to cover his whole discography in this dense set before the headline act. 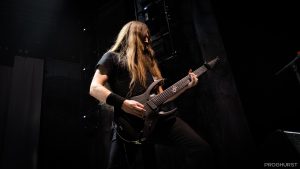 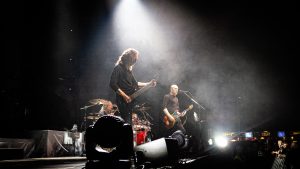 Devin’s band from the side stage 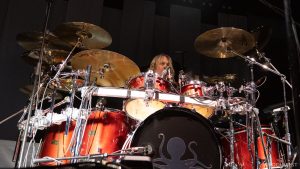 Devin’s vocals were as on point as ever with his harshest sounding absolutely disgusting. Entirely in a good way. And it sounded especially great in ‘Deadhead’, cited as “Here’s a love song for you, Canadian style”… The last track, ‘More!’ had a bonus guest guitar solo from Stephen Platt which sounded ace!

A quick break, and then it was time for the headline act, Dream Theater. And somehow, this was my first time ever seeing the band play live. I almost caught them on the ‘Distance Over Time’ tour before the pandemic, but alas unemployment woes led me to be unable to afford the tickets back in 2020. But that changes tonight…

The theme music from the hit TV show ‘Squid Game’ blasted through the speakers as the band came on the stage, ready to play the highlight single from their latest album ‘Alien’. A fast-paced hard hitter to really get the show rolling right off the bat, and then an older track to keep the long-time fans happy – ‘6:00’ was played from the ‘Awake’ album. 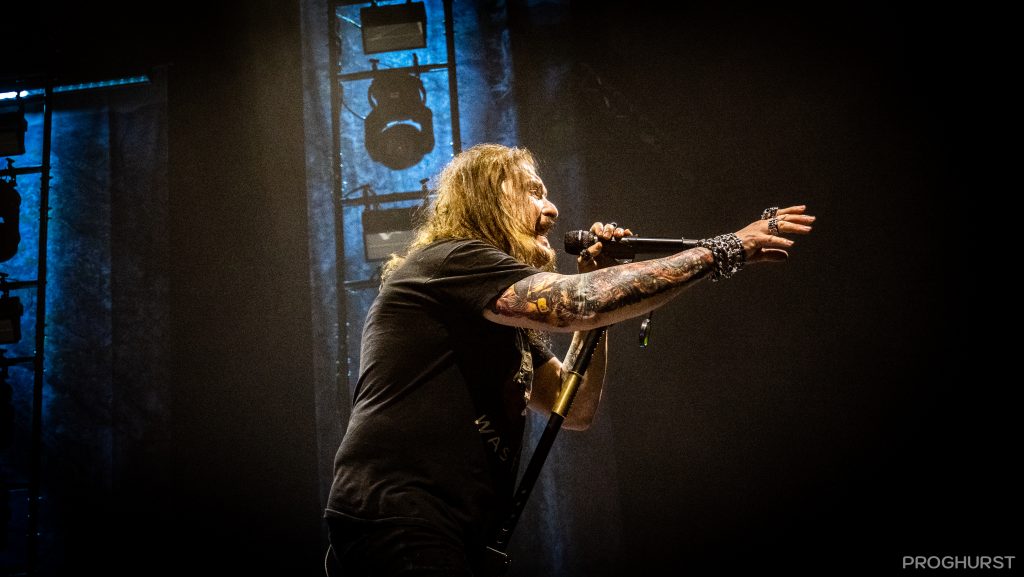 James LaBrie giving the audience all he’s got

Back to newer material playing another hit track from the new album ‘Awaken the Master’ before going back in time to ‘Endless Sacrifice’ much to the joy of the audience, and to the joy of myself. I’ve really been getting into ‘Train of Thought’ over the last year, so I was over the moon to catch the prog-metal legends play some material from this album live. And, it was the perfect track for Jordan to whip out his keytar to and really make use of the full stage with the other members of the band.

For ‘Bridges in the Sky’, James LaBrie’s vocals started to waver, but he managed to claw it back and pull through for a rendition of this 11-minute epic. Now, this was the track that many people have been citing online as James using backing tracks, and miming along to the song live, but that couldn’t be farther from the case tonight. Full-on heavy mental chops slapping out were smashing out the vocal melodies, and James sounded consistently great throughout the evening. 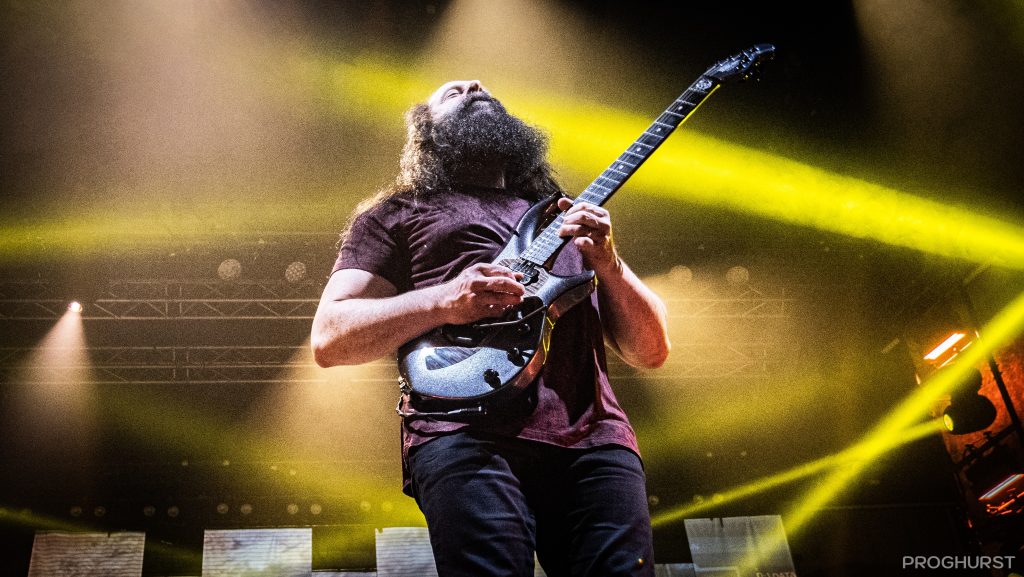 ‘Invisible Monster’, another new track off of their latest record went down well with those that knew it, but it seemed a lot of fans were just there for the classics which was a real shame. John Petrucci’s guitar solo in this track was an absolute treat to catch live, and ever since I heard the studio album I was wondering how it would be possible for him to pull it off, and now I know. Seeing that man and his fingers getting busy up close gave me goosebumps, quite frankly.

When that all too magical piano came in at the start of ‘About to Crash’ my eyes lit up, as this is one of the band’s works that I’m very familiar with. We quickly moved into ‘The Ministry of Lost Souls’, another recent listening habit favourite of mine. They were really going all-in on the epics tonight, as the setlist only had ten songs total! 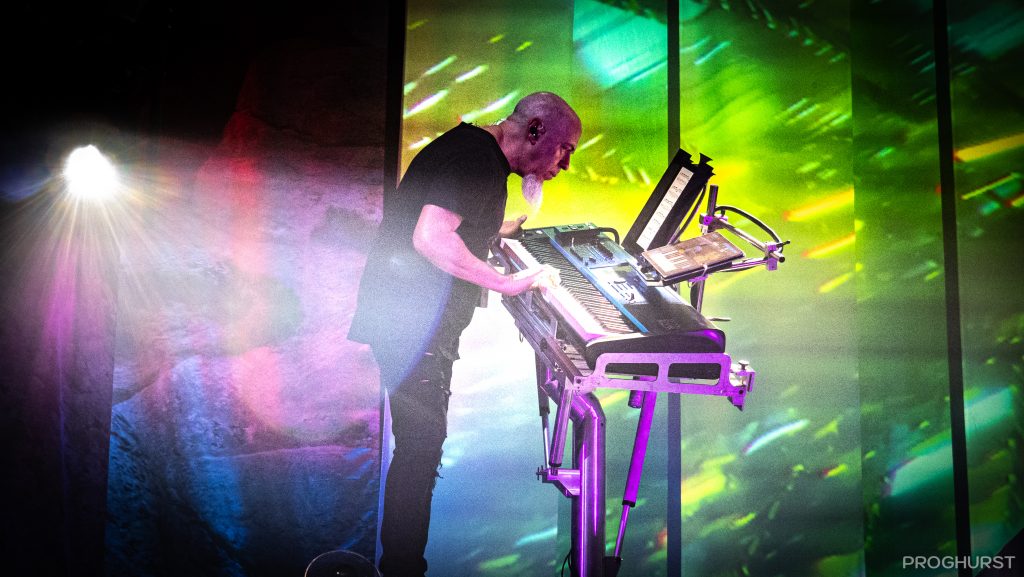 Jordan Rudess serenading us with his magical fingers

Another epic, and in fact the newest and longest epic (over 20 minutes!) from the latest album ‘A View From the Top of the World’ which some fans were excited about, and it has to be played given this is the tour supporting that album, but it is a shame that more of the audience didn’t recognise the chorus lines to sing along on what would be the penultimate song of the evening.

Yes even after all those epics, the crowd cheered for more, one more encore song. And that’s what they got, with the band taking back to the stage with ‘The Count of Tuscany’. The whole crowd was “whoaing” towards the end of the song, clearly, a fan favourite for the evening, maybe because they’ve not played it live in over a decade.

Nearly 40 years into their career, Dream Theater show no signs of slowing down, and this evening proved to me that the band are on the top of their game as ever, and that bright things are on the horizon for these now legend status musicians in the progressive metal scene.