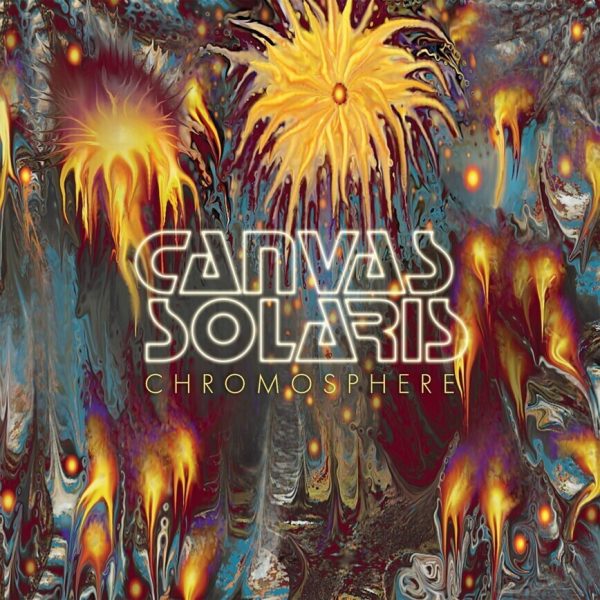 Canvas Solaris are an instrumental progressive metal band from Statesboro, Georgia. I had stumbled upon them back in high school when their 2010 album, ‘Irradiance’, was released. A great album to be sure, but it was their previous effort, ‘The Atomized Dream’, that had really captured my interest. That album to this day I feel remains a unique offering in the world of instrumental progressive metal, with its soaring and melodic atmospheres, backed up by the technically demanding riffs and progressions you would expect from acts such as Cynic and Watchtower.

With Canvas Solaris’ new 2021 release ‘Chromosphere’ being their first album in 11 years, I was ecstatic. The band, originally disbanded after their 2010 release, had reunited in 2014 to begin writing for what would eventually be their sixth album.

The album overall does have more of an emphasis on progressive metal elements, with drummer Hunter Ginn stating “When we started down the path of making a new album, Nathan (guitarist) and I knew that we wanted to apply more focus to the songwriting, so we turned to inspiration from late-’80s/early-’90s progressive and technical thrash bands like Toxik, Realm, Watchtower, Mekong Delta, Target, Coroner, Deathrow, Anacrusis, Believer, Obliveon, and Sadus to provide us with a deep reservoir of ideas. Chromosphere doesn’t exactly come across as sounding like those bands, but I would like to think that at least CANVAS SOLARIS shares with them some DNA.”. With the album being their most aggressive release to date, it does lend to it being more consistent in dynamics.

‘Extrasolar Biosignature’ debuts the album, and right off the bat this song establishes the album very firmly in the metal realm. Complex lead lines are backed with crushingly heavy rhythms and percussion. Even the synths, which were very airy and atmospheric in previous albums, take on a darker tone. Some of the riffs even feel like they would belong in a tech thrash album.

The second track, ‘Hidden Sector’, has a very cool sound. This track definitely feels like the Canvas Solaris I once knew. The upper register bass tone and riffs are reminiscent of bands such as Atheist and Watchtower, but the melodic sensibilities and synth licks give this song a feel of its own.

‘Zero Point Field’ clocks in at over 13 minutes, which to my knowledge is their longest track to date. The length doesn’t hurt one bit, however, as the composition throughout is wonderful. This track definitely harkens back to ‘The Atomized Dream’, which lends it to be my favourite on the album overall.

I certainly do feel the first half of the album is more enjoyable than the second. It treads new territory while still retaining some elements of what I’ve come to love from them. The second half, however, focuses on shred and lead elements a bit too much, making it feel not as memorable. Overall I’m happy to see a revival from the band, but I wish they didn’t go to such an extreme with the new direction in music.