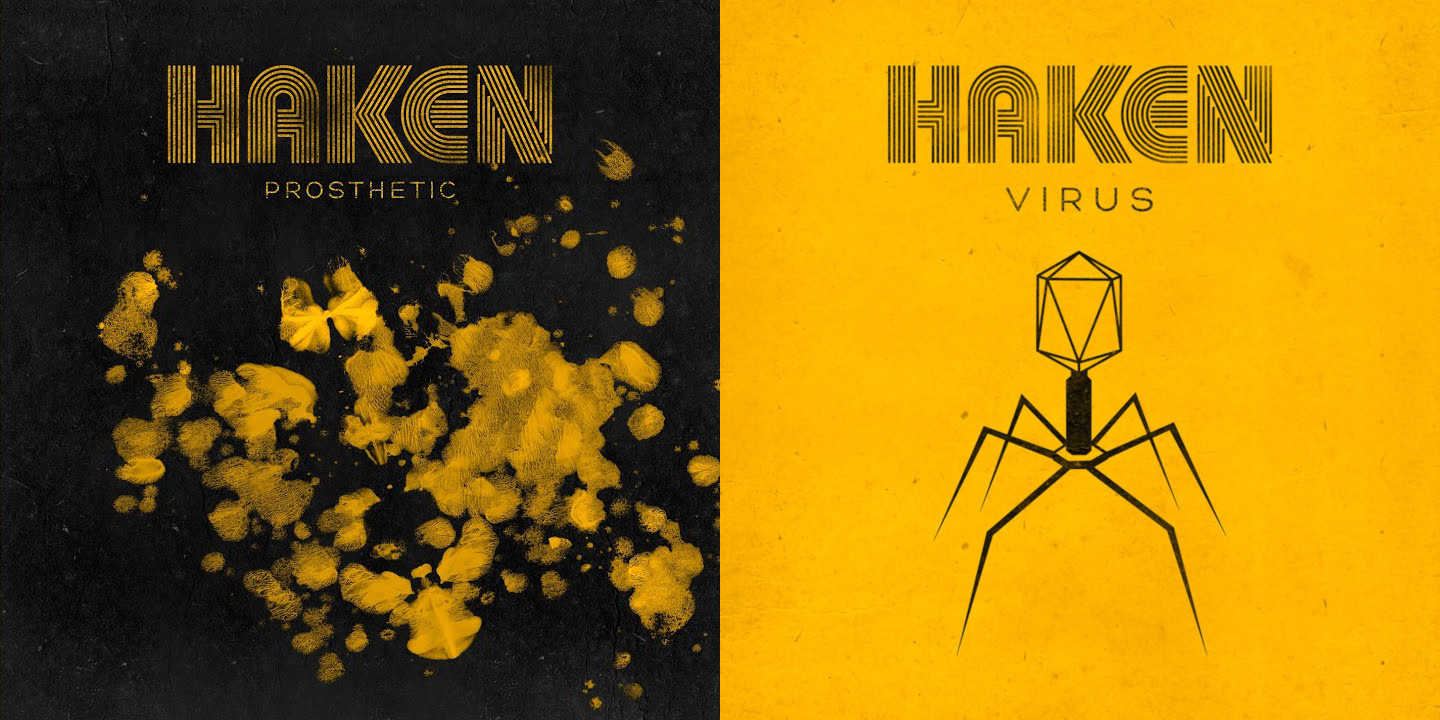 After releasing ‘Vector’ in 2018, Haken are swiftly coming around with a follow-up to the original concept album. They teased a preview of the new track ‘Prosthetic’ in the last 10 seconds of a bootleg concert footage from their show supporting Devin Townsend at the Roundhouse in London last year.

As Devin had a professional camera crew in for this show, I was hoping that we’d see similar high quality visuals for Haken, but that seems to not be the case. Either way, it’s certainly a fun live show for us all to enjoy in the lead-up to the next album release.

Thanks to this livestream however, some clever people used ‘Shazam’ to identify what the song was that was playing at the end. This subsequently lead to the album listing on Apple Music which helpfully included a 30 second preview of the first track ‘Prosthetic’! We also found out through this that the album is expected to release on June 5th 2020. 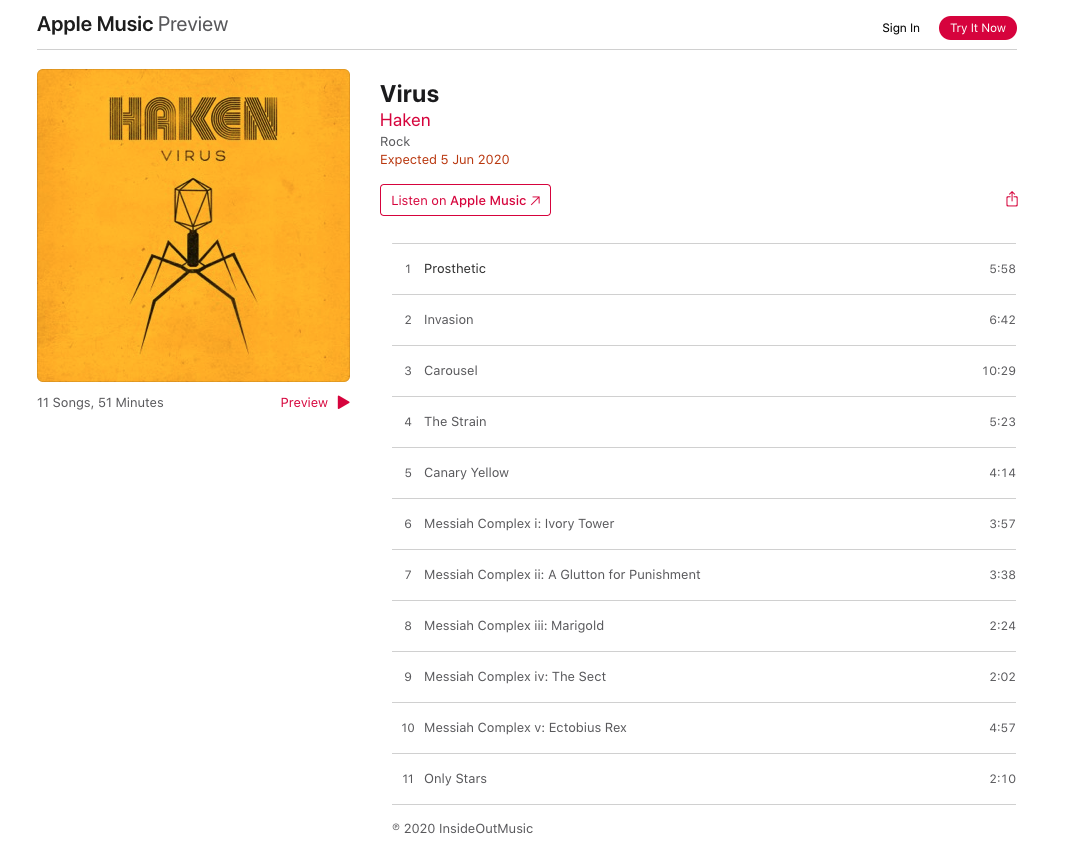 Tracklist for ‘Virus’ in Apple Music

However I’m sure you’re eager to hear the new single in full as I am. Thankfully it releases at midnight tonight (in whichever country you reside in) on YouTube. I’ve already checked it out and have placed the single below.

, the track starts with the familiar riff that we heard on the post credits for the Roundhouse live show. The band have gone far heavier than they had previously on Vector, sounding what can only be described as if Dream Theater wrote a Periphery album. It’s very heavy on the djent with some new interesting vocal sounds coming from Ross. A big contrast to the Novena record that he sung on that came out earlier this year.

I also feel some heavy Devin Townsend influence here with the choir stabs around 2:25. Given the band have just spent most of the last year supporting Devin on tour, with Diego (Keyboards) also playing inside of Devin’s session band, it’s of no surprise that his style has rubbed off on the band.

I for one am massively excited to hear the new album in full when it releases in June. I wasn’t expecting a new album from the band until at least next year – especially with how busy they’ve been touring, and also with Richard (guitar) and Ross (vocals) both taking time out to work on other projects outside of the band. Ross’ being Novena, and Richard writing a solo album.

April 3rd Edit: The single has been officially released on the Inside Out YouTube channel. The video link above has been updated to reflect that.