Where to start with Fleshgod Apocalypse? Bands that fuse together death metal and opera are near unheard of. In fact, the idea of that sounds like a Spinal Tap sequel. Yet Fleshgod’s fusion of instrumentation and vocal styles leads to thick and juicy textures, pushing the boundaries of what death metal albums are ‘supposed to sound like’. Since forming in 2007, they’ve released 5 LPs. The latest of which being ‘Veleno’.

I am a huge fan of their previous release ‘King’ which is what first introduced me to the band. The artwork was eye catching, and with a name like ‘Fleshgod Apocalypse’, I knew I had to give it a listen. ‘King’ smashed it out of the park for me, and was my 3rd favourite release of 2016, only narrowly falling behind Haken’s ‘Affinity’, and Vektor’s ‘Terminal Redux’. Track after track of pure technical greatness has led that my ears back to the album many times.

This has however left me with incredibly high expectations for Veleno! I’ve been wondering for a long time how on earth they were going to follow it. And worryingly it looked likely they may have been unable to.

In-between releases, Tommaso Riccardi, their lead vocalist, departed from the band. Francesco Paoli once again took up the hot seat as a lead vocalist having not done so since the first album.

When a lead singer leaves a band, it can be incredibly challenging to live up to fan expectations on a followup release. For example, the Blaze Bayley era of Iron Maiden which led to some questionable records that generally don’t get talked about over say, ‘The Number of the Beast’. Another famous example is Yes’ ‘Drama’ record which led to aggressive booing from fans on the subsequent album tour. Although Drama is possibly my favourite Yes album. Sorry.

However, with Fleshgod Apocalypse it’s different. Much to the praise from fans on social media, Paoli’s vocals have far exceeded everyone’s expectations. From the initial singles being released to the album launch, I’ve been excited by the drastic change in vocal timbre. As such with a band that relies on texture so heavily to create thick luscious sounds, the return of Paoli has created a whole new atmosphere on this release for listeners to enjoy.

The album starts off with ‘Fury’, immediately presenting the listener with pure brutality. Previous albums have eased in with orchestral introduction tracks to gently build a dark and gloomy atmosphere. This time around however, the band have chosen to delve straight into the heavier end leaving no prisoners. A bold choice, but it fits in with the style of the record. One of my favourite sections of ‘Fury’ is the staccato stabs coming from the choral backing vocals. These pierce through the texture creating mass drama for the listener.

‘Sugar’ comes later on, with Francesco Ferrini on the piano weaving in and out of the distorted guitars and blast beats during the verses. He brings a subtlety, alike to bird song, into the counter melody line which perfectly complimenting Paoli’s vocals.

As a classically trained musician, I love the range of instrumentation and vocal styles that get used. From the beauty of an acoustic piano, to the operatic vocals that soar across the top of the rest of the band from Veronica Bordacchini. She makes even the heaviest of songs feel like you’re flying amongst the valkyries. 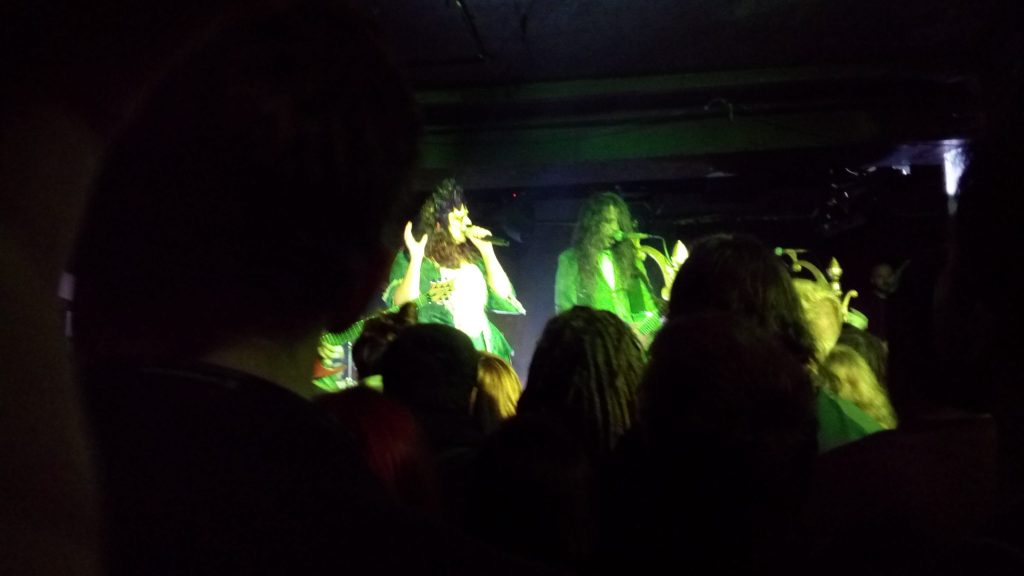 The percussion on the record is relentlessly epic. The sound envelops the rest of the band with complicated rhythmic patterns which perfectly compliment the complexities of the tracks. Once you start trying to analyse all the different parts going on, you focus on the little nuances like slapsticks being used, and counter melodies from the string section. These details really show off how polished this record is.

The band have also used floods of reverb coming out of the percussion, as well as the choral parts, which adds to the huge precense of music. You can almost feel yourself immersed in an Italian opera house while the sound surrounds you from all angles.

‘The Day We’ll Be Gone’ reminds me of Epica, Cannibal Corpse, and a eurovision style ballad all in one. It really shows off the diversity in songwriting talent of the band to be able to take so many genres, and combine them all into one beautiful song. Once again, Bordacchini’s angelic voice is featured heavily.

As she soars across the high soprano melody lines, it’s impossible to not melt into the music and admire the sheer art that emanates from her vocal cords.

Before I get onto the last track, I have to mention the astonishing lead guitar work. It’s always highly artistic, and not just pure shread which I personally find off-putting. The solo lines fit perfectly in with the structure of the music, bringing clear melodic lines that sit above the chaotic instrumentals beneath.

One of my favourite parts of each Fleshgod Apocalypse album is the finishing piano solo. As a pianist myself, I am a sucker for some romantic era style piano music. Thankfully, Veleno did not disappoint! It may have even taken the cake for me over ‘King’. ‘Veleno’ (the track) echos the sentiment of the album. The drama, the big open chords, and the ambiguous tonality creating a wonderfully uneasy atmosphere. The thick textures are gone, the complicated vocal writing is nowhere to be found. Just Ferrini and a piano.

Overall I’d place this album at a 10/10. Drama, mystery, and explosive melody lines; this album had it all for me. I highly recommend picking up a physical copy of this record if you can to support the band. If not, check it out on your favourite streaming service.

‘Veleno’ shows that this band can only go from strength to strength. I can’t wait to see what they come up with next.