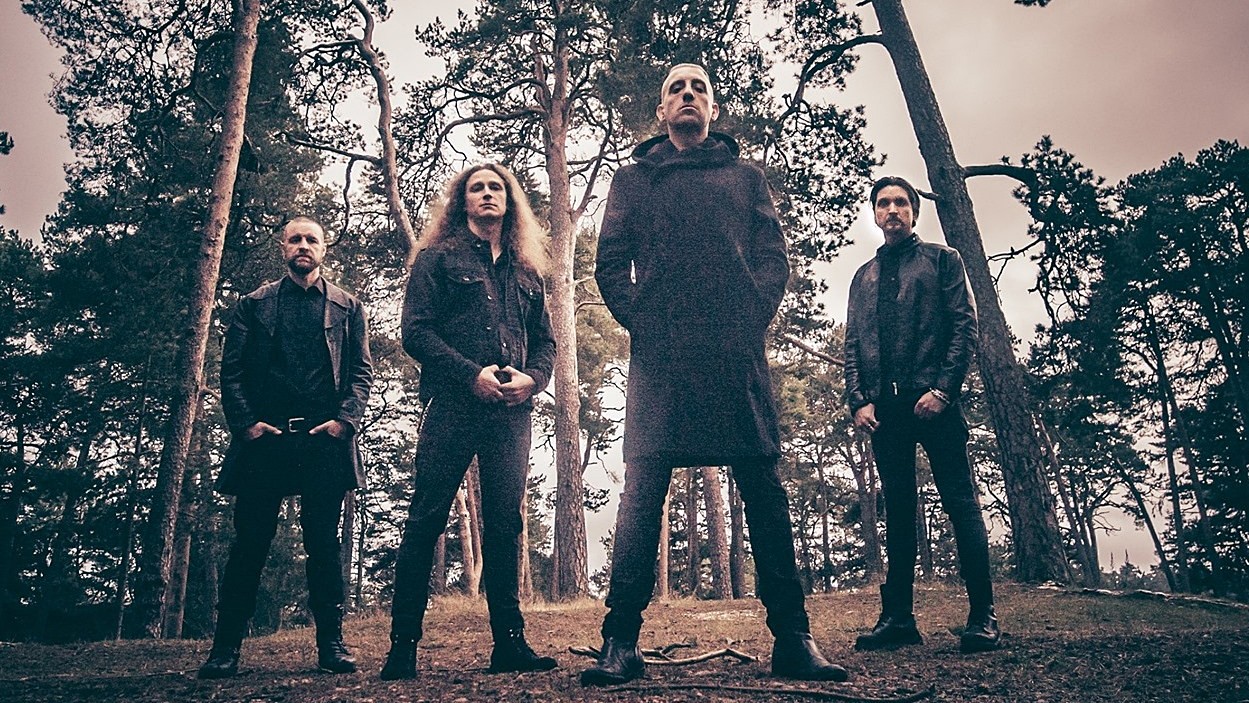 Wheel is a 4 man progressive metal band from Finland. They’ve released two EPs and two albums since 2017, the most recent of which is ‘Resident Human’. One of their singles, ‘Hyperion’, caught my eye and subsequently put this album on my radar. ‘Resident Human’ was my first introduction to the band, and though it’s early into 2021, I must say this is one of my favourite releases of the year so far.

‘Resident Human’ starts right off with the nearly 12-minute track, ‘Dissipating’. The song begins and ends with the same sombre guitar riff that is simple but captivating. It has a cool, spacey feeling to it that is recurring throughout the album. This song builds slowly, but it never becomes uninteresting. There are some undeniable musical influences from Tool, from the song structure down to the guitar tones, and I mean that as a positive. Around eight minutes in, ‘Dissipating’ has its climactic moment, with chugging bass and guitar riffs. It’s a satisfying conclusion and sets the standard for the rest of the record.

‘Movement’ is the title of the next track, and it provides quite a tone shift. The song opens with an explosive bass riff and maintains that intensity from beginning to end. Aki Virta plays the bass on this album and does an excellent job of it. The track is held together with some dynamic drum work. Where ‘Dissipating’ was a slow build to a climactic moment, ‘Movement’ is simply a burst of energy.

That contrast continues throughout ‘Resident Human’, with two more ten-minute epics, and two more short, hard-hitting tracks. The balance between the two styles is an interesting dynamic for the record to lean on. Long songs are, of course, not something new to the world of prog. But I found the way they constructed the album to be fairly unique.

‘Hyperion’ is the second of the ten-minute tracks found on the album, and it shares many of the same praises as the first. One of the key differences, however, is the presence of a chorus. It’s both catchy and memorable, two things that are welcome in an album that often focuses on technicality. The song is groovy and atmospheric, dark and complex. It’s my favourite track on the record, and it’s easy to see why it was released as a single.

‘Fugue’ is a more melancholic track. Though the instrumentation remains rich, the vocals convey just the right amount of emotion for that sorrowfulness to come across well. It’s a positive break before the album’s grand finale.

That finale is the title track, ‘Resident Human’. The third ten-minute epic. Lengthy songs such as these can really drag an album down when done poorly. But I feel the band hits the nail on the head with each one of them and they are the strongest parts of the record. The song starts with a lone ominous guitar riff. Then the rest of the music kicks in and fills the song with catchy and interesting licks. The song builds into the last chorus, which explodes with intense and progressive instrumentation before closing with that same opening riff.

I have very few complaints about this album. If I had to come up with something I’d say it shies away from the more melodic side of prog that I normally enjoy, but that’s more personal preference than it is criticism.

‘Resident Human’ is an album that combines atmosphere and groove, rhythm and technicality. And Wheel displays maturity in sound beyond what you’d expect from a band on their second LP. On the whole, I thoroughly enjoyed listening to this album. And I have no issues in saying that so far this year, Resident Human might just be my favourite progressive album of 2021.