‘Love Is’ is the latest studio album from guitar legend Steve Howe now in his 70s. Known for his work as long term guitarist in the prog-rock band ‘Yes’ and also ‘Asia’, his play styles and influence can be heard throughout the progressive music world en masse. The album is a release in a long line of solo work from Steve.

Jon Davison also features in places on vocals, the man who has been the lead singer for Yes in recent years. Because of this guest feature, it’s probably the closest we’ve had to new Yes material since ‘Heaven & Earth’ in 2014. Whilst Jon Davison recently mentioned on a podcast that a new Yes album may be in the works, I’m not hopeful that it’ll see the light of day any time soon given the current global turmoil of the pandemic.

It’s also worth noting that this is Steve’s first release since his son Virgil Howe died in 2017 which led to the partial posthumous release of the ‘Nexus’ album three months after Virgil’s death, an album they both worked on together.

The first track ‘Fulcrum’ opens the album with a serene acoustic guitar riff which leads my brain to envisage the location portrayed in the album cover. A cool summers day, wandering through the local forest. This instrumental track is a mood brightener and sets the pace for the rest of the album.

‘See Me Through’ introduces on Steve’s warm but familiar vocal chops. Not often prominent in his work with Yes, Steve’s vocals almost always are in the background bringing together multiple harmonisations with Anderson, Squire, Horn, and more throughout their discography. When I’ve seen him perform solo shows live before now at the Jazz Cafe in London, his vocal chops weren’t always up to scratch. Particularly memorably not great when he covered Yes’ Roundabout with him singing the lead vocals. No match for Jon Anderson there…

However clearly when Steve went into the studio for this album he’d put some serious work into his vocals, and it shows throughout the album. 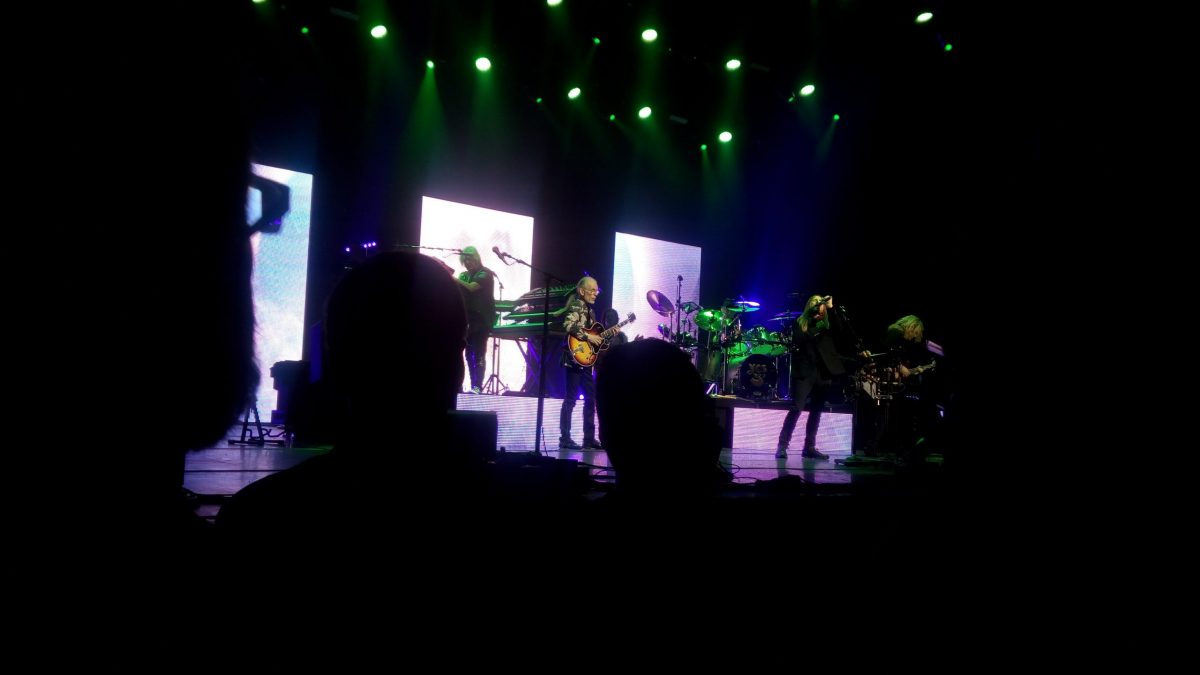 The title track ‘Love Is a River’ is infectious as I find myself humming the chorus line without even realising it whilst going about my day. We have lots of layered guitars, electric with light fuzz effects playing the lead lines above acoustics playing the rhythm and harmonisations.

‘Sound Picture’ takes us back to the instrumental side of his music and reminds me of a lot of Steve Hackett’s guitar work from the 90s. Plenty of blues influence, but Howe is a far less gritty player here when it comes to overdrives and distortions.

The finalé track ‘On the Balcony’ sees a heavier side of Steve’s music, opening with a distorted lick reminiscent of the some of his prior heavier guitar work on albums like Yes’ ‘Drama’. The song provides a nice contrasting closer to ‘Love Is’

This album proves that whilst Steve’s live playing isn’t as up to scratch as it once was, he can still put out wonderful studio albums which are total breaths of fresh air – even when compared to his monstrous discography. Hopefully, we see more solo albums from steve in the future. Although from the sounds of it, he’s likely to be busy with Yes for the foreseeable as they head on tour in 2021 to play ‘Relayer’ in full as part of a postponed UK tour.

If you’re looking to pick up this album, look no further than the official ‘Steve Howe’ store hosted by Burning Shed: https://burningshed.com/store/stevehowe