Transatlantic at the Arcada Theatre in Chicago 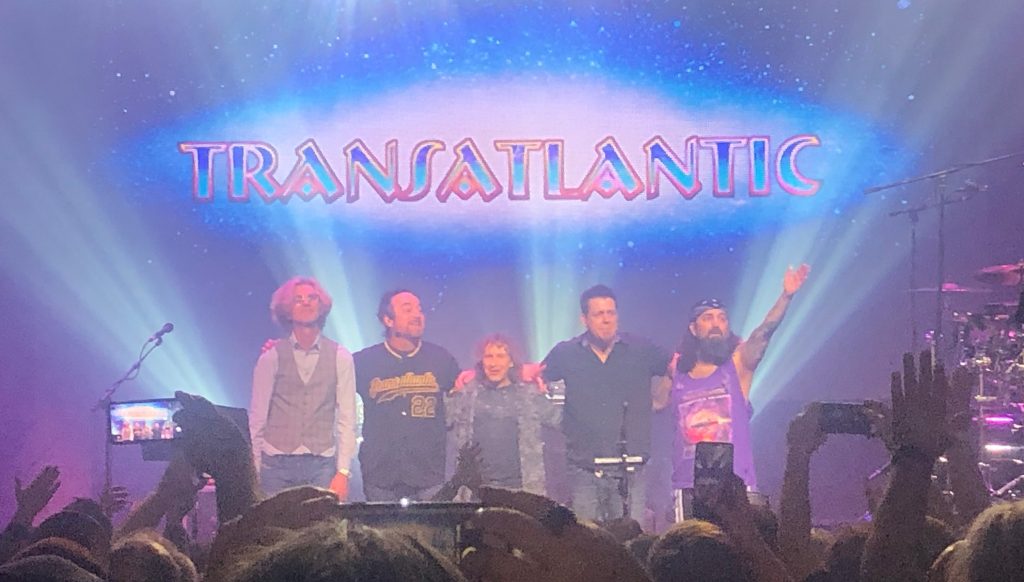 The band taking their final bows

Transatlantic is a prog supergroup made up of Portnoy (ex-Dream Theater, Sons Of Apollo) on drums and vocals, Neal Morse (Flying Colors, NMB) on keyboards and vocals, Roine Stolt (The Flower Kings) on guitar and vocals, and Pete Trewavas (Marillion) on bass and vocals. Joining the band as a touring member once again was Ted Leonard providing additional guitar, keyboard, and vocals.

If you’ve been following the launch of the band’s most recent album, ‘The Absolute Universe’, you’ll have noticed that there have been three versions released. An abridged version that was entitled ‘The Breath Of Life, an extended version entitled ‘Forevermore’, and an even more extended version made for Blu-ray entitled ‘The Ultimate Edition’. For the tour the band is performing ‘The Ultimate Edition’ in its entirety which is an hour and a half of music on its own. Not stopping there, after a brief intermission the band then performed an additional hour of music made up of abridged versions from three of their other albums ‘The Whirlwind’, ‘SMPT:E’, and ‘Bridge Across Forever’. 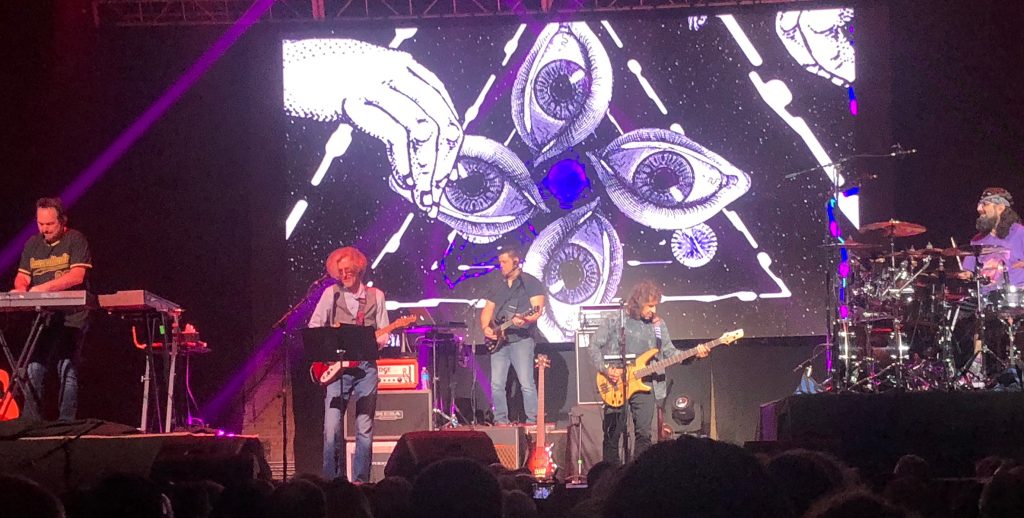 Highlights from the performance included ‘Reaching For The Sky’ (The Ultimate Editions version of ‘Heart Like A Whirlwind’ which has different lyrics) as the energy generated from the driving instrumental performances as well as all band member’s contributions on vocals really set the night in motion. A great sequence of songs occurred starting with the poppy piano-driven ‘Rainbow Sky’ which is a brilliant changeup from its prog predecessors on the album with its Beatles and ELO inspired vibes. ‘Rainbow Sky’ then transitioned to the heavier hitting ‘Looking For The Light’ which elicited big cheers from the audience as its first big chords were struck. The sequence then culminated at the album’s first-half finale ‘The World We Used To Know’ which takes you on a fun prog journey full of guitar swells, punchy fast picked bass riffs, singing rock organs, and the constantly building drums. At one point during ‘The World We Used To Knows’ flashy intro, Trewavas and Leonard began to do choreographed movements together with their guitar and bass.

“Better late than never…we started this album in 2019 BC (before covid) and finally get to play it live three years later,”  said Transatlantic’s Mike Portnoy addressing the audience

‘Love Made A Way’ is the powerful conclusion of ‘The Absolute Universe’ and as the band transitioned out of the energetic ‘The Greatest Story Never Ends’ into the first piano chords of ‘Love Made A Way’ the entire audience stood up and stayed standing for the entire duration of the finale. The chorus from ‘Love Made A Way’ pops up many times throughout ‘The Absolute Universe’ and is always sung by Morse who always brings it with a passion as it does seem to be having an emotional reaction on him. The audience inhibited that same reaction as Morse as while standing they also swayed back and forth with waving hands in the air. After a long applause following ‘The Absolute Universes’ conclusion the band took an intermission and then came back to do a set made up of their other albums. 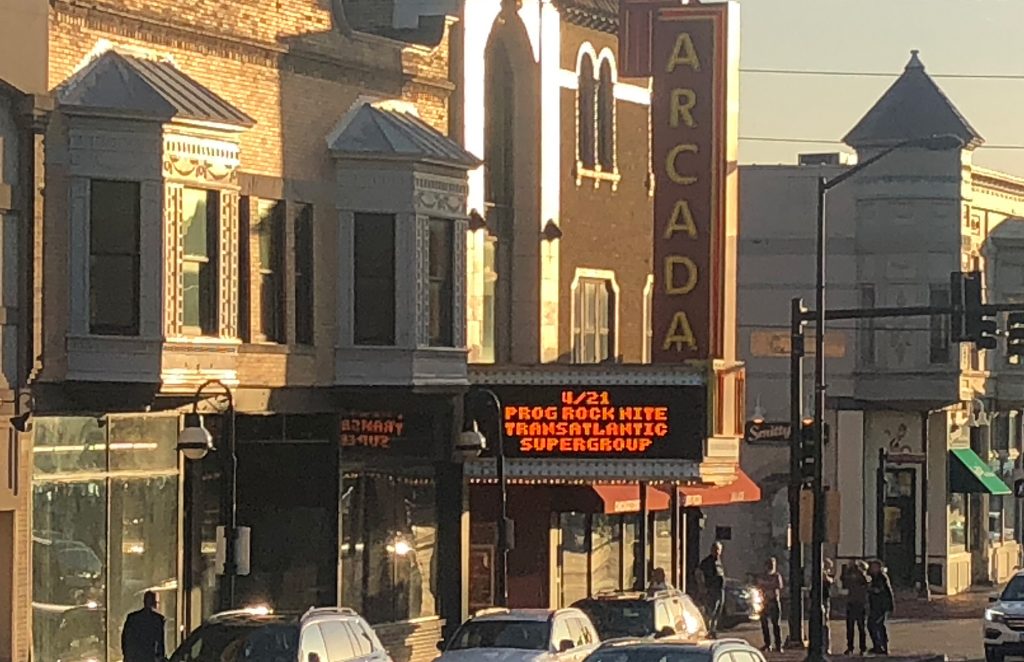 Before the show began…

Highlights from the second set included ‘Is It Really Happening?’ from ‘The Whirlwind’ album. The studio version of this song has always brought out a “wow!” from me anytime I listened to it – and I’ve always pondered about how they would be able to pull it off live, with hypnotic vocals from Trewavas and constant build-up from all instruments to the large climax with new dollops of instrumentation constantly added. I was pleasantly surprised to hear that it sounded just like the studio version live as the members really pulled it off beautifully, tied in with the added visuals on the big screen of the airship flying into a fiery whirlwind made it an amazing experience. One other great part of the second set was the performance of ‘We All Need Some Light’ from the SMPT:e album. Prior to its performance Morse dedicated it to the people of Ukraine. The audience contributed by singing along and bringing out their phone lights and lighters in solidarity.

Overall I felt privileged to be able to attend this concert and to see this incredible band perform their masterpiece that is ‘The Absolute Universe’ in full as it appears there are only select opportunities to see it live with only twelve tour stops total along with performances at Morsefest 2022 and Cruise To The Edge. The band did not disappoint and it is for sure one of the best concerts I’ve ever attended.