Riverside rocking out on stage

Celebrating their 20th Anniversary as a band, Riverside has set off on a North American tour which will be followed by a tour of Latin America. I had the lucky privilege of catching the third performance of the North American tour on April 19th at Chicago’s Bottom Lounge. This is their first North American tour in over two years as well as the first since the start of the pandemic. While their last tour was in support of their most recent studio album 2018’s ‘Wasteland’, the current one is in support of their double-disc ‘Riverside 20 Volumes 1 and 2’ featuring a collaboration of their music over their twenty years as a band. The volumes are divided by shorts (songs under 10 minutes) and longs (songs over 10 minutes) with a total of 33 songs in all.

The start of Riverside’s performance was slightly confusing as the show opened with a montage played over the house speakers of a compilation of their music from their 20 years together. What made it confusing was there was no proper transition from the regular house music that was playing in between the opening act and before Riverside took to the stage. The montage was at the same volume as the house music and there were no lighting queues to say “this is the beginning of the show”. So all in all after recognizing they were playing Riverside songs in this opening montage I had chalked it up to the sound crew accidentally playing the headliner’s music as the house pre-show music. To my surprise, Riverside then took the stage and it finally hit me that it was indeed an opening montage. 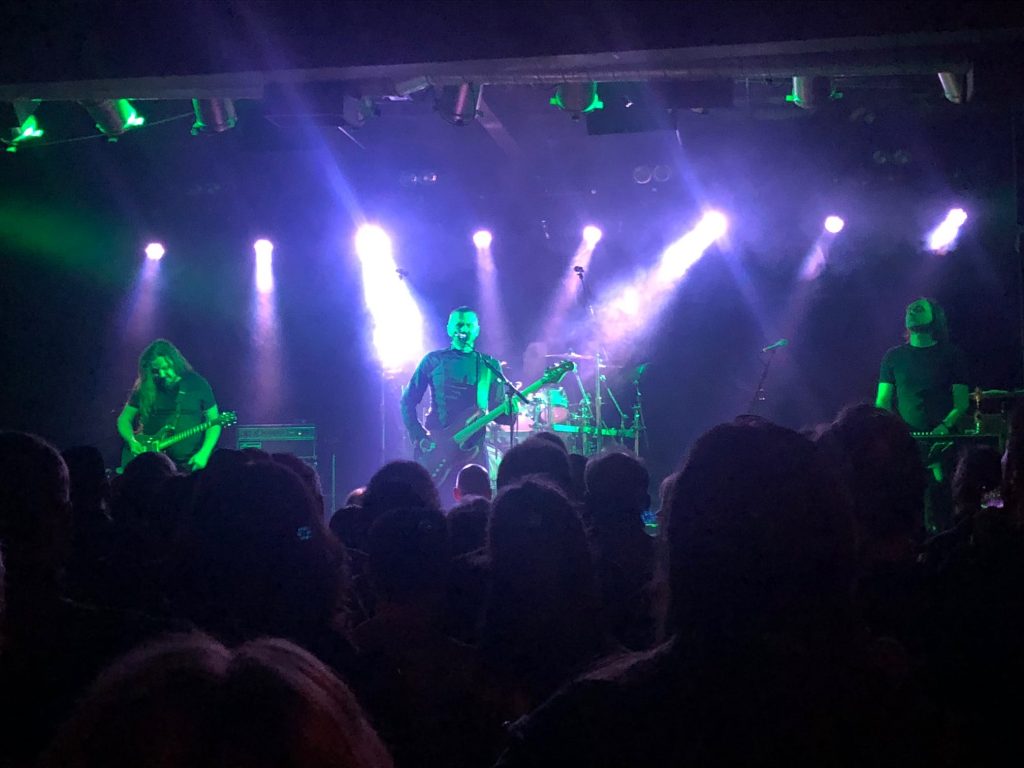 Riverside taking to the stage

The show had begun and the band’s three other main members, bassist and lead vocalist Mariusz Duda, drummer Piotr Kozieradzki, and keyboardist Michal Lapaj began their performance with support from Maciej Meller on guitar who joined the band after Grudzinski’s death. Meller has since been cast as an official member of the band as of February 2020. ‘The Same River’ was the opening song and it opens with a hypnotic and repetitive motif building towards a fast double-timed jam from all members. During the build-up, I enjoyed the rhythmic ambience that bassist and vocalist Duda was creating by picking near the tailpiece of his bass along with adding some wah effects to the rhythms. This was a technique that Duda displayed a couple of other times throughout the night.

Early highlights of the show included ‘Rainbow Box’ one of the shorter songs in a set that featured a majority of their epic over ten-minute songs. Rainbow Box was a great one for Lapaj the band’s keyboardist to show off his screaming rock organ mastery and he did not disappoint. A few songs later during the performance of ‘Escalator Shrine’ the organ malfunctioned and Lapaj was forced to substitute those organ sounds with electric piano from his still working Korg Kronos keyboard. It took the band’s crew the whole thirteen minutes of the song’s duration to get the organ working again which prompted some celebratory improv on the now working organ from Lapaj at ‘Escalator Shrines’ conclusion.

The first instance of audience participation occurred during Riverside’s performance of another of their epics ‘Left Off’ as Duda turned over his melismatic “whoas” to the audience mid-performance. Duda’s cello-like voice is one of the most iconic voices in progressive rock and its beauty was on full display following ‘Left Off’ with the performance of ‘Time Travellers’. 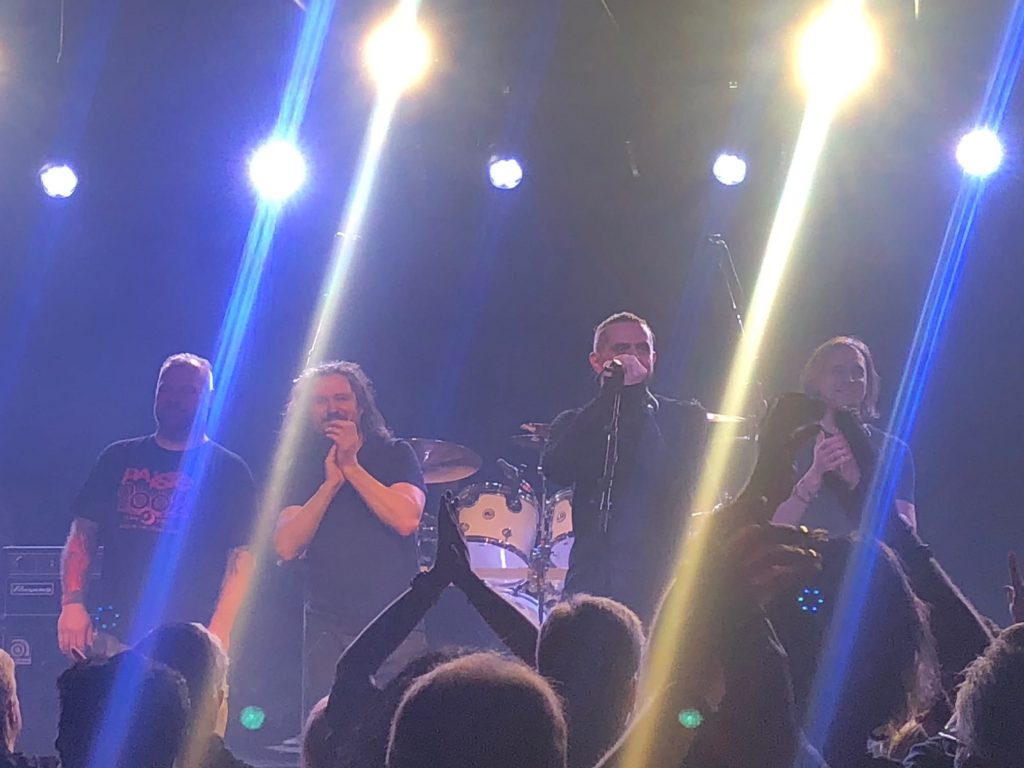 ‘Riverside 20 Volumes 1 and 2’ did include one new original song featured on Volume 1’s shorts CD in ‘Story Of My Dream’ which was also featured in the middle of their set. The regular set concluded with the epic ‘Second Life Syndrome’ which gave Meller a chance to shine with the dramatic solo at the song’s conclusion and left the audience wanting more. After long applause from the audience, Riverside returned with two encores including ‘We Got Use To Us’ and finishing up with ’02 Panic Room’. Overall it was a memorable night as their music draws such an emotional response that can outshine any small production and technical issues.