WYST Hammers of Misfortune: ‘The Bastard’ 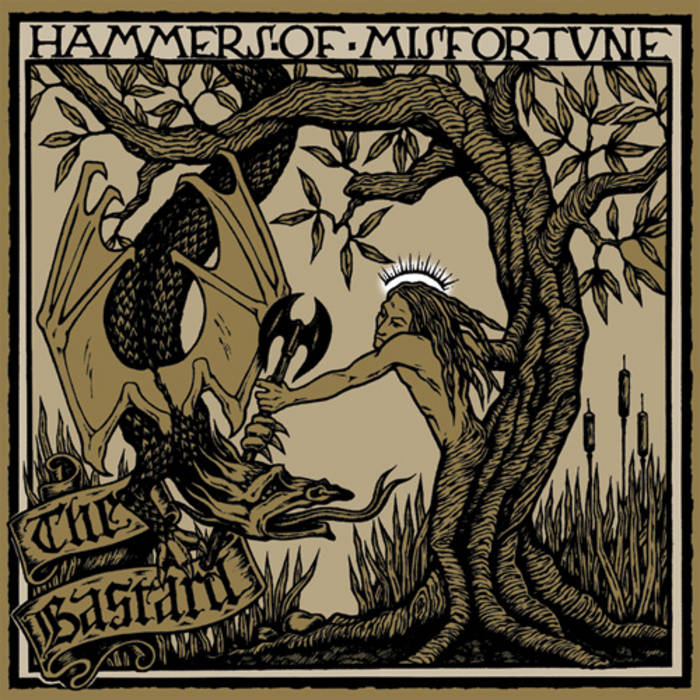 Album cover for ‘The Bastard’

‘Why You Should Try’ (WYST) covers albums that have slipped through the cracks when it comes to mainstream recognition. The articles are designed to give you a taste of what you’re missing so that you can check out the album yourself.

Hammers of Misfortune’s album ‘The Bastard’ is an incredibly unique exploration of brooding and grim fantasy through the combination progressive, heavy, black, and doom metal. These genres practically melt into each other over the course of the album, creating a fresh sound out of three already well-established genres. Although many metal concept albums are often written off as cheesy and ridiculous, The Bastard is cut from a different cloth. The album instrumentally and lyrically commits to telling a dark fantasy tale of deceit, obsession, and betrayal that captures the listener’s full attention.

‘The Bastard’ follows the story of the titular character, the Bastard, as he seeks the answers to his origins. This story is presented in distinct three acts, marked by the tracks ‘The Dragon is Summoned’, ‘An Oath Sworn in Hell’, and ‘The Prophecy Has Two Meanings’. The story’s main antagonist, referred to simply as the Dragon, seeks to punish humankind for failing to pay her tribute. To this end, she creates the Bastard and deceives him into thinking that he is the bastard son of the ruling king. By the Dragon’s coercion, the Bastard beheads the king, overthrows him, and then leads trolls to the kingdom to slaughter the human residents. Although that may sound cheesy, the atmosphere is dead serious.

The album’s transition between black, heavy, and doom metal is so fluid that the genres seem inseparable. This is highlighted in the tracks ‘You Should Have Slain Me’, ‘An Oath Sworn in Hell’, and ‘Sacrifice The End’. Accompanying this, each member of the story’s cast has a corresponding musical motif. This combination of genre-fluidity and deliberately-placed motifs creates a shadowy atmosphere that oscillates between being mystical, suspenseful, livid, and tragic. The lyrics, which are written in verse and are unexpectedly easy and fun to sing along to, further reinforce this atmosphere.

In summary, Hammers of Misfortune’s debut album ‘The Bastard’ is a unique experience. So much of the composition, style, and lyrical flow is dedicated to making a gritty, dark fantasy setting out of an otherwise simple story. This commitment to the theme is rarely seen elsewhere. If you love concept albums, this one is definitely worth a shot.