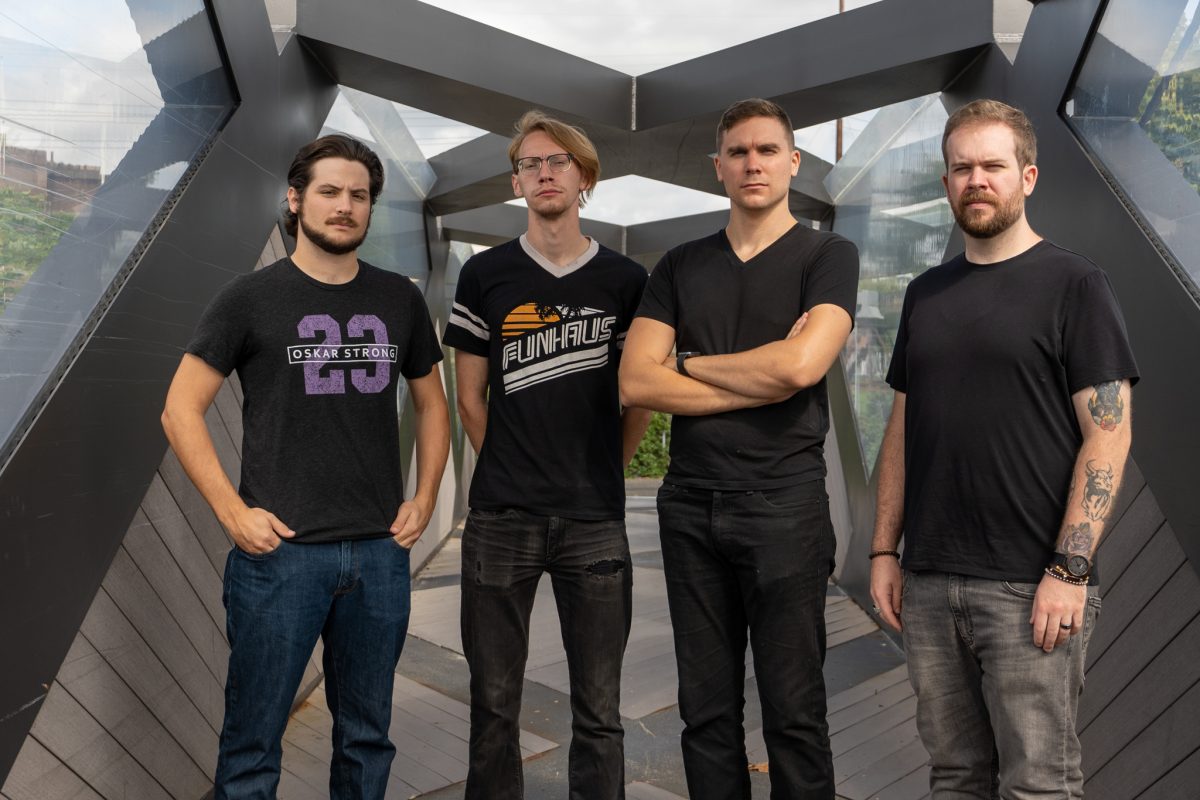 Alustirum are a technical death metal band from Philadelphia. This is the band’s third studio release since forming over half a decade ago. Whilst this release is on the shorter side at 24 minutes, it is still jam-packed full of goodness.

The band wrote the music during the pandemic, as whilst they were originally supposed to release a full-length studio album this year, that got delayed until 2021 and we ended up with this instead. And honestly, I can’t complain. It’s a fantastically well-crafted release that has a great deal of depth too it, especially in the instrumentation department which is what I love in this genre of music. Thick textures, tight playing, and chaos.

This is the first release from this band that I’ve laid my ears upon, and I was instantly impressed. Sometimes I can be very picked about tech-death vocalists – particularly so if lean into slam style vocals. However, in this case, the band’s vocalist Jerry Martin keeps his pipes clean, clear, and controlled, and subsequently absolutely kills it throughout the EP.

The first track ‘Fated to Despair’ is tight and punchy giving the listener instant headbang syndrome right from the start. The introduction is as intense as anything packed full of blast beats and speedy riffs coming from the guitars.

‘Dark Waters’ continues this theme with fast guitar passages inbetween the fantastic vocal performance from coming from Jerry Martin. Even though this is the shortest track on the EP, Alustirum still manage to pack a lot into it.

I’m such a sucker for Opeth, and in the track ‘United in Enmity’ there is a wonderful blend between an electric and acoustic guitar that pulls me into a bit of nostalgia for Opeth’s ‘Deliverance’ and ‘Damnation’ era. This is followed by a guitar lead line that floats through your ears before leading into a Scar Symmetry style vocal breakdown. This might be my favourite section of the EP just for the sonic variety that Alustrium have pulled off here rather successfully.

Then we come onto the finale, the self-titled track ‘Insurmountable’. Starting at a slower tempo, the dark atmosphere that has been created so far still carries through. The arrangement as a whole is fairly chaotic with riffs clashing against each other in quick succession. After that section of chaos at the mid-point of the track, there’s a fantastic guitar solo thrown in above some ambient instrumentation.

However, fear not! Alustrium come full circle back to the aggressive motifs, sensational solos, and complex arranging that is featured throughout much of the rest of this EP.

I’ve been really impressed by this band. If you’re interested in picking up this EP, check out their Bandcamp page.