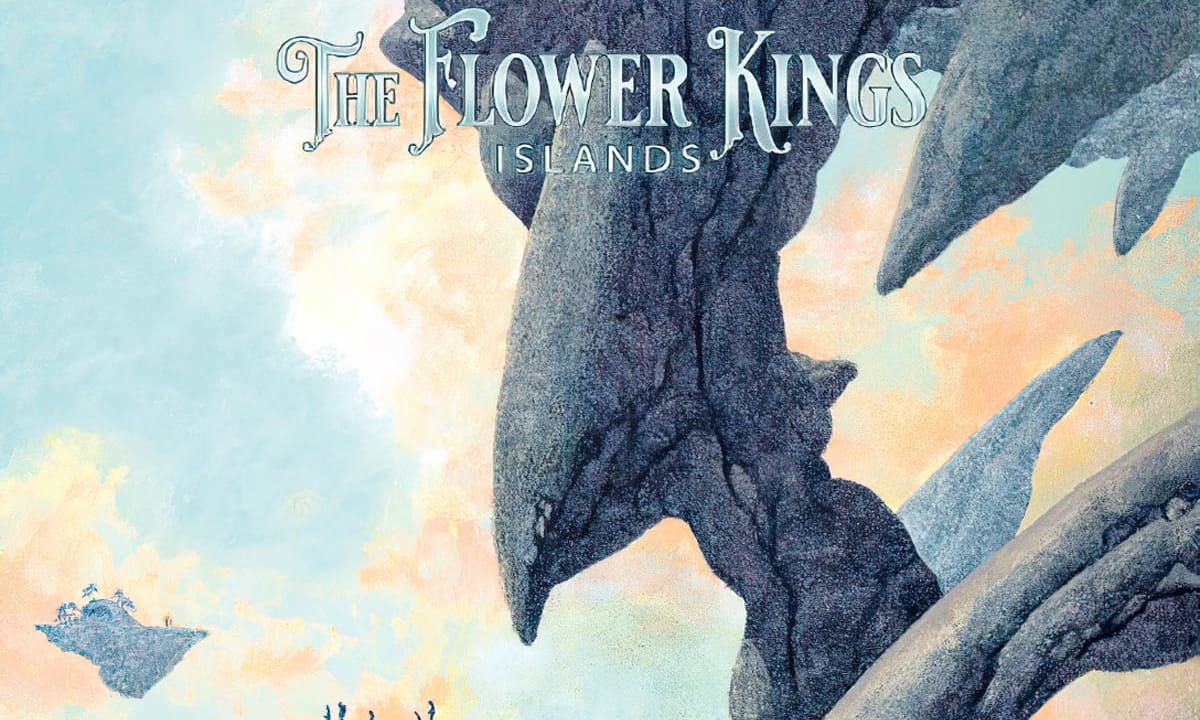 The Album Artwork for ‘Islands’ – Credit: The Flower Kings

The Flower Kings have released another behemoth of an album. ‘Islands’ is their latest release in their now 15 strong studio album discography. Coming in at 96 minutes long, none of the tracks individually are particularly lengthy themselves which makes digesting the album slightly easier than other long-form progressive rock albums. However, it’s certainly still a challenge with an album of this length to keep listeners engaged for such a long period of time. And I believe this is one of their more successful attempts at that in recent years.

In their true fashion of trying to resurrect 1970s prog outfits, the album artwork is a Roger Dean commission – an artist notorious for doing the artwork for Yes over the last few decades. His art style is recognisable from a mile away once you know what you’re looking for.

Whilst I struggled to digest their 2019 release ‘Waiting for Miracles’, something clicked for me with ‘Islands’ and I wasn’t immediately certain why. Possibly it’s that the band have finally settled into a new lineup after almost half a decade of disarray since the departure of Felix Lehmann (Drums) and Tomas Bodin (Keys) at the end of 2015. Having been with the band since the second album, Tomas is quite possibly the greatest loss that The Flower Kings have seen when it comes to long term band members.

Zach Kamins (Keys) and Mirko DeMaio (Drums) are firmly in the band now. However, for most of this album, their presence is understated with Roine Stolt, Hasse Fröberg, and Jonas Reingold taking centre stage.

Without further ado, let’s get into the music.

‘Racing with the Blinders On’ acts as a form of overture for the album with snippets of features from the various band members. Throughout this track, every member gets a chance to showcase their niche in the wider composition. I especially love how high Jonas’ bass is in the mix. His playing really pops through. We’ve even got a bit of mellotron to firmly cement the band’s influences as coming from the original wave of progressive rock bands.

I really love Jonas’ bass playing on ‘Black Swan’. He’s always had a fantastic groove, and his playing on this album really cements his skills in my mind. During the downtime during some of the sparse times in recent years of The Flower Kings, he’s kept busy playing with Steve Hackett’s touring band.

Another standout track in the first half for me is ‘Broken’. The harmonies in the chorus are incredibly satisfying to my ears and have some wonderful countermelodies weaving in and out of the music from the synthesiser department. Compositionally it’s a wonderfully crafted song that keeps you on your toes. I also enjoy when they take a motif and ring it through various instrumentation. In the back half of this track, one particular melody line gets bounced between orchestra and synth.

Jumping forward a tad, ‘Solaris’ is the mid-point epic for the album. Coming in at 9:31 it’s the longest track in a sea of shorter single length pieces of music. The lyrical themes, as well as melodic devices used, paint a wonderful picture of a celestial beach. Especially with how eclectic the solo section is during the mid part of the track. In a very Flower Kings kind of way, the melodies weave in and out of each other creating a great sense of flow. Particularly when motifs are blended together to create something similar, but different. The orchestral elements feel a bit bland but it’s entirely possible that’s because they sound a little too synthesized whilst trying really really hard to sound like the real deal. As an orchestral musician, I occasionally find those sounds jarring, especially when the attack and sustain are completely off-kilter to what the actual instrument sounds like.

‘All I Need Is Love’ starts off the second disc with high energy, but by the time I get to this point in the album I start to get aurally fatigued. There’s a great deal to digest, and unfortunately, it starts to blend together. There’s nothing unique I can really say about the second half of the album that doesn’t also apply to the first. It’s been frustrating to write this review, and also why I’ve dwelled on it for so long, is that nothing different is being said musically. At face value the second half is written fantastically, it’s full of superb musicianship, and generally pleasing to the ears.

Despite that criticism though, disk two is still enjoyable. ‘Northern Lights’ has some luscious vocal harmonies from the vocal stabs in the chorus. Roine sounds incredibly crisp during these moments, and the harmonisations that have been chosen are a dessert to my hungry ears.

One standout moment in the second half of the album is the saxophone work in ‘Serpentine’. As with other sections of the music, I love how the saxophone winds it’s way through the music. Starting off somewhat dissonant in the intro before the song really gets going, it finds it’s place with some obscure scalic choices to accompany the leading melody lines coming from the vocals.

I think on the whole I really struggle with this album, but purely due to the length. If they set aside 40 minutes of fantastic music out of the 96 minutes they’ve offered up, I would be singing their praises. And even though I do believe they were more successful with this album in comparison to last year’s ‘Waiting for Miracles’, it still requires a lot of patience to actually get through. After a few listens it’s become a chore as opposed to a joy to, even though the music inside is objectively very enjoyable.